Martyn Barker (born 14 September 1959, Merseyside) is an English drummer, percussionist, multi-instrumentalist, composer and producer, best known as the drummer for Shriekback. [1] He has also been a member of King Swamp, [2] and worked with Robert Plant, Marianne Faithfull, Sarah Jane Morris, Billy Bragg, Beth Gibbons, Rustin Man, Alain Bashung and Juldeh Camara and Justin Adams. He currently has co-written and co-produced two records with songwriter, vocalist and multi-instrumentalist, Talitha Rise, as well as producing and drumming for acts worldwide. 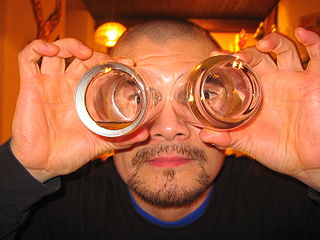 Kazuyuki Kishino, known by his stage name KK Null, is a Japanese experimental multi-instrumentalist active since the early 1980s. He began as a guitarist, but soon added composer, singer, electronic musician and drummer to his list of talents, and also studied Butoh dance at Min Tanaka's workshop.

Barry Andrews is an English singer, songwriter, musician, and keyboardist, formerly of the bands XTC and League of Gentlemen, who co-founded Shriekback. He has collaborated with Brian Eno on several projects, most recently guesting on keyboards for the 2005 album Another Day on Earth. Andrews also played on the 1980 Iggy Pop album Soldier with David Bowie, Ivan Kral, Glen Matlock and Klaus Kruger. 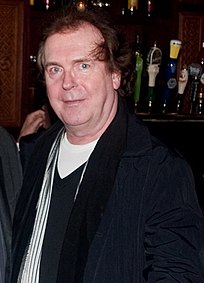 Ian McDonald is an English multi-instrumental musician, best known as a founding member of progressive rock band King Crimson in 1969, and of Foreigner in 1976. He is well regarded as a rock session musician, predominantly as a saxophonist. McDonald also plays keyboards, flute, vibraphone and guitar. 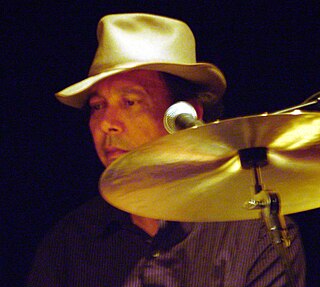 Ricky Fataar is a South African multi-instrumentalist of Cape Malay descent, who has performed as both a drummer and a guitarist. He gained fame as an actor in The Rutles: All You Need Is Cash, a spoof on the actual history of The Beatles in which he also performed as a member of The Rutles. He is also known for his stint as a member of The Beach Boys between 1971 and 1974. Fataar may also be recognized for his contributions as a record producer, and has worked on projects scoring music to film and television.

Samuel Bingham Endicott is an American songwriter, multi-instrumentalist, actor and director. He is best known as the lead vocalist of The Bravery, with whom he recorded three studio albums. He is currently the lead singer of The Mercy Beat.

Patrick Anthony "Pat" Sansone is an American multi-instrumentalist in the rock bands Wilco and The Autumn Defense.

Paul Meany is an American singer-songwriter, multi-instrumentalist & record producer, he is best known as a lead singer and keyboardist for the indie band Mutemath.

Mike Elizondo is an American producer, songwriter, and multi-instrumentalist. A protege of Dr. Dre, Elizondo is noted for a "stunningly diverse CV" that includes work with 50 Cent, Eminem, Carrie Underwood, Fiona Apple, Mastodon, Ry Cooder, and Twenty One Pilots, among others. His songwriting credits include "In Da Club" by 50 Cent, Eminem's "Just Lose It" and "The Real Slim Shady", "Family Affair" by Mary J. Blige, and Carrie Underwood's "Cowboy Casanova". A Grammy Award-winner, He has been associated with records that have cumulatively sold more than 60 million albums in the United States alone. 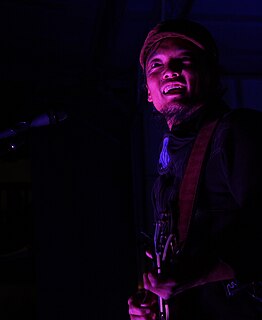 Michael Kang, is a multi-instrumentalist for the jam band The String Cheese Incident.

George Gabriel is an American multi-instrumentalist and composer. He has composed and scored music for television and film for 23 years.

Steuart Smith is an American guitarist and multi-instrumentalist, vocalist, writer and producer from Arlington, Virginia. He was a touring member of the American rock band The Eagles where he has performed as one of the lead guitarists since 2001. 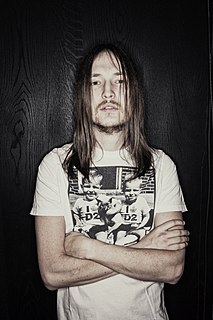 Karl Johan Schuster, known professionally as Shellback, is a Swedish record producer, songwriter, and multi-instrumentalist. Shellback was listed as the No. 1 producer of 2012 on Billboard magazine's year end chart, and he also topped the list of their "Top 10 Songwriters Airplay Chart" the same year; he has won four Grammy Awards.

Y Records was a British independent record label set up in 1980 by Dick O'Dell in the United Kingdom, and distributed by Rough Trade.

Ed Cash is a producer, songwriter, engineer, and multi-instrumentalist. He was named the "Producer of the Year" at the Gospel Music Awards for four consecutive years (2004–2007) and gains recognition for his work with Christian singer Chris Tomlin. In addition to several Grammy Nominations and countless BMI Citations of Achievement, Cash has produced or written with artists such as Steven Curtis Chapman, Vince Gill, Dolly Parton, Colin Bernard, Amy Grant, Bebo Norman, David Crowder Band, Bethany Dillon, Kari Jobe, Dave Barnes, Matt Wertz, Caedmon's Call, Casting Crowns, Annette Lee. He is a member of the band We the Kingdom.

Joe Wong is an American multi-instrumentalist, singer, composer, and podcaster based in Los Angeles, California. He is currently the host of The Trap Set, a weekly podcast and radio show about the lives of musicians.