The office of Mayor of Galway is an honorific title used by the Cathaoirleach of Galway City Council. The council has jurisdiction throughout its administrative area of the city of Galway which is the largest city in the province of Connacht, in Ireland. The current mayor is Colette Connolly, Independent.

Election to the office

The Mayor is elected to office annually by Councillors of Galway City Council from amongst its members. There is no popular vote. Up to 1841, Mayors were elected in August and took office in September. There was a strong tradition of festivities to mark this start of a new municipal year. Current practice is for the term of office to begin in June with the former Mayor presenting the Chain of Office to the incoming Mayor, thus formally inaugurating a new term. The process is repeated the following June, unless the same person is given a second consecutive term.

The office was originally established by a charter issued by King Richard III of England in December 1484 and had significant powers. The office has existed, with a break of ninety-seven years, since it was inaugurated in 1485. The Mayor led Galway Corporation from 1485 to 1841 and again from 1937 to 2001.

Previous to the creation of the mayoralty, the town of Galway was ruled by a Provost or Sovereign, who were appointed by the Earl of Ulster. After the murder of the 3rd Earl in June 1333, the town was under the control of successive members of the Clanricarde line of the House of Burke family. This situation lasted until well into the 15th century. However, charters from Richard II (in 1396) and Edward IV (in 1464) gave the citizens of the town semi-independence from the Clanricardes.

The office of Mayor of Galway was created by a charter issued by King Richard III of England in December 1484 at the solicitation of merchants from the city's leading families, known as the Tribes of Galway. This made Galway a virtual city-state. Although it survived the turbulent 17th century, the massive corruption of the office led to its disestablishment in 1841, when Galway Corporation was relegated to the status of an Urban District Council, headed by a chairman. In 1937 the city regained its corporation status and the office of Mayor was re-installed.

The office was all but abolished under the Local Government Act 2001. All that remains of the office, per section 11 of the Act is a symbolic role: "Subject to this Act, royal charters and letters patent relating to local authorities shall continue to apply for ceremonial and related purposes in accordance with local civic tradition but shall otherwise cease to have effect.". The Act goes on to state the chairman of the Council must be styled the Cathaoirleach and that "Any reference in any other enactment to the lord mayor, mayor, chairman, deputy lord mayor, deputy mayor or vice-chairman or cognate words shall, where the context so requires, be read as a reference to the Cathaoirleach or Leas-Chathaoirleach or other title standing for the time being." (section 31 (3)). 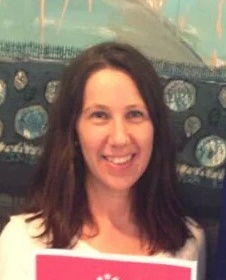 The Lord Mayor of Dublin is the honorary title of the chairman of Dublin City Council which is the local government body for the city of Dublin, the capital of Ireland. The incumbent is councillor Alison Gilliland. The office holder is elected annually by the members of the Council. 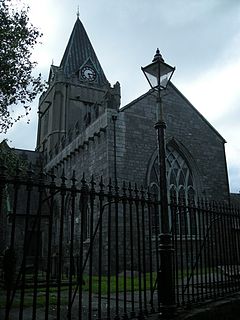 The Collegiate Church of St. Nicholas is a medieval church building in Galway, Ireland. It is a collegiate church and the parish church of St. Nicholas Church of Ireland parish, which covers Galway city. It was founded in 1320 and dedicated to Saint Nicholas of Myra, the patron saint of seafarers, in recognition of Galway's status as a port. The monumental work of Irish genealogy, the Leabhar na nGenealach was produced here in 1650 by Duḃaltaċ MacḞirḃisiġ.

William Óge Martyn was the 101st Mayor of Galway.

The Battle of Knockdoe took place on 19 August 1504 at Knockdoe, in the Parish of Lackagh, County Galway, between two Anglo-Irish lords—Gerald FitzGerald, Earl of Kildare, the Lord Deputy of Ireland, and Ulick Fionn Burke, 6th Clanricarde (d.1509)—along with their respective Irish allies. The cause was a dispute between Maelsechlainn mac Tadhg Ó Cellaigh (O'Kelly), King of Ui Maine – Mod. Irish Uí Mháine) and Clanricarde. The major contemporary sources for this battle are the Gaelic Irish annals and a sixteenth-century manuscript written in the Pale known as "the Book of Howth".

The Lord Mayor of Cork is the honorific title of the Chairman of Cork City Council which is the local government body for the city of Cork in Ireland. The office holder is elected annually by the members of the Council. The incumbent is Colm Kelleher.