Message from the King (album)

Message from the King is a reggae album by Prince Far I and the Arabs, released in 1978.

All tracks composed by Michael Williams and the Arabs:

Englishman is an album by Jamaican dancehall musician Barrington Levy, released in 1979. A relaxed, sultry album, Englishman was one of Levy's most popular albums, especially outside of Jamaica. The Roots Radics provided the rhythm tracks.

Scientist Rids the World of the Evil Curse of the Vampires is an album by the dub musician Scientist. It was originally released in 1981. A digitally remastered version was released by Greensleeves Records as the 25th of their Reggae Classics series in 2001.

Cry Tuff Dub Encounter Chapter 1 is a 1978 dub album by Prince Far I, which was credited on its release to his backing band The Arabs. It was produced by Prince Far I, engineered by Dennis Bovell and Mark Lusardi, and mixed by Adrian Sherwood.

Dub to Africa is a reggae album by Prince Far I.

Jamaican Heroes is a 1980 reggae album by Prince Far I. The musicians included Roots Radics and The Flying Lizards. The album was mixed by Anthony "Crucial Bunny" Graham at Studio One, Jamaica. The cover was designed by Jill Mumfield.

Cry Tuff Dub Encounter Chapter 3 is a 1980 reggae album by Prince Far I & the Arabs. The album was originally released on vinyl in 1980 on the London-based Daddy Kool label, and was reissued on compact disc in 1996 by Pressure Sounds.

Showcase In A Suitcase is a reggae album comprising showcase format material produced by Prince Far I, and performed by Prince Far I, Ashanti Roy, The Wailing Souls, and Naggo Morris. The backing band throughout is the Roots Radics. The tracks on the album were taken from singles released on Prince Far I's Cry Tuff label, and remixed for inclusion on the album. The album reached number six in the UK Reggae Chart published by Sounds in December 1980.

Night Nurse is a 1982 studio album by Gregory Isaacs.

Here I Come is a reggae album by Barrington Levy. The music was recorded at Channel One Studios in Kingston, Jamaica. It was released in 1985 on LP on Time I Records, and once again in 1988 on CD.

Scientist Meets the Space Invaders is a 1981 album by the dub musician Scientist.

Singers & Players were a reggae collective made up of vocalists and musicians associated with Adrian Sherwood's On-U Sound Records. They recorded five albums between 1981 and 1988. 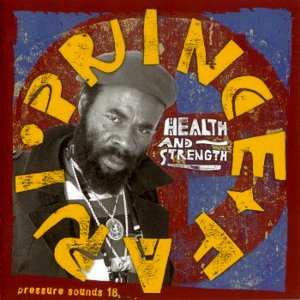 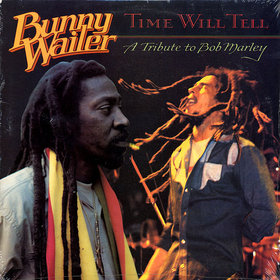 Time Will Tell: A Tribute to Bob Marley is an album by Bunny Wailer, released through Shanachie Records in 1990. In 1991, the album won Wailer the Grammy Award for Best Reggae Recording.