Lessac started his career in theatre after having received a Ph.D. in developmental and perceptual psychology at the University of Pennsylvania in 1965 under the tutelage of Richard Solomon and Henry Gleitman, and was then given a McKnight Fellowship to the Tyronne Guthrie Theater in Minneapolis. Later Lessac was given a two-year Ford Foundation Grant to work at the national theatres of England, Italy, France, Poland, Romania, Yugoslavia and the Soviet Union. He also developed his interest in music and was signed to Columbia Records in 1968 to record an album, Sleep Faster, We Need the Pillow, produced by John Hammond.

From 1974–1984, as founder and artistic director of the Colonnades Theatre Lab in New York City, Lessac produced and directed over thirty productions and maintained and trained a company of eighteen actors, three playwrights, four composers, and a lighting, sound, set design/construction team. The theatre received numerous awards for its work over this period, most notably for its premiere productions of international theatre including original adaptations of the novels of Bulgakov (Molière in Spite of Himself) and Frank O’Connor ("Guests of the Nation" later seen on public television in the US). The Colonnades production of Shakespeare’s Cabaret, transferred to Broadway where it was nominated for several musical Tony Awards.

The Colonnades received Drama Desk and new Drama Forum awards, and was an official Ford Foundation “challenge grant” theatre; an annual recipient of grant awards from the National Endowment for the Humanities, the New York State Council on the Arts, the Axe-Houghton Foundation and the Xerox Corporation. Interspersed with his work at the Colonnades, Lessac directed at the National Theatre of Yugoslavia (Dubrovnik, Zagreb); the Guthrie Theater in M.N.; The Denver Theatre Center; The Arena Stage and the Kennedy Center in Washington D.C. and The Public Theater in New York City.

Lessac then wrote and directed House of Cards starring Tommy Lee Jones and Kathleen Turner, which was produced by A&M and Penta Films, distributed by Miramax (1993). He has directed over 200 television shows and sixteen pilots including Taxi , Newhart , Grace Under Fire , The Drew Carey Show , The Naked Truth , Just Shoot Me , Everybody Loves Raymond , George and Leo , Titus , and Lucky among others. He also directed Kathleen Turner in the one-woman show Tallulah, based on the life of Tallulah Bankhead and has spent six years researching and developing the Truth in Translation Project.

The Guthrie Theater, founded in 1963, is a center for theatre performance, production, education, and professional training in Minneapolis, Minnesota. The concept of the theatre was born in 1959 in a series of discussions between Sir Tyrone Guthrie, Oliver Rea and Peter Zeisler. Disenchanted with Broadway, they intended to form a theater with a resident acting company, to perform classic plays in rotating repertory, while maintaining the highest professional standards.

Theodore Raymond Knight is an American actor. He is best known for his role as Dr. George O'Malley on the ABC medical drama Grey's Anatomy. Having acted on stage since the age of five, Knight had starred on Broadway, off-Broadway, and theatre productions in his home state of Minnesota. He received a Drama Desk Award nomination for his performance in MCC Theater's Scattergood in 2003. He received a nomination for Outstanding Supporting Actor in a Drama Series at the 59th Primetime Emmy Awards.

Michael Wilson is an American stage and screen director working extensively on Broadway, Off-Broadway, and at the nation's leading resident theaters. 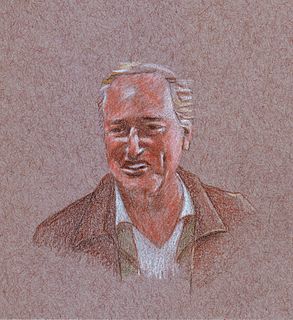 The Soho Repertory Theatre, known as Soho Rep, is an Off-Broadway theater company with a 65-seat space located at 46 Walker Street in the TriBeCa district of Manhattan, New York City. The non-profit theater company was founded in 1975 by Jerry Engelbach and Marlene Swartz in an old hat warehouse on Mercer Street, in SoHo. With a founding mission to produce rarely seen classical works, the theater company has grown from an Off-Off Broadway house in Soho, through multiple locations, to its current home in a 65-seat theatre located at 46 Walker Street between Broadway and Church Street in Tribeca, where they now produce mainly new works on an Off Broadway contract. They are an award-winning theater company which has won multiple prizes, including Obie Awards, Drama Desk Awards, Drama Critics' Circle Awards, and awards from The New York Times.

Scott Turner Schofield is an American actor, writer, producer, and speaker. He is a transgender activist, and uses he/him and they/them pronouns.

Casey Childs is the Founder of Primary Stages (www.primarystages.org)], a New York State non-profit, off-Broadway theater company in New York City. Since founding the company in 1984, he has produced over 130 productions of new plays, many of them world premieres and all of them New York City premieres, by such writers as David Ives, Horton Foote, Charlayne Woodard, Melissa Manchester, Jeffrey Sweet, Donald Margulies, Conor McPherson, Terrence McNally, A.R. Gurney, John Patrick Shanley, Tina Howe, Charles Busch, John Henry Redwood, Romulus Linney, Lee Blessing, Michael Cristofer, Mac Wellman, Lynne Alvarez, Willie Holtzman, Athol Fugard, Brooke Berman, Michael Hollinger and Julia Jordan. He produced the commercial moves of David Ives’ All in the Timing and Mere Mortals and oversaw the commercial moves of Charles Busch's You Should Be So Lucky and Colin Martin's Virgins and Other Myths. He also oversaw the transfer of Horton Foote's Dividing the Estate, which moved to the Booth Theatre on Broadway in association with Lincoln Center Theater. In 2013 in partnership with the New York Yankees, he developed Bronx Bombers which played on Broadway at Circle in the Square. He was the first to produce Conon McPherson in the United States with St. Nicholas starring Brian Cox.

Diane Marie Paulus is an American theatre and opera director who is currently the Terrie and Bradley Bloom Artistic Director of the American Repertory Theater at Harvard University. Paulus was nominated for the Tony Award for Best Direction of a Musical for her revivals of Hair and The Gershwins' Porgy and Bess, and won the award in 2013 for her revival of Pippin.

Ari Roth is an American theatrical producer, playwright, director and educator. He is the Artistic Director of the Mosaic Theater Company of DC. From 1997 to 2014 Roth served as the Artistic Director of Theater J at the Washington, D.C. Jewish Community Center. Over 18 seasons, he produced more than 129 productions and created festivals including “Locally Grown: Community Supported Art,” “Voices from a Changing Middle East”, and Theater J's acclaimed "Beyond The Stage" and "Artistic Director's Roundtable" series. In 2010, Roth was named as one of the Forward 50, honoring nationally prominent “men and women who are leading the American Jewish community into the 21st century.”

WP Theater is a not-for-profit Off-Broadway theater based in New York City. It is the nation’s oldest and largest theater company dedicated to developing, producing and promoting the work of female-identified theater artists at every stage in their careers. Currently, Lisa McNulty serves as the Producing Artistic Director and Michael Sag serves as the Managing Director. 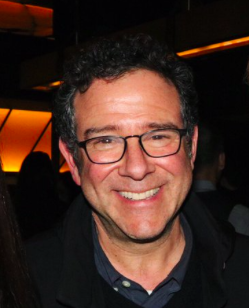 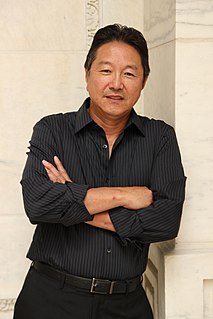 David Grimm is an American playwright.

High is a play written by Matthew Lombardo. The story revolves around a nun, Sister Jamison Connelly, who deals with her sordid past and the people around her with her acerbic wit and wisdom. When Sister Jamison agrees to sponsor a gay 19-year-old drug user and hustler in an effort to help him combat his addiction, her own faith is ultimately tested. HIGH explores the universal themes of truth, forgiveness, redemption and human fallibility.