Michael Lobo (born 12 September 1953) is an Indian scientist, writer, and genealogist. [1] [2] He is the author of three self-published books on the Catholic community in Mangalore, India. [3]

Michael Lobo was born in Mangalore, India to Maisie Lobo (née Fernandes) and Camillo Lobo, both of Mangalorean Catholic descent. He belongs to the Bejai branch of the Lobo-Prabhu clan, that has its roots in the Makhale suburb of Kulshekar, Mangalore. [3] Lobo's father was a British army soldier who served during World War II. [3] He studied at Montfort High School in Yercaud, Tamil Nadu, and graduated from St. Aloysius College. [3] In 1975, he was one of the "National-A" level chess players in the country, which put him among India's top 20 chess players. [4] In 1982, he obtained a PhD from IISc Bangalore, with a degree in Applied Mathematics. His doctoral thesis on Transonic Aerodynamics earned him the "Young Scientist Award" from the Indian National Science Academy (INSA). [4] In 1982, he earned a PhD in aerodynamics mathematics from the Indian Institute of Science, Bangalore, receiving the 1983 Young Scientist Award from Indian National Science Academy. [3]

In 1984, Lobo moved to England where he entered the Cranfield Institute of Technology on a Commonwealth Scholarship, eventually becoming a faculty member. While employed there, Lobo authored papers on Computational Fluid Dynamics (CFD), including Time Marching – A Step-by-step Guide to a Flow Solver (Ashgate Press, 1997). In his spare time he compiled a 1000-page dictionary of English words derived from Classical Greek and wrote a book on the origins of popular Rock'n'roll songs, but neither was published. He returned to Mangalore in 1993, because of "personal crises". [3] [4]

Lobo's interest in genealogy began in 1992, upon his discovery of an antique baptismal register belonging to the period 1810–80 at Milagres Church. While browsing through this register, he discovered the birth record of his great-grandfather, Anthony Peter Lobo. The record traced his parentage to Lawrence Lobo (a Munsiff and eminent member of the 19th century Mangalorean Catholic community) and Ignatia Tellis. He then subsequently scoured the register to locate the birth records of the other children of Lawrence and Ignatia. [5]

This register became the nucleus of his first genealogical project—a biographical compilation of all the descendants of Lawrence Lobo (through both male and female lines of descent). From late 1992 to late 1993, Lobo began working during his spare time on this project, and by the end of 1993, had completed the first draft of his genealogical work on the Lobo-Prabhus of Makhale and their related families. [5] After the end of his contract at the Cranfield Institute of Technology, rather than renew his contract or pursue a contract elsewhere, Lobo decided to give up his mathematical career and pursue a personal project to write the history and genealogy of the Mangalorean Catholic families. [5]

He moved to Mangalore in 1994, and settled down in his family manor "Camelot Residency" on Bijai church road. [4] During 1994–95, Lobo was involved, on a full-time basis, on a research project on the history and genealogy of the Catholic community of Mangalore. He copied almost every 19th century baptismal, marriage and death record he could locate at Rosario Cathedral and Milagres Church, cataloguing them according to surnames. [5] Lobo initially experienced difficulties in the project since only the baptismal registers were maintained in reasonably good condition, while large sections of the marriage and death registers were missing, and it was not feasible to build the genealogy of any family on the basis of baptismal records alone. [5]

However, he had access to other sources of information on the major families, such as the Vas-Naiks of Falnir (the first published work on the genealogy of a Mangalorean Catholic family), Mascarenhas-Prabhus of Falnir, and the Fernandes-Prabhus of Tonse. [5] There were also unpublished genealogies of various other families, most of them written by Mangalorean genealogists Rao Saheb Francis Xavier Lobo and Marian Saldanha. [5] The project took shape as A Genealogical Encyclopaedia of Mangalorean Catholic Families. [4] Lobo also conducted and still conducts personal interviews with many Mangalorean Catholics, who have settled in Bangalore, Mumbai, Chennai, Delhi and various other parts of India and abroad. [5] This work is expected to be about 8 to 10 volumes and as of March 2011, had already crossed 7000 pages. [4]

Lobo has also authored two books on music entitled A Hundred Pages of Classics, Opera and Popular Instrumental Pieces – A Thousand Pages of Songs with Historical Notes and its companion edition Popular Music – A Historical and Thematic Analysis, both of which were released in 2011. [6]

Dr. Oscar Fernandes is an Indian politician, a senior Indian National Congress leader and was the Union Cabinet Minister for Transport, Road and Highways and Labour and Employment, Government Of India in UPA government. He is one of the closest confidants of the present Congress President Rahul Gandhi and one of the major leaders in the taking of important decisions of Congress Party. He is also the Chairman of Central Election Authority of the All India Congress Committee. He was previously the AICC General Secretary, the Minister of State of the Ministry of Labour and Employment in Dr. Manmohan Singh's first UPA government in India. He served as Parliamentary Secretary to Rajiv Gandhi. He was elected to the 7th Lok Sabha in 1980 from Udupi constituency in Karnataka. He was re-elected to the Lok Sabha in 1984, 1989, 1991 and 1996 from the same constituency. Later, he was elected to the Rajya Sabha in 1998. He was re-elected to the Rajya Sabha in 2004. He was a Union Minister from 2004–2009, holding a number of portfolios such as Statistics and Programme Implementation, NRI Affairs, Youth and Sports Affairs and Labour and Employment. He served two terms as a member of the Council of the Indian Institute of Science, Bangalore.

A genealogy book or register is used in Asia and Europe to record the family history of ancestors. 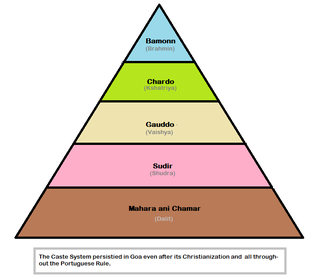 The Roman Catholic Brahmin, also referred to as Bamonn in Konkani, is a caste among the Goan and Mangalorean Catholics, of modern-day descendants of Konkani Brahmin converts to Roman Catholicism. 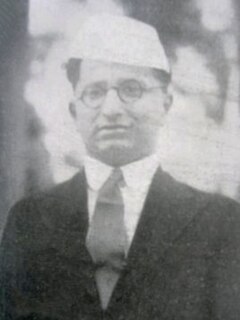 Joachim Ignatius Sebastian Alva or Joachim Piedade Alva was an Indian lawyer, journalist and politician from Mangalore. He was a prominent Christian figure involved in the Indian independence movement.

The 2008 attacks on Christians in southern Karnataka refer to the wave of attacks directed against Christian churches and prayer halls in the Indian city of Mangalore and the surrounding area of southern Karnataka in September and October 2008 by Hindu organizations, Bajrang Dal and the Sri Ram Sena. The attacks were widely perceived by Christians in southern Karnataka to be punishment from right-wing Hindu nationalist organisations because they had been outspoken about Christian persecution in Orissa, after the assassination of Hindu monk Swami Lakshmanananda Saraswati allegedly by the local Christian community and also because the New Life Fellowship Trust (NLFT), a non-denominational Christian Church, was alleged by Bajrang Dal to be responsible for forced conversions of Hindus to Christianity.

Mangaloreans are a collection of ethnic groups that hail from the region of Kanara on the south western coast of Karnataka, India particularly, the residents of Mangaluru.

The Captivity of Mangalorean Catholics at Seringapatam (1784–1799) was a 15-year imprisonment of Mangalorean Catholics and other Christians at Seringapatam in the Indian region of Canara by Tipu Sultan, the de facto ruler of the Kingdom of Mysore. Estimates of the number of captives range from 30,000 to 80,000 but the generally accepted figure is 60,000, as stated by Tipu in the Sultan-ul-Tawarikh. The captivity was the most disconsolate period in the community's history. Its cause is disputed, however it is generally agreed by historians that it was purely due to religious reasons, as Tipu stated: 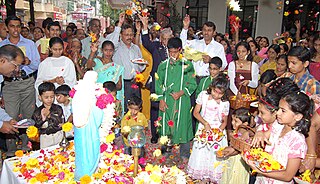 Monti Fest is a major Konkani Catholic festival on 8 September every year. This festival celebrates the Nativity of the Blessed Virgin Mary and in the Mangalorean Catholic community involves blessing of Novem. In certain Goan Catholic dialects the festival's name is corrupted to "Moti Fest".

Mudartha is a family name and title held by some Mangalorean Catholic Bamonn clans hailing from Udupi district in Karnataka.