Michael Anthony Tavera is an American composer best known for his animation scores. He has also worked on countless television series, live-action films, and direct-to-video sequels. He performed at the London Symphony Orchestra.

Tavera grew up in Los Angeles. He is most notable for composing music for shows such as ¡Mucha Lucha! , Star Wars Resistance , and Guardians of the Galaxy .

Halloween is an American slasher franchise that consists of eleven films, as well as novels, comic books, a video game and other merchandise. The films primarily focus on Michael Myers who was committed to a sanitarium as a child for the murder of his sister, Judith Myers. Fifteen years later, he escapes to stalk and kill the people of the fictional town of Haddonfield, Illinois. Michael's killings occur on the holiday of Halloween, on which all of the films primarily take place. The original Halloween, released in 1978, was written by John Carpenter and Debra Hill, and directed by Carpenter. The film, inspired by Alfred Hitchcock's Psycho and Bob Clark's Black Christmas, is known to have inspired a long line of slasher films. 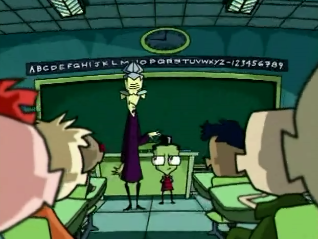 "The Nightmare Begins" is the series premiere of the American animated television series Invader Zim. It originally aired in the United States on Nickelodeon on March 30, 2001.

John Lombardi is an American Democratic politician from Providence, Rhode Island. As President of the Providence City Council, he served as acting mayor for four months between the conviction of Buddy Cianci and the election of David Cicilline.

Groot is a fictional character appearing in American comic books published by Marvel Comics. Created by Stan Lee, Larry Lieber and Jack Kirby, the character first appeared in Tales to Astonish #13. An extraterrestrial, sentient tree-like creature, the original Groot first appeared as an invader that intended to capture humans for experimentation. 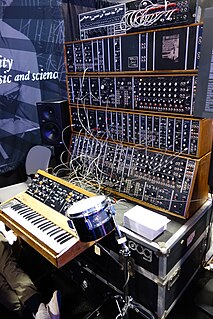 Michael Lehmann Boddicker is an American film composer and session musician, specializing in electronic music. He is a three times National Academy of Recording Arts and Sciences (N.A.R.A.S.) Most Valuable Player "Synthesizer" and MVP Emeritus, he was awarded a Grammy as a songwriter for "Imagination" from Flashdance in 1984. He is the president of The Lehmann Boddicker Group.

Hilary Summers is a Welsh lyric contralto. She was trained at Reading University, the Royal Academy of Music, and the National Opera Studio in London. She has performed on soundtracks such as The Lord of the Rings: The Two Towers, The Libertine, and The Hitchhiker's Guide to the Galaxy. She has created roles for composers Péter Eötvös and Elliott Carter, and is known to have a close working relationship with Michael Nyman. She created the leading role of the Art Banker in Nyman's opera Facing Goya. In 2000 she performed the role of Mars in the first modern revival of Giovanni Legrenzi's La divisione del mondo at the Schwetzingen Festival. Her discography includes, for Chandos, Handel's Partenope and Semele. She sang the Sorceress in Dido and Aeneas at the Opéra-Comique. 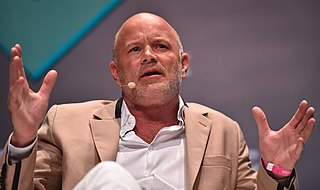 Michael Edward Novogratz is an ex-hedge fund manager, formerly of the investment firm Fortress Investment Group. He is current CEO of Galaxy Investment Partners which focuses on cryptocurrency investments such as Bitcoin and Ethereum. He was ranked a billionaire by Forbes in 2007 prior to the financial crisis of 2007–2008 and then regained his fortune after investing in cryptocurrencies.

Oscar Francisco Taveras was a Dominican–Canadian professional baseball outfielder who played one season for the St. Louis Cardinals of Major League Baseball (MLB). Known as "El Fenómeno" in the Dominican Republic, the Cardinals signed him at age 16 in 2008 as an international amateur free agent and he made his MLB debut in 2014. Over six minor league seasons, he batted .321 with a .519 slugging percentage. He played all three outfield positions while spending most of the time in center field. 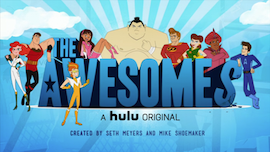 The Awesomes is an American adult animated comedy streaming television series created by Seth Meyers and Mike Shoemaker for Hulu. Meyers and Shoemaker serve as executive producers alongside Lorne Michaels. It debuted on August 1, 2013 and ended on November 3, 2015.

Samsung Internet Browser is a mobile web browser for smartphones and tablets developed by Samsung Electronics. It is based on the open-source Chromium project. It is pre-installed on Samsung Galaxy devices. Since 2015, it has been available for download from Google Play, and recently it is also available for their Tizen-based smartwatch via the Samsung Galaxy Store. Samsung estimated that it had around 400 million monthly active users in 2016. According to StatCounter, it had a market share of around 4.98% around May 2018.

Andrés Pardo de Tavera Luna was a Filipino architect who built the first air-conditioned building in the Philippines, the Crystal Arcade one of the popular tenant of Manila Stock Exchange Building that was once located on No. 71 Escolta Street, Binondo, Manila. He was assigned as the city architect of the City of Manila from 1920 to 1924. His designs were modernist. Some of them were lost during World War II.

Leody Taveras Salazar is a Dominican professional baseball outfielder for the Texas Rangers of Major League Baseball (MLB). He made his MLB debut in 2020.

Henry M. Tavera was an AIDS activist, artistic director, and archivist based in the Mission District of San Francisco, California; his 1979 move to the region put him at the forefront of the AIDS epidemic via his involvement in various HIV/AIDS service organizations as well as AIDS theatre. He also did work around Chicano Gay Activism and teaching/advising. Tavera died on February 27, 2000 at 56 years old from kidney cancer.

Portrait of Juan Pardo de Tavera is a 1609 oil on canvas painting by El Greco, now in the Hospital de Tavera in Toledo, founded by the portrait's subject. It was painted long after the 1545 death of its subject, cardinal Juan Pardo de Tavera, and so the artist modelled the cardinal's features on a funerary mask by Alonso Berruguete. 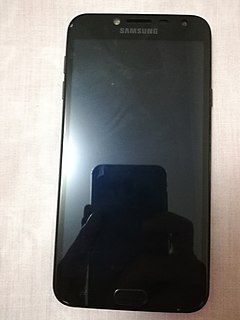 The Samsung Galaxy J4 is an Android smartphone developed by the South Korean manufacturer Samsung Electronics. Announced on May 22, 2018 and released the same day, the J4 is the successor to the Galaxy J3.

One UI is a software overlay developed by Samsung Electronics for its Android devices running Android 9 and higher. Succeeding Samsung Experience and TouchWiz, it is designed to make using larger smartphones easier and become more visually appealing. To provide more clarity, some elements of the UI are tweaked to match the colors that are based on the color of the user's phone. It was unveiled at Samsung's developer conference in 2019 alongside the Galaxy S10 series, Galaxy Buds and the Galaxy Fold.