Alan Anthony Silvestri (born March 26, 1950) is an American composer and conductor known for his film and television scores.

He has frequently collaborated with director Robert Zemeckis, scoring such films as the Back to the Future trilogy, Who Framed Roger Rabbit , Cast Away , and Forrest Gump . He is a two-time Academy Award and Golden Globe Award nominee, and a three-time Saturn Award and Primetime Emmy Award recipient.

Silvestri's grandparents emigrated in 1909 from the Italian town of Castell'Alfero, and settled in Teaneck, New Jersey. [1] He grew up in Teaneck, [2] and graduated in 1968 from Teaneck High School. [3] He went to Berklee College of Music for two years. Silvestri was a drummer for a short time in 1966 with Teaneck-based rock band The Herd.

Silvestri started his film/television composing career in 1972 at age 21 composing the score for the low-budget action film The Doberman Gang .

From 1977 to 1983, Silvestri served as the main composer for the television series CHiPs , writing music for 95 of the series' 139 episodes.

In 1989, Silvestri composed the score for the James Cameron-directed film The Abyss . Since 2001, Silvestri has also collaborated regularly with director Stephen Sommers, scoring the films The Mummy Returns (2001), Van Helsing (2004), and G.I. Joe: The Rise of Cobra (2009).

Silvestri has also composed music for television series, including T. J. Hooker (one episode), Starsky & Hutch (three episodes), Tales from the Crypt (seven episodes). In 2014, he composed the award-winning music for the science documentary series Cosmos: A Spacetime Odyssey .

Silvestri and his wife Sandra own a vineyard, Silvestri Vineyards, located in Carmel Valley, California. [4] He has a daughter and two sons and has a license to fly his own jet plane. [5]

Silvestri was awarded an Honorary Doctorate of Music from Berklee College of Music in 1995. [6]

He has won two Emmys, both for Cosmos: A Spacetime Odyssey – Outstanding Main Title Theme Music and Outstanding Music Composition for a Series for the episode "Standing Up in the Milky Way".

On September 23, 2011, he was awarded with the Max Steiner Film Music Achievement Award by the City of Vienna at the yearly film music gala concert Hollywood in Vienna. 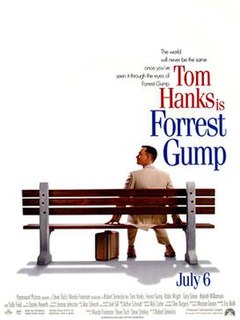 Forrest Gump is a 1994 American magical realism comedy-drama film directed by Robert Zemeckis and written by Eric Roth. It is based on the 1986 novel of the same name by Winston Groom, and stars Tom Hanks, Robin Wright, Gary Sinise, Mykelti Williamson, and Sally Field. The story depicts several decades in the life of Forrest Gump (Hanks), a slow-witted but kind-hearted man from Alabama who witnesses and unwittingly influences several defining historical events in the 20th century United States. The film differs substantially from the novel. 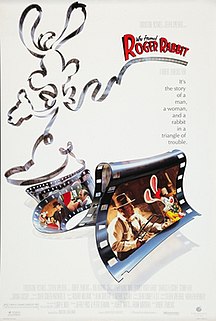 Who Framed Roger Rabbit is a 1988 American live-action/animated mystery comedy film directed by Robert Zemeckis, produced by Frank Marshall and Robert Watts and written by Jeffrey Price and Peter S. Seaman. Loosely based on Gary K. Wolf's 1981 novel Who Censored Roger Rabbit?, it stars Bob Hoskins, Christopher Lloyd, Charles Fleischer, Stubby Kaye, and Joanna Cassidy. Set in a 1947 version of Hollywood where cartoon characters and people co-exist, it follows Eddie Valiant, a private detective who must exonerate "Toon" Roger Rabbit, who is accused of murdering a wealthy businessman. 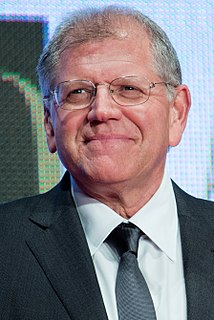 Robert Lee Zemeckis is an American director, film producer and screenwriter frequently credited as an innovator in visual effects. He first came to public attention in the 1980s as the director of Romancing the Stone (1984) and the science-fiction comedy Back to the Future film trilogy, as well as the live-action/animated comedy Who Framed Roger Rabbit (1988). In the 1990s, he directed Death Becomes Her and then diversified into more dramatic fare, including 1994's Forrest Gump, for which he won an Academy Award for Best Director; the film itself won Best Picture. The films he has directed have ranged across a wide variety of genres, for both adults and families.

Jan Hammer is a Czech-American musician, composer and record producer. He first gained his most visible audience while playing keyboards with the Mahavishnu Orchestra in the early 1970s, as well as his film scores for television and film including "Miami Vice Theme" and "Crockett's Theme", from the 1980s television program, Miami Vice. He has continued to work as both a musical performer and producer, expanding to producing film later in his career.

Basil Glen Ballard Jr. is an American songwriter, lyricist, and record producer. He is best known for co-writing and producing Alanis Morissette's 1995 album Jagged Little Pill, which won Grammy Awards for Best Rock Album and Album of the Year, and was ranked by the Rolling Stone as one of the 500 Greatest Albums of All Time. He is also well known for his collaborations with composer Alan Silvestri. He was involved in the recording and writing of Michael Jackson's albums Bad and Dangerous. As a writer, he co-wrote songs including "Man in the Mirror" (1987) and "Hand in My Pocket" (1995). He is the founder of Java Records. He won the 2006 Grammy Award for Best Song Written for a Motion Picture, Television or Other Visual Media for "Believe". In 2011, he founded his own production company known as Augury, focused on developing music-driven projects in film, television, and theater.

Doug Chiang is a Taiwanese-American film designer and artist. He currently serves as vice president and executive creative director of Lucasfilm.

Alf Heiberg Clausen is an American film and television composer. He is best known for his work scoring many episodes of The Simpsons, of which he had been the sole composer between 1990 and 2017. Clausen has scored or orchestrated music for more than 30 films and television shows, including Moonlighting, The Naked Gun, ALF and Ferris Bueller's Day Off. Clausen received an Honorary Doctorate of Music from the prestigious Berklee College of Music in 1996.

The 48th British Film Awards, given by the British Academy of Film and Television Arts in 1995, honoured the best films of 1994. 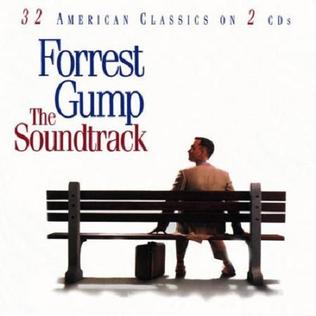 Forrest Gump: The Soundtrack is the soundtrack album based on the Academy Award- and Golden Globe-winning film, Forrest Gump, and contains music from many well-known artists. The score, composed by Alan Silvestri, was released separately on the same day. The album was reissued in 2001 with two additional tracks. 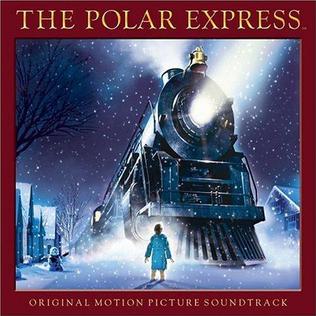 The Polar Express: Original Motion Picture Soundtrack is the soundtrack to the animated film of the same name, released in 2004 through Warner Sunset Records. 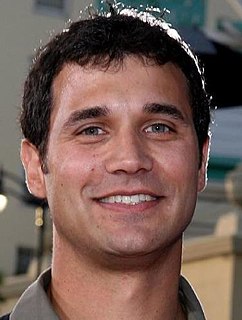 Ramin Djawadi is an Iranian German score composer. He is well known for his scores for the 2008 Marvel film Iron Man and the HBO series Game of Thrones which were both nominated for Grammy Awards in 2009 and 2018 respectively. He has also scored movies such as Clash of the Titans, Pacific Rim, Warcraft and A Wrinkle in Time, and for television series including Game of Thrones, Prison Break, Person of Interest, Jack Ryan, and Westworld. He won two consecutive Emmy Awards for Game of Thrones, in 2018 for the episode "The Dragon and the Wolf" and in 2019 for "The Long Night".

Arthur Robert Schmidt is an American film editor with about 27 film credits between 1977 and 2005. Schmidt has had an extended collaboration with director Robert Zemeckis from Back to the Future (1985) to Cast Away (2000).

Forrest Gump – Original Motion Picture Score is the original score album for the 1994 film Forrest Gump, directed by Robert Zemeckis. The music was composed and conducted by Alan Silvestri. 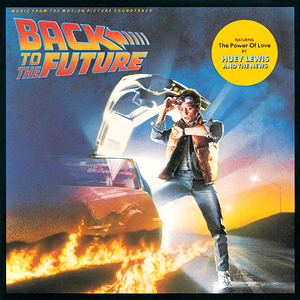 Back to the Future: Music from the Motion Picture Soundtrack is the soundtrack album to the film of the same name. It was released on July 8, 1985 by MCA Records. The album included two tracks culled from Alan Silvestri's compositions for the film, two tracks from Huey Lewis and the News, two songs played by the fictional band Marvin Berry and The Starlighters, one played by Marty McFly and The Starlighters, and two pop songs that are only very briefly heard in the background of the film.

Kenneth "Ken" Ralston is an American visual effects artist, currently the Visual Effect Supervisor and Creative Head at Sony Pictures Imageworks. Ralston began his career at the seminal commercial animation and visual effects company, Cascade Pictures in Hollywood, where he worked on over 150 advertising campaigns in the early 1970s. In 1976, he was hired at Industrial Light & Magic by Dennis Muren to help George Lucas create the effects for Star Wars. He remained in ILM for 20 years before joining Sony Pictures Imageworks as president. Ralston is best known for his work in the films of Robert Zemeckis. 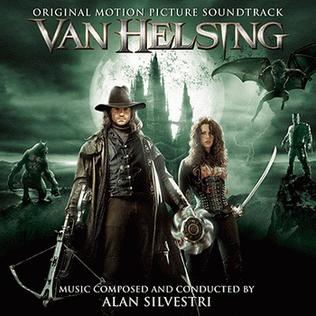 Van Helsing: Original Motion Picture Soundtrack was composed by Alan Silvestri and released on May 4, 2004, by Decca Records. The score accompanies the 2004 film, as its name implies.