The miniseries is about a group of aspiring actors and filmmakers during the Hollywood Golden Age in the post-World War II era trying to make their dreams come true. [2] The series received mixed reviews from critics who praised the acting and production values, but criticized the tone, writing, and artistic license taken. [3] The series received 12 nominations at the 72nd Primetime Emmy Awards, including acting nods for Pope, Taylor, McDermott, and Parsons, winning two.

The series explores Hollywood in 1947-1948, proceeding World War II where traditional power dynamics in the American film industry are systematically dismantled and racism and homophobia are assigned to the dustbin of history.

On February 23, 2019, it was announced that Netflix had given the production a straight-to-series order consisting of seven episodes. The series was created by Ian Brennan, and Ryan Murphy. Brennan and Murphy were also set to executive produce the series alongside Darren Criss and David Corenswet. [7] The series was released on May 1, 2020. [1]

On Rotten Tomatoes, the series holds an approval rating of 57% based on 126 reviews, with an average rating of 6.01/10. The site's critical consensus reads: "With its heart on its sleeve and style to spare, Hollywood is anything but subtle – if only its good intentions were paired with a less convoluted story." [12] On Metacritic, the series has a weighted average score of 55 out of 100, based on 33 critics, indicating "mixed or average reviews". [13]

Writing for the Chicago Sun-Times , Richard Roeper gave the series two-and-a-half stars out of four, saying: "It's a fascinating blend of fact (or least stories based on factual characters) and fiction, and the performances from the cast of rising stars and reliable veterans are dazzling — but like many a motion picture, Hollywood can't overcome script problems that surface about midway through the story." [14]

Conversely, Hugh Montgomery of the BBC described the series as "spineless and inert", giving it one out of five stars and saying "A show about Tinseltown that chose to confront and prod at these continuing, dispiriting realities rather than concoct its own vapid, hubristic fantasies would be worth 10 times this one." [15] Similarly, The Guardian 's Lucy Mangan criticized its "counterfactual history", giving the series a two out of five-star review, writing: "This should be the perfect set-up for a scabrous look at prejudice, corruption, the trading of sexual currency, coercion, the well-oiled machinations that underlie an industry and how it all shapes history — all through a #MeToo lens. But it becomes a mere wish-fulfilment fantasy that, whether it intends to or not, suggests that if a few people had just been that bit braver, then movies – and therefore the world! — would be a glorious, egalitarian Eden. It is a show that is smug and obtuse enough to believe la la land's self-regarding idea that celluloid art directly shapes our lives." [16]

While FAULT Magazine praised the show for its beautiful work on costume design and career topping performances of Dylan McDermott, Jeremy Pope and Samara Weaving, they criticised the show's dangerous embellishment of systemic prejudice of post-war USA. "The only ones who benefit from the erasure of Hollywood's brutal history of racism and homophobia, are those that perpetrated it." [17]

Feature articles in Vanity Fair, [18] Esquire, [19] Town & Country, [20] and Rolling Stone [21] covered the Netflix production as depicting the real-life story of Scotty Bowers, but no reference is made to Bowers or his tell-all book, Full Service: My Adventures in Hollywood and the Secret Sex Lives of the Stars in the Netflix production's credits.

Dylan McDermott is an American actor. He is known for his role as lawyer and law firm head Bobby Donnell on the legal drama series The Practice, which earned him a Golden Globe Award for Best Performance by an Actor in a Television Series – Drama and a nomination for the Primetime Emmy Award for Outstanding Lead Actor in a Drama Series.

Bradley Douglas Falchuk is an American television writer, director, and producer, best known for co-creating with Ryan Murphy the comedy-drama television series Glee, the drama series Pose, the horror-drama anthology series American Horror Story, and the horror comedy Scream Queens. He was also a writer and executive producer for the television series Nip/Tuck and is married to actress Gwyneth Paltrow.

George Albert "Scotty" Bowers was an American who was a United States Marine and, from the 1940s to the 1980s, a Hollywood pimp. Stories of his exploits circulated for many years and were alluded to in books such as the notoriously unreliable Hollywood Babylon. Bowers’ claims were met with both praise and skepticism. 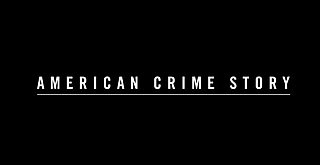 American Crime Story is an American anthology true crime television series developed by Scott Alexander and Larry Karaszewski, who are executive producers with Brad Falchuk, Nina Jacobson, Ryan Murphy, and Brad Simpson. Similar to the fictional horror anthology series American Horror Story, also from Murphy and Falchuk, each season is presented as a self-contained miniseries, following separate unrelated true events. Alexander and Karaszewski did not return after the first season, but they retained executive producer credit. The series is broadcast on the cable television channel FX in the United States. 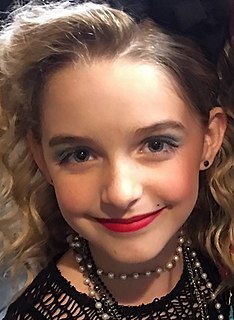 Mckenna Grace is an American child actress. She began acting professionally at the age of six, with her earliest roles including Jasmine Bernstein in the Disney XD sitcom Crash & Bernstein (2012–2014) and Faith Newman in the soap opera The Young and the Restless (2013–2015). She is best known for her roles as Penny Kirkman in the series Designated Survivor, Rose Harbenberger in the comedy series Fuller House (2016–2020), Mary Adler in the Marc Webb drama film Gifted (2017), young Theodora Crain in the Netflix supernatural horror series The Haunting of Hill House (2018), Paige in the television series Young Sheldon (2017), Christmas Flint in the movie Troop Zero (2018), and Esther Keyes in season 4 (2021) of the Hulu series The Handmaid's Tale for which she received a nomination for a Primetime Emmy Award for Outstanding Guest Actress in a Drama Series.

Laura Ruth Harrier is an American actress and model. Harrier began modeling at the age of 17 after she was discovered by a location scout. She moved to New York City where she continued modeling and was represented by such agencies as IMG Models and Wilhelmina Models. She appeared in Vogue, Elle, Glamour, and Cosmopolitan and campaigns for Urban Outfitters, Macy's, and Steve Madden. She was the face of Garnier for a time, appearing in one of their national commercials. After appearing in several commercials and student films, she decided to pursue acting and studied at the William Esper Studio. Harrier was first recognized for her portrayal of Destiny Evans in the 2013 one-season reboot of the American soap opera One Life to Live.

Workin' Moms is a Canadian television sitcom that premiered on CBC Television on January 10, 2017. The show stars Catherine Reitman, Jessalyn Wanlim, Dani Kind and Juno Rinaldi as a group of friends dealing with the challenges of being working mothers. The series is produced by Wolf + Rabbit Entertainment, the production company of Reitman and her husband, Philip Sternberg.

Ratched is an American psychological thriller streaming television series created by Evan Romansky, developed by Ryan Murphy and starring Sarah Paulson in the title role. The series, a prequel to Miloš Forman's 1975 film One Flew Over the Cuckoo's Nest, depicts the life of Mildred Ratched prior to the events portrayed in the film, albeit in a different state. Ratched received a two-season series order; the first season premiered on Netflix on September 18, 2020. 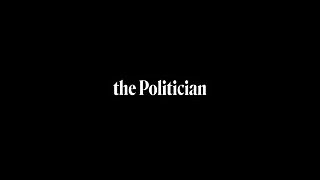 The Politician is an American comedy-drama streaming television series created by Ryan Murphy, Brad Falchuk, and Ian Brennan and released on Netflix. The trio also serve as executive producers with Alexis Martin Woodall, Ben Platt, and Gwyneth Paltrow. The series centers on the story of Payton Hobart (Platt), a wealthy Santa Barbaran, and each season revolves around a different political race his character is involved in. 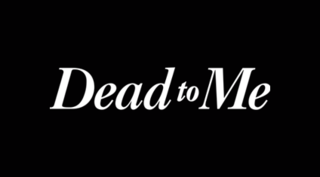 Dead to Me is an American dark comedy streaming television series created by Liz Feldman and executively produced by Feldman, Will Ferrell, Adam McKay, and Jessica Elbaum. The series premiered on May 3, 2019, on Netflix and stars Christina Applegate and Linda Cardellini as two grieving women who bond during therapy. The first season received positive reviews. In June 2019, Netflix renewed the series for a second season which was released on May 8, 2020. At the 71st Primetime Emmy Awards, Applegate received a nomination for Outstanding Lead Actress in a Comedy Series. 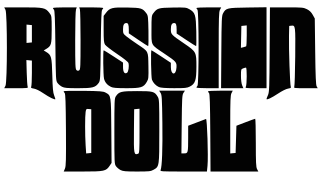 Russian Doll is an American comedy-drama streaming television series, created by Natasha Lyonne, Leslye Headland, and Amy Poehler, that premiered on February 1, 2019, on Netflix. The series follows Nadia Vulvokov (Lyonne), a game developer who repeatedly dies and relives the same night in an ongoing time loop and tries to solve it, leading to her finding Alan Zaveri in the same situation. It also stars Greta Lee, Yul Vazquez, and Elizabeth Ashley. 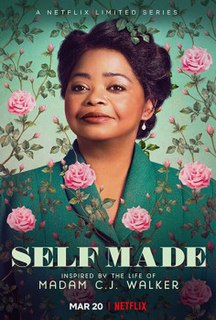 Self Made: Inspired by the Life of Madam C. J. Walker is an American drama streaming television limited series, based on the biography On Her Own Ground by A'Lelia Bundles, that premiered on March 20, 2020 on Netflix. It received generally positive reviews with praise for Octavia Spencer's performance; however it received criticism for various historical inaccuracies and artistic licence. For her performance, Spencer received a nomination for the Primetime Emmy Award for Outstanding Lead Actress in a Limited Series or Movie.

Emily in Paris is an American comedy-drama streaming television series created by Darren Star, which premiered on Netflix on October 2, 2020. The series stars Lily Collins as the eponymous Emily, an American who moves to Paris to provide an American point of view to Savoir, a French marketing firm. There, she struggles to succeed in the workplace while searching for love and experiencing a culture clash with her "boring" and mundane Midwestern U.S. upbringing. It also stars Ashley Park, Philippine Leroy-Beaulieu, Lucas Bravo, Samuel Arnold, Camille Razat, and Bruno Gouery.

David Packard Corenswet is an American actor. After graduating from the Juilliard School in 2016, he began guest starring in television series, including House of Cards in 2018. He then starred in the Netflix series The Politician (2019–present) and Hollywood (2020), both created by Ryan Murphy.

Halston is a 2021 American streaming television miniseries based on the life of designer Halston, starring Ewan McGregor. Adapted from the 1991 book Simply Halston by Steven Gaines, the series was ordered by Netflix in September 2019 and premiered on May 14, 2021.