Mark Ware Isham (born September 7, 1951) is an American musician and film composer. A trumpeter and synthesizer player, Isham works in a variety of genres, including jazz and electronic. [1] [2] He is also a film composer, having worked on numerous films and television series, including The Hitcher, Point Break , A River Runs Through It , Of Mice and Men, Warrior, Nell, Blade, Crash, The Lucky One and Once Upon a Time.

Isham acted as well in Made in Heaven by Alan Rudolph (1987) and directed The Cowboy and the Ballerina in 1998.

Isham was born in New York City, [3] the son of Patricia (née Hammond), a violinist, and Howard Fuller Isham, a Professor of Humanities. [4]

Henry "Hank" Mobley was an American hard bop and soul jazz tenor saxophonist and composer. Mobley was described by Leonard Feather as the "middleweight champion of the tenor saxophone", a metaphor used to describe his tone, that was neither as aggressive as John Coltrane nor as mellow as Stan Getz, and his style that was laid-back, subtle and melodic, especially in contrast with players like Coltrane and Sonny Rollins. The critic Stacia Proefrock claimed him "one of the most underrated musicians of the bop era."

Return to Forever was an American jazz fusion band that was founded by pianist Chick Corea in 1972. The band has had many members, with the only consistent bandmate of Corea's being bassist Stanley Clarke. Along with Weather Report, The Headhunters, and Mahavishnu Orchestra, Return to Forever is often cited as one of the core groups of the jazz-fusion movement of the 1970s. Several musicians, including Clarke, Flora Purim, Airto Moreira and Al Di Meola, came to prominence through their performances on Return to Forever albums.

Harold Montgomory Budd was an American avant-garde composer and poet. Born in Los Angeles and raised in the Mojave Desert, Budd became a respected composer in the minimalist and avant-garde scene of Southern California in the late 1960s, and later became better known for his work with figures such as Brian Eno and Robin Guthrie. Budd developed what he called a "soft pedal" technique for playing piano. 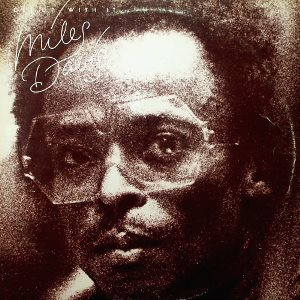 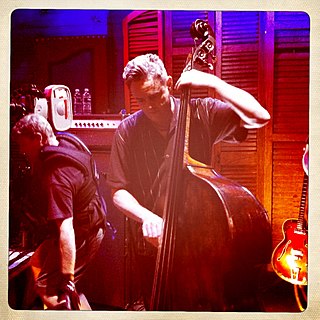 Patrick O'Hearn is an American multi-instrumentalist, composer, and recording artist. 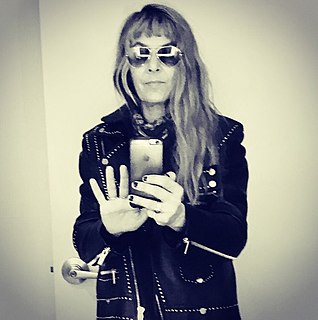 Amanda Kramer is an England-based American composer and touring musician. Kramer first gained prominence as a member of the techno-pop band Information Society and later performed with other alternative rock and new wave groups such as 10,000 Maniacs, World Party, and the Golden Palominos. She has been the keyboardist for the Psychedelic Furs since 2002.

Space music, also called spacemusic, is a subgenre of new-age music and is described as "tranquil, hypnotic and moving". It is derived from ambient music and is associated with lounge music, easy listening, and elevator music.

David M. Torn is an American guitarist, composer, and producer. He is known for combining electronic and acoustic instruments and for his use of looping.

Martin McCarrick is an English cellist, keyboardist, guitarist and composer. Aside from being a live and recording artist, he is also a teacher and visiting lecturer in music.

Steven Bernstein is an American trumpeter, slide trumpeter, arranger/composer and bandleader from New York City. He is best known for his work in The Lounge Lizards, Sex Mob, Spanish Fly and the Millennial Territory Orchestra. Sex Mob's 2006 CD Sexotica was nominated for a Grammy. 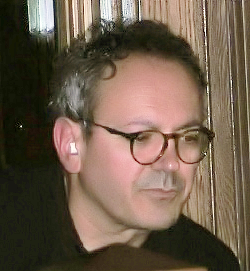 Hector Zazou was a prolific French composer and record producer who worked with, produced, and collaborated with an international array of recording artists. He worked on his own and other artists' albums, including Sandy Dillon, Mimi Goese, Barbara Gogan, Sevara Nazarkhan, Carlos Núñez, Italian group PGR, Anne Grete Preus, Laurence Revey, and Sainkho since 1976.

Miles Davis at Fillmore is a 1970 live album by jazz trumpeter Miles Davis and band, recorded at the Fillmore East, New York City on four consecutive days, June 17 through June 20, 1970, originally released as a double vinyl LP. The performances featured the double keyboard set-up Davis toured with for a few months, with Keith Jarrett and Chick Corea playing electronic organ and Fender Rhodes electric piano, respectively. The group opened for Laura Nyro at these performances. 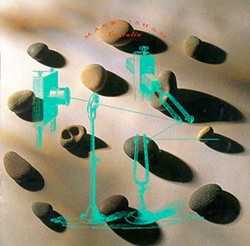 Castalia (1988) is an album by the American trumpeter/synthesist Mark Isham. The title refers to the mythical spring Castalia on Mount Parnassus in Greece. 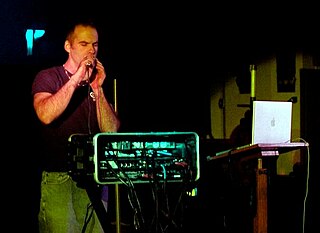 Dean De Benedictis is an American composer, musician, performer, and producer of experimental and alternative music. He is a trained musician and has released albums as a solo artist as well as played with groups such as Brand X and The Strato Ensemble.

This is a timeline documenting events of Jazz in the year 1951.