Virgin established its book publishing arm in the late 1970s; in the latter part of the 1980s Virgin purchased several existing companies, including WH Allen, well known among Doctor Who fans for their Target Books imprint; Virgin Books was incorporated into WH Allen in 1989, but in 1991 WH Allen was renamed Virgin Publishing Ltd.

Virgin Publishing's early success came with the Doctor Who New Adventures novels, officially licensed full-length novels carrying on the story of the popular science-fiction television series following its cancellation in 1989. Virgin published this series from 1991 to 1997, as well as a range of Doctor Who reference books from 1992 to 1998 under the Doctor Who Books imprint.

In recent times the company is best known for its commercial non-fiction list, which includes business, health and lifestyle, music, film, and celebrity biographies. Richard Branson's autobiography Losing My Virginity , released in 1998, was an international best-seller at the time, and continues to sell well. His follow-up title Business Stripped Bare was published in September 2008. Virgin Business Guides included titles by Robert Craven, Paul Barrow and Rachelle Thackray. More recently the company has enjoyed success with Robert H Frank's The Economic Naturalist, where the author had his economics students pose interesting questions from everyday life and explain them through economics.

Random House, through its United Kingdom division, acquired a 90% stake in the company in March 2007. [2] In November 2009, Virgin became an independent imprint within Ebury Publishing, a division of the Random House Group. [3]

Peter Darvill-Evans is an English writer and editor.

Target Books was a British publishing imprint, established in 1973 by Universal-Tandem Publishing Co Ltd, a paperback publishing company. The imprint was established as a children's imprint to complement the adult Tandem imprint, and became well known for their highly successful range of novelisations and other assorted books based on the popular science fiction television series Doctor Who. Their first publications based on the serial were reprints in paperback of three novels which had been previously published as hardbacks: Doctor Who and the Daleks and Doctor Who and the Crusaders by David Whitaker, and Doctor Who and the Zarbi by Bill Strutton. As these sold well further novelisations of the show were commissioned. In 1975 Universal-Tandem was sold by its American owners, the Universal-Award group, to the British conglomerate Howard and Wyndham. The company was renamed Tandem Publishing Ltd before being merged with the paperback imprints of Howard and Wyndham's general publishing house W. H. Allen Ltd to become Wyndham Publications Ltd in 1976. However, during 1977 and 1978 the Wyndham identity was phased out and, until 1990, Target books were published by 'the paperback division of WH Allen & Co'. 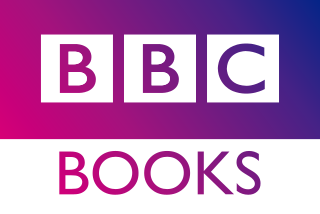 BBC Books is an imprint majority-owned and managed by Penguin Random House through its Ebury Publishing division. The minority shareholder is BBC Studios, the commercial subsidiary of the British Broadcasting Corporation. The imprint has been active since the 1980s.

Cleis Press is an independent publisher of books in the areas of sexuality, erotica, feminism, gay and lesbian studies, gender studies, fiction, and human rights. The press was founded in 1980 in Minneapolis, Minnesota. It later moved to San Francisco and was based out of Berkeley until its purchase by Start Media in 2014. It was founded by Frédérique Delacoste, Felice Newman and Mary Winfrey Trautmann who collectively financed wrote and published the press's first book Fight Back: Feminist Resistance to Male Violence in 1981. In 1987, they published Sex Work: Writings by Women in the Sex Industry by Delacoste with Priscilla Alexander.

Harlequin Enterprises Limited is a romance and women's fiction publisher founded in Winnipeg in 1949. Now based in Toronto, Harlequin was owned by the Torstar Corporation, the largest newspaper publisher in Canada, from 1981 to 2014. It was then purchased by News Corp and is now a division of HarperCollins.

Emily Dubberley is a British author and journalist specialising in sex and relationships. She founded women's sex website Cliterati in 2001 and went on to found Scarlet magazine in September 2004, editing the first ten issues before becoming editor-at-large. She has written 24 internationally selling books since 2004.