Caroline Records is a record label originally founded in 1973. Initially founded in the United Kingdom to showcase British progressive rock groups, the label ceased releasing titles in 1976 and then re-emerged in the United States in 1986 to release the work of American punk, post-punk, and alternative rock bands. Caroline has or had a number of subsidiary labels including Astralwerks, Gyroscope, Caroline Blue Plate, Beat the World, Scamp, and Passenger.

The original Caroline record label started as a subsidiary of Richard Branson's Virgin Records from 1973 to 1976. It specialized in inexpensive LPs by progressive rock and jazz artists that lacked commercial appeal. Caroline records rarely mentioned a connection with Virgin, and some UK and European Virgin albums that were distributed internationally (instead of being manufactured in each country) named Caroline as their American distributor.

The first release was Outside the Dream Syndicate by Tony Conrad and Faust in 1973. The logo was a photographic-style variation of Virgin's "Twins" logo designed by Roger Dean.

Monster Magnet is an American rock band. Hailing from Red Bank, New Jersey, the group was founded in 1989 by Dave Wyndorf, John McBain (guitar) and Tim Cronin ; they have since gone through several lineup changes, leaving Wyndorf as the only constant member. Monster Magnet has released ten studio albums to date, and they are best known for their 1990s hits "Negasonic Teenage Warhead" and "Space Lord". The band has also been credited for developing and popularizing the stoner rock genre, along with Masters of Reality, Kyuss, Fu Manchu and Sleep.

Kevin Ayers was an English singer-songwriter who was a major influential force in the English psychedelic music movement. Ayers was a founding member of the pioneering psychedelic band Soft Machine in the mid-1960s, and was closely associated with the Canterbury scene. He recorded a series of albums as a solo artist and over the years worked with Brian Eno, Syd Barrett, Bridget St John, John Cale, Elton John, Robert Wyatt, Andy Summers, Mike Oldfield, Nico and Ollie Halsall, among others. After living for many years in Deià, Majorca, he returned to the United Kingdom in the mid-1990s before moving to the south of France. His last album, The Unfairground, was released in 2007. The British rock journalist Nick Kent wrote: "Kevin Ayers and Syd Barrett were the two most important people in British pop music. Everything that came after came from them."

Celluloid Records, a French/American record label, founded by Jean Georgakarakos operated from 1976 to 1989 in New York City, and produced a series of eclectic and ground-breaking releases, particularly in the early to late 1980s, largely under the auspices of de facto in-house producer Bill Laswell.

Virgin Music Label & Artist Services is a music distributor of independent record labels, owned by Universal Music Group. Founded in 1983 by Virgin Records as a record importer, Caroline has become one of the U.S. music industry's largest third party distribution companies for the independent music sector. In 1993, when EMI acquired Virgin Records, Caroline Distribution was separated and became part of EMI Music Distribution. The company is currently part of Capitol Music Group.

Großes Wasser is the seventh album by the electronic music outfit Cluster. It was co-produced by former Tangerine Dream member Peter Baumann. Großes Wasser marked the return to Cluster working as a duo of Hans-Joachim Roedelius and Dieter Moebius after two albums collaborating with Brian Eno. 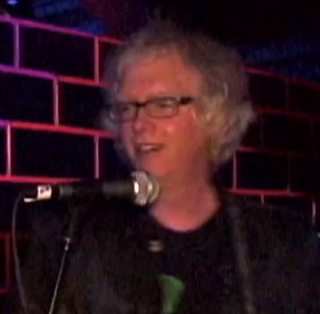 Donald Gene Fleming is an American musician and producer. Besides fronting a number of his own bands, Fleming has produced Sonic Youth, Screaming Trees, Teenage Fanclub and Hole. 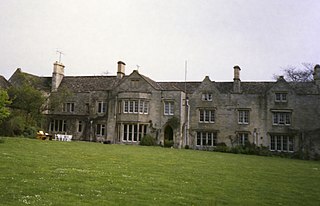 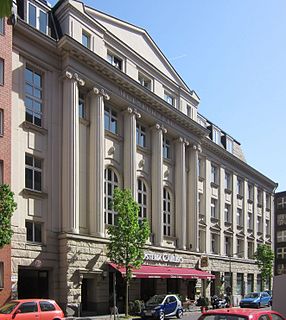 The Hansa Tonstudio is a recording studio, since 1974 located in a former builders' guild hall at Köthener Straße No. 38 in the Kreuzberg district of Berlin, Germany. Famous for its Meistersaal recording hall and situated approximately 150 metres from the former Berlin Wall, it used to be known as "Hansa Studio by the Wall", or "Hansa by the Wall". 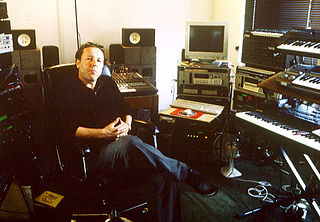 Zeus B. Held is a German music producer and musician, known for his work in the 1970s, 1980s and 1990s. He was involved with several artists of the krautrock, disco, and new wave era, such as Birth Control, Rockets, Gina X Performance, Dead Or Alive, John Foxx, Fashion, and Men Without Hats on their successful album Pop Goes the World.