Astralwerks is an American record label primarily focused on electronic music owned by Universal Music Group. Its material is distributed via Capitol Music Group in the United States. The label was founded in 1993 and, in its early years, featured prominent acts like The Chemical Brothers and Fatboy Slim. In recent years, its roster has expanded to include acts like Halsey, Marshmello, Porter Robinson, Illenium, ZHU and numerous others. In 2018, Astralwerks' headquarters were moved from its original home of New York City to Los Angeles. [1]

Astralwerks was founded in New York City in July 1993 [2] by Brian Long as an electronic and dance imprint of Caroline Records. [3] Long had previously helped curate an electronic music compilation that was released on Caroline called Excursions in Ambience. [2] Caroline's parent company, Virgin Records, sold the label to Thorn EMI soon after Astralwerks' foundation. [4] The first album released on Astralwerks was Tales of Ephidrina by Amorphous Androgynous, an alter ego of The Future Sound of London. In 1994, Peter Wohelski was brought on as the head of A&R. Wohelski is credited with discovering the Chemical Brothers and bringing them into the Astralwerks fold. Their 1995 debut studio album, Exit Planet Dust , sold 750,000 copies in the United States. [3] The duo's 1997 follow-up, Dig Your Own Hole , reached number 14 on the Billboard 200 chart. [2]

In 2007, EMI reorganized its distribution arm, which ultimately saw Glenn Mendlinger take over for Errol Kolosine as the label's general manager. [8] In 2009, the label released David Guetta's One Love . The lead single off that album, "When Love Takes Over," would go on to win a Grammy Award. In 2012, the label released Swedish House Mafia's Until Now which featured the single "Don't You Worry Child." The album reached number 14 on the Billboard 200 while the single made it to number 6 on the Billboard Hot 100. [5]

That year, the Universal Music Group (UMG) purchased EMI, bringing Astralwerks under UMG control where it remains today. [9] As part of the corporate restructuring, Astralwerks became an imprint under the Capitol Music Group. [10] In 2013, the label signed both Porter Robinson [11] and Deadmau5 (along with his Mau5trap imprint). [12] The following year, Astralwerks signed singer Halsey to a record deal. [13] Also that year, Robinson released his debut studio album, Worlds [14] and Deadmau5 also released his Astralwerks debut, While(1<2) . [15] Halsey's debut studio album, Badlands , came in 2015 and peaked at number 2 on the Billboard 200. Her 2017 follow-up, Hopeless Fountain Kingdom , would top the chart. [16]

In 2018, it was announced that Astralwerks would move from New York City to its current home base of Los Angeles. [1] Glenn Mendlinger also stepped down as general manager [17] and was replaced by Toby Andrews. [18] In September 2018, the label announced that it had "relaunched" with a spate of new signings and a new staff at their Los Angeles offices. The new signings included Axwell & Ingrosso and Illenium. Marshmello, another recent Astralwerks signee, released the song "Happier" featuring Bastille which reached number 2 on the Billboard Hot 100 and topped several Billboard charts. [19] In October 2018, the label partnered with gaming personality Ninja on a compilation album [20] that was released in December and featured original songs from Tycho, Alesso, and 3LAU, among others. [21] In 2021, Astralwerks and Blue Note Records collaborated on a series of jazz/electronica albums titled Bluewerks. [22] 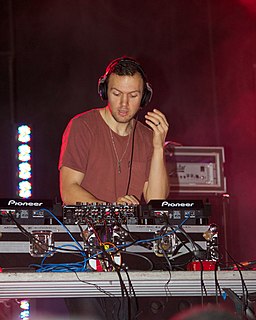 Chris Lake is a British electronic music producer and DJ. He rose to fame in 2006 with his hit single, "Changes", featuring Laura V.

Jeff D'Agostino is an American actor, singer, songwriter, and musician; professionally known as the recording artist Oekiin. After becoming an established TV and film actor, D'Agostino began a career in music. He signed to Rock Mafia Records in 2011, and was signed to Interscope Records by Co-Founder and former Chairman/C.E.O Jimmy Iovine in 2012. He has collaborated on songs with artist/producer Timbaland and DJ/producer Illenium. 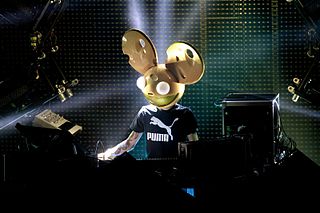 Joel Thomas Zimmerman, known professionally as Deadmau5, is a Canadian electronic music producer, DJ, and musician. He mainly produces progressive house music, though he also produces and DJs other genres of electronic music, including techno under the alias Testpilot. Zimmerman has received six Grammy Award nominations for his work.

Matan Zohar, better known by his stage name Mat Zo, is a British producer and DJ. Zohar released his debut album, Damage Control, via the Anjunabeats and Astralwerks labels on 5 November 2013. His second studio album, Self Assemble, was released on 25 March 2016 under his own Mad Zoo label. 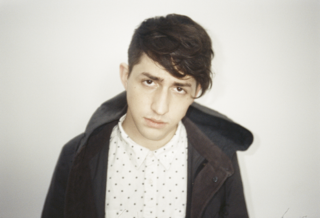 Porter Weston Robinson is an American DJ, record producer, musician, and singer from Chapel Hill, North Carolina. His debut full-length studio album, Worlds, was released in 2014 and peaked at number one on Billboard’s Top Dance/Electronic Albums. Robinson began releasing music under the alias Virtual Self in 2017, with his self-titled EP Virtual Self debuting the same year.

Mau5trap is an independent Canadian record label founded in 2007 by electronic music producer Deadmau5. The label was formerly a vanity label, hosting releases through labels such as Ultra Music, Virgin Records, and Astralwerks.

Owsla is an American record label and creative collective. It was founded by Skrillex, Tim Smith, Kathryn Frazier, and Clayton Blaha in 2011. Skrillex announced the label on August 17, 2011. The label's first release was Porter Robinson's Spitfire. 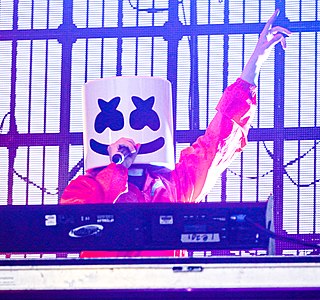 Christopher Comstock, known professionally as Marshmello, is an American electronic music producer and DJ. His songs "Silence", "Wolves", "Friends", "Happier", and "Alone" have been certified multi-platinum in several countries and appeared in the Top 30 of the Billboard Hot 100.

Nicholas D. Miller, known professionally as Illenium, is an American musician, DJ, and record producer. He has released four studio albums, his most recent being Fallen Embers, released in July 2021. One of Illenium's more notable albums, Ascend, was released in August 2019 on Astralwerks. The album was Illenium's first to top the Billboard Dance/Electronic Albums chart and also reached his highest peak on the Billboard 200 at number 14. 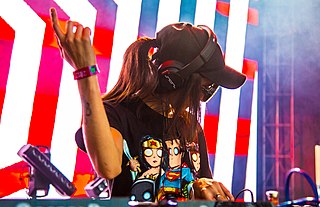 Isabelle Rezazadeh, known by her stage name Rezz, is a Canadian DJ and record producer from Niagara Falls, Ontario. She released her debut EP, Insurrection in 2015 through OWSLA's sub-label Nest HQ. In 2016, she signed with Deadmau5's record label Mau5trap, and released follow-ups The Silence is Deafening and Something Wrong Here. On August 4, 2017, Rezazadeh released her debut studio album, Mass Manipulation, with its follow up, Certain Kind of Magic, released in 2018.

Patrick Cybulski, known by his stage name K?d, is an American electronic musician and DJ. He is known for his single "Lose Myself", which charted on the US Billboard Dance/Mix Show Airplay at #40, as well as his single "Distance", which peaked at #16 on the aforementioned chart. He is also known for his remixes of popular electronic songs, most significantly "Doin' It Right" by Daft Punk and "Renaissance" by Steve James. 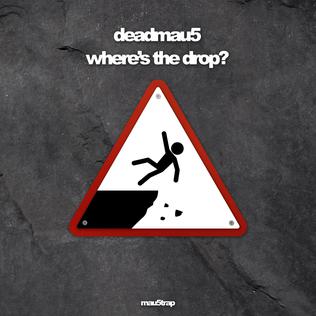 Where's the Drop? is an orchestral compilation album by Canadian electronic music producer Deadmau5. The album comprises re-imagined orchestral arrangements of his previous work, in collaboration with Gregory Reveret. It was released through Mau5trap, initially exclusively on the music streaming service Tidal on March 30, 2018. The album was released on other digital download services and on vinyl on June 29, 2018. A remix album, containing remixes of the tracks by various other artists, entitled Here's the Drop!, was released on October 4, 2019.

"Monophobia" is a song by Canadian electronic music producer Deadmau5 featuring Australian singer Rob Swire. It was released on July 13, 2018, as the first track on Deadmau5's EP and compilation album Mau5ville: Level 1. Prior to its release on the EP, an orchestral rendition of the song was featured on Deadmau5's Where's the Drop?. On release, the song charted on the US Dance/Electronic Songs chart, peaking number 19. A music video for the song was released on Deadmau5's YouTube channel on July 16, 2018. 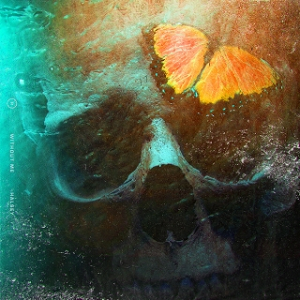 "Without Me" is a song by American singer Halsey, released on October 4, 2018. Halsey wrote the song with Brittany Amaradio, Amy Allen, and Louis Bell; while production was handled by Bell and Dylan Bauld. It interpolates Justin Timberlake's "Cry Me a River" with Timberlake, Timbaland and Scott Storch credited as co-writers. It was released through Capitol Records as the lead single from Halsey's third studio album, Manic. 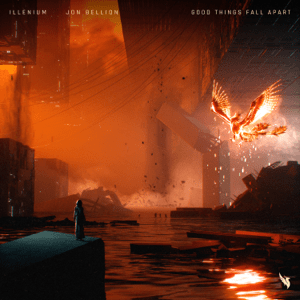 "Good Things Fall Apart" is a song by American EDM producer Illenium and American singer Jon Bellion. It was released on May 13, 2019 on Astralwerks, alongside its lyric video. It serves as the fourth single from Illenium's third studio album Ascend. It became Illenium's first top ten hit on the US Dance/Electronic Songs chart, peaking at number 4. 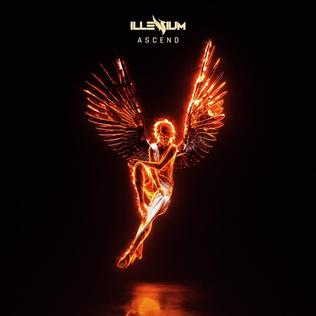 Ascend is the third studio album by American DJ and producer Illenium, released on August 16, 2019, through Astralwerks, making it his major-label debut and his only album on the label. The album features six singles.

"Feel Something" is a single by American DJ Illenium, Canadian producer Excision and American metalcore band I Prevail. It was released on April 3, 2020 via Astralwerks.

Collabs is the eigth extended play (EP) by American singer Halsey, released on July 31, 2020 by Capitol Records. The release marks Halsey's first EP since Room 93 (2014) that is not a live session or remix EP. It is also Halsey's first compilation EP. Collabs was released with no prior announcement and features six songs Halsey had previously released that were collaborations with other artists. Some of the songs are included on her third studio album Manic (2020) while others were originally non-album releases. The EP features appearances by recording artists Dominic Fike, Alanis Morissette, Suga of BTS, Juice Wrld, and Marshmello.