In 2008, Roc Nation was founded by JAY-Z with the intent of signing pop artists and succeeding his previous label, Roc-A-Fella Records.

In February 2015, Roc Nation And Three Six Zero Group announced the formation of Three Six Zero Entertainment, a division Management to representing clients in Film, Television And The Literary Arts. [5]

In 2016, Roc Nation briefly supported Arliss Network, which is a service that does the same thing. It later released the app, www.arlissnetwork.net.

In August 2019, Roc Nation announced a long-term partnership with the National Football League. The company will be the live music entertainment strategist for the league and will focus on enhancing the league's live game day experience, as well as augment social justice efforts through the Inspire Change initiative. [6]

Shawn Corey Carter, known professionally as Jay-Z, is an American rapper, songwriter, record executive, businessman, and media proprietor. He is widely regarded as one of the most influential hip-hop artists in history and is also well known for being the former CEO of Def Jam Recordings, cultivating major industry artists such as Rihanna and Rick Ross.

Cash Money is an American record label founded by two brothers, Bryan "Birdman" Williams and Ronald "Slim" Williams. The label is distributed by Republic, which used to be Universal Republic. The label itself has been home to a roster of hip hop artists, including Lil Wayne, Drake, and Nicki Minaj. This led to Cash Money becoming one of the most successful record labels in hip-hop history. 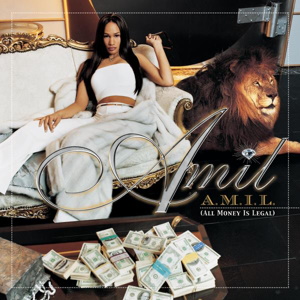 All Money Is Legal, also known as A.M.I.L.: , is the debut studio album by American rapper Amil. It was released on August 29, 2000, through Roc-A-Fella, Columbia, and Sony Music. Jay-Z, Damon Dash, and Amil served as executive producer with a team of producers that included Just Blaze. Before the album's release, Amil was best known for her feature on Jay-Z's 1998 single "Can I Get A...". She was one of several up-and-coming artists signed to Roc-A-Fella, alongside Memphis Bleek and Beanie Sigel, who released an album in 2000. Although it was her only album on Roc-A-Fella, Amil had been closely associated with the label and its cofounder Jay-Z, earning the moniker "First Lady of Roc-A-Fella".

Cláudia Cristina Leite Inácio Pedreira is a Brazilian singer, songwriter, entrepreneur and television personality. She rose to fame in late 2002 as the lead vocalist of the Axé music group Babado Novo. The group achieved a string of consecutive diamond-certified hit singles in Brazil and five golden and platinum albums from 2003 to 2007, as granted by the Brazilian Association of Record Producers (ABPD).

Robert Rihmeek Williams, known professionally as Meek Mill, is an American rapper. Born and raised in Philadelphia, he embarked on his music career as a battle rapper, and later formed a short-lived rap group, The Bloodhoundz. In 2008, Atlanta-based rapper T.I. signed Meek Mill to his first record deal. In February 2011, after leaving Grand Hustle Records, Mill signed with Miami-based rapper Rick Ross's Maybach Music Group (MMG). Mill's debut album, Dreams and Nightmares, was released in 2012 under MMG and Warner Bros. Records. The album, preceded by the lead single "Amen", debuted at number 57 on the U.S. Billboard 200.

Kyle Jason Thousand is a sports agent and the head of the baseball division at Roc Nation Sports.

Takeover Entertainment was a British entertainment company. The organization operates an independent record label, talent agency, a music production company, as well as its own music publishing house. The company was founded in 2006 and is run by Kwasi Danquah III, Archie Lamb and Jack Foster. It specializes in producing R&B, hip hop and electronic music. It was dissolved in October 2013

Tiwatope Savage, is a Nigerian singer, songwriter and actress. Born in Isale Eko, she relocated to London at the age of 11 for her secondary education. Five years later, she began her music career doing backup vocals for artists such as George Michael and Mary J. Blige. After participating in the UK edition of The X Factor and graduating from Berklee College of Music, Savage signed a publishing deal with Sony/ATV Music Publishing in 2009. Inspired by the growth of the Nigerian music industry, Savage moved back to Nigeria and signed with Mavin Records in 2012. She made an appearance on the label's 2012 compilation album Solar Plexus.

Dream Chasers Records is an American record label founded by American hip hop artist Meek Mill. The label is a joint venture with Roc Nation. The name was taken from his well-received mixtape series Dreamchasers.

Chaka Pilgrim is a music industry executive who is most well known as the President of Roc Nation Records. Roc Nation consists of both management and label clients, many of whom Ms. Pilgrim has helped from the beginning of their careers. Some of the notable artists she has worked with include Big Sean, Rihanna, Kanye West, J. Cole, Jay Electronica, Meek Mill, and JAY Z. Besides being a veteran music executive, Pilgrim has also been a key player in TV and film. Early in career, she also served as producer for many well-known classic African-American movies, such as Streets is Watching, State Property and Paid in Full.

Emekwanem Ogugua Biosah Jr., known professionally as Maxo Kream, is an American rapper and songwriter from Houston, Texas. His debut album Punken was released on January 12, 2018, and the follow-up and major label debut, Brandon Banks, was released on July 19, 2019. 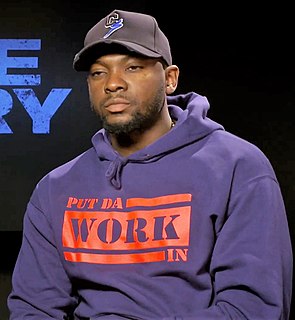 Milandou Badila, known professionally as Young Paris, is a Congolese singer-songwriter, born in Paris and raised in New York. He signed to Jay-Z's Roc Nation in 2016.