Universal Production Music (UPM), formerly known as Killer Tracks, is a company that produces and licenses production music for use in film, television, advertising and interactive media. The company was founded in Hollywood, California, in 1989 with an original catalog of 30 CDs. Today, the UPM's catalog contains over 2,000 CDs of music from 21 global libraries including Atmosphere, Killer Tracks, Koka, Match, and Network Music.[ citation needed ] The company continues to expand its catalog by acquiring new music collections and by producing over 100 new CDs of music each year.[ citation needed ]

In 2012, the company announced the Killer Tracks Artist Series which features original EPs of songs with lyrics from notable artists including Rev Theory and Alex Band, among others. [1] Unlike the rest of the Killer Tracks catalog, which is intended primarily for business-to-business (B2B) licensing, the Artist Series EPs are also widely available to fans and the general public for purchase and streaming through popular digital platforms including iTunes and Spotify.[ citation needed ]

Chess Records was an American record company established in 1950 in Chicago, specializing in blues and rhythm and blues. It was the successor to Aristocrat Records, founded in 1947. It expanded into soul music, gospel music, early rock and roll, and jazz and comedy recordings, released on the Chess and its subsidiary labels Checker and Argo/Cadet. The Chess catalogue is currently owned by Universal Music Group and managed by Geffen Records.

Universal Music Group N.V. is a global music corporation. UMG's corporate headquarters are located in Hilversum, Netherlands and its operational headquarters are located in Santa Monica, California. The biggest music company in the world, it is one of the "Big Three" record labels, along with Sony Music and Warner Music Group. Tencent acquired ten percent of Universal Music Group in March 2020 for €3 billion and acquired an additional ten percent stake in January 2021. Pershing Square Holdings later acquired ten percent of UMG prior to its IPO at Euronext Amsterdam. UMG had its IPO on September 21, 2021. 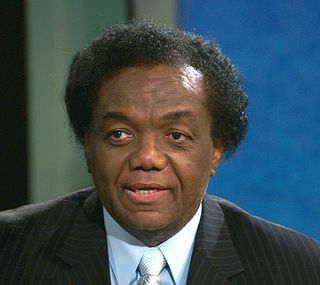 Lamont Herbert Dozier is an American singer, songwriter and record producer, born in Detroit, Michigan, United States. He has co-written and produced 14 US Billboard number 1 hits and 4 number ones in the UK.

Hollywood Records, Inc. is an American record label of the Disney Music Group. The label focuses in pop, rock, alternative, hip hop, and country genres, as well as specializing in mature recordings not suitable for the flagship Walt Disney Records label.

Holland–Dozier–Holland was a songwriting and production team made up of Lamont Dozier and brothers Brian and Eddie Holland. The trio wrote, arranged and produced many songs that helped define the Motown sound in the 1960s. During their tenure at Motown Records from 1962 to 1967, Dozier and Brian Holland were the composers and producers for each song, and Eddie Holland wrote the lyrics and arranged the vocals. Their most celebrated productions were singles for the Four Tops and the Supremes, including 10 out of the Supremes' 12 US No. 1 singles, such as "Baby Love", "Stop! In the Name of Love", and "You Keep Me Hangin' On".

Disney Music Group (DMG) is the music recording arm of Disney Platform Distribution, a division of The Walt Disney Company. It is located at the studio's headquarters in Burbank, California. The division's subsidiaries consist of two owned record labels—Walt Disney Records and Hollywood Records—along with Disney Music Publishing, the publishing entity that administers the company's music, as well as Disney Concerts.

The Four Tops are an American vocal quartet from Detroit who helped to define the city's Motown sound of the 1960s. The group's repertoire has included soul music, R&B, disco, adult contemporary, doo-wop, jazz, and show tunes.

Epitome Music is a creative trend setter on a global scale creating unique production music in areas such as TV shows, commercials, and film trailers. Driven to maximize emotional impact and to create a long lasting impact, Epitome has vetted and hand picked Composer Teams that excel in particular genres with the ability to compose the most authentic, emotionally engaging music.

Boomplay Music is a media streaming and download service developed by Transsnet Music Limited. The service was first launched in Nigeria in 2015 by TECNO Mobile, Transsion Holdings. Boomplay has a freemium and subscription based service; basic features are free with advertisements or limitations, while additional features, such as download for offline play and ad-free listening are offered via paid subscriptions. The service is currently available for Web, Android and iOS use. As of August 3, 2018, Boomplay Music recorded 10 million installations off the Google Play App store. It currently has 75 million users.