In 1989, Jose Behar, the former head of CBS Discos, signed Selena to EMI Latin, because he thought he had discovered the next Gloria Estéfan. [3]

The following is a select list of artists currently or previously signed to the label: [7]

Capitol Records is an American record label owned by Universal Music Group through its Capitol Music Group imprint. It was founded as the first west coast-based record label of note in the United States in 1942 by Johnny Mercer, Buddy DeSylva, and Glenn E. Wallichs. Capitol was acquired by British music conglomerate EMI as its North American subsidiary in 1955. EMI was acquired by Universal Music Group in 2012 and was merged with the company a year later, making Capitol and the Capitol Music Group both a part of UMG. The label's circular headquarters building is a recognized landmark of Hollywood, California. Capitol is well known as the U.S. record label of the Beatles, especially during the years of Beatlemania in America from 1964 to 1967.

El Sexto Sentido is the ninth studio album by Mexican singer Thalía. It was released on 19 July 2005 by EMI Latin. Its music spans several modern genres, such as Latin pop, dance-pop and R&B. The album, which also has a DVD version, reveals a lot about the personality and life of its performer. It brings more mature, demanding, rhythmic and catchy music. The most successful singles of the album were "Amar sin ser amada", "Un alma sentenciada" and "Seducción". Thalía collaborated again with the Colombian songwriter and producer Estéfano. El Sexto Sentido is an album sung in Spanish, except for three songs translated into English at the end of it. The album overall was well planned, well done and played with emotion. 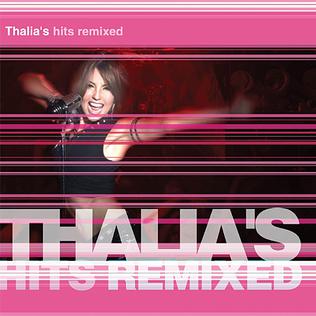 Thalía is the eighth studio album and third eponymous album by Mexican recording artist Thalía, released on July 8, 2003 by Virgin Records and EMI Latin. It is her first English-language album, and shares a title with Thalía's 1990 and 2002 Spanish-language albums. The album had a moderate success selling 750,000 in three months of release.

The 2006 Billboard Latin Music Awards, produced and broadcast lived on Telemundo, were held on Thursday, April 27, 2006. The award show aired on Telemundo at 8pm EST. The awards show and after party were held at the Hard Rock Live in Hollywood, Florida.

Thalía con banda: Grandes éxitos is a 2001 compilation album by Thalía. The album was released in August 2001 while successful singles off her Arrasando album were still receiving heavy airplay, like "Arrasando", "Reencarnacion" and "It's My Party."

Machete Music is an urban music label owned by Universal Music Group. The record label had been largely associated with reggaeton music, but in recent years, it has been also been signing non-reggaeton artists such as Malverde, Mala Rodriguez and Chino XL. The label is part of Universal Music Latin Entertainment. Machete Music is one of the most prevalent labels in the Reggaeton genre. 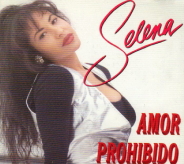 "Amor Prohibido" is the title song of American Tejano singer Selena's fourth studio album of the same name (1994). Released as the lead single through EMI Latin on April 13, 1994, it was written by Selena, her brother and music producer A.B. Quintanilla, and her band's backup vocalist Pete Astudillo. "Amor Prohibido's" lyrical themes have been analyzed by authors, musicologists, and journalists, who found them relevant to issues facing the LGBT community. A popular interpretation compares it to Romeo and Juliet.

EMI Televisa Music or Televisa EMI Music was a record label established in 2005 as a partnership between EMI Latin and Televisa. It focused on Latin American music. The joint venture between the two ended in 2009.

The 2009 Billboard Latin Music Awards was held on Thursday, April 23, 2009 at the BankUnited Center at the University of Miami in Coral Gables, Florida. It is produced and broadcast lived on Telemundo network. The nominees were announced on Tuesday, February 17, 2009 during a live televised morning show Levantate on Telemundo network.

Sony Music Latin is a record label owned by Sony Music. The label focuses on artists of Latin music.

Éxitos y Recuredos is a compilation album series that was first released in 1995 under the title Exitos del Recuerdo which spotlighted Selena. In 1996, the series changed the name to Exitos y Recuerdos spotlighting other artists of different Mexican music genres, mostly of Tejano music singers. The album was produced by EMI-Capitol Special Markets in the United States whereas Madacy Entertainment was produced in Canada.

The Lo Nuestro Award for Artist of the Year is an honor presented annually by American network Univision. The Lo Nuestro Awards were first awarded since 1989 and was established to recognize the most talented performers of Latin music. The nominees and winners were originally selected by a voting poll conducted among program directors of Spanish-language radio stations in the United States and also based on chart performance on Billboard Latin music charts, with the results being tabulated and certified by the accounting firm Deloitte. At the present time, the winners are selected by the audience through an online survey. The trophy awarded is shaped in the form of a treble clef. 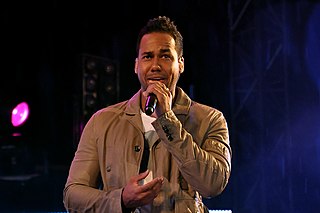 This is a list of notable events in Latin music that took place in 2015. 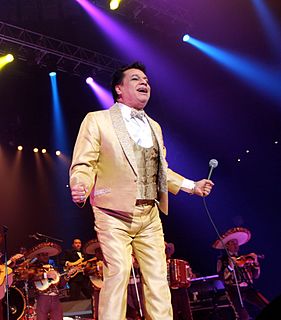 This is a list of notable events in Latin music that took place in 2016. 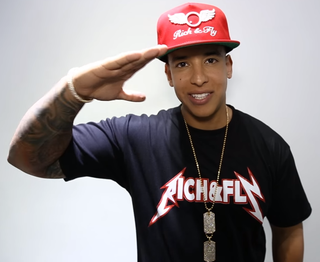 This is a list of notable events in Latin music that took place in 2017.