Tony Touch began as a B-boy during the rap music renaissance era of the early 1980s. [1] Heavily influenced by pioneers like Crazy Legs and the Rock Steady Crew, Grandmaster Flash, Red Alert, Little Louie Vega and Jam Master Jay, he quickly shifted his interests towards the turntables. [1] Tony is known for his mixtapes the 50 Mcs parts 1, 2 and 3. His mixtapes have featured guest appearances from Eminem, KRS-One, Kool G Rap, Big Daddy Kane, Wyclef, M.O.P, Big L, and Mos Def. [1]

In 2000 the single "I Wonder Why" featuring Total was released. The music video featured cameos from John Leguizamo, Rock Steady Crew, Grandmaster Flash, The Awesome 2, Marley Marl, and DJ Premier. [3]

Tony Touch is also known to represent the urban Latino community with his Spanglish lyrics and Salsa roots. [5] This is the result of him growing up with salsa at home and hip-hop influence in his lifestyle. [5]

In 2016 he paired up with Austin Brown to collaborate as CaliYork. They released the single "Show Up At My Place" in September. [9]

Ryan Daniel Montgomery, known professionally as Royce da 5'9", is an American rapper and songwriter. Montgomery is currently one half of the rap duo Bad Meets Evil with fellow Detroit rapper Eminem, and is one half of the hip hop duo PRhyme with producer DJ Premier. He was also one quarter of the hip hop group Slaughterhouse with Joe Budden, Joell Ortiz and Kxng Crooked. Alongside his recording career, Montgomery served as a ghostwriter for the likes of Puff Daddy and Dr. Dre. The editors of About.com ranked him No. 31 on their list of the "Top 50 MCs of Our Time (1987–2007)".

James Christopher D'Agostino, professionally known as DJ Green Lantern, is an American DJ, record producer, and broadcaster from Rochester, New York. In 2002, D'Agostino was signed by American rapper Eminem, to become the official DJ for Shady Records, after DJ Head stepped down for undisclosed reasons. 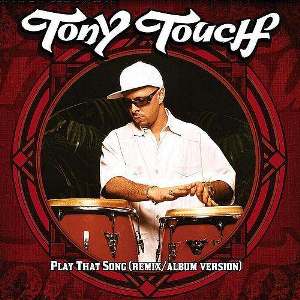 Rafiek George is an underground hip hop rapper from Philadelphia, Pennsylvania, United States. He gives much of the credit for his success to his mother, who worked hard to raise 5 other family members. After graduating he went out to get a recording contract. Supporting himself as a public speaker, youth counselor, and taking parts in talent shows, Journalist eventually earned himself his first paycheck after triumphing in a talent search held at New Jersey's Stardust ballroom two years after graduating. 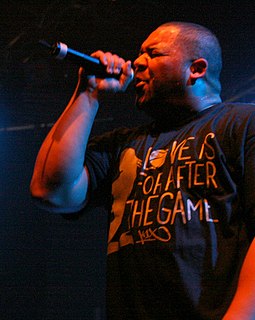 Joell Christopher Ortiz is an American rapper and a member of the group Slaughterhouse. Ortiz grew up in the Cooper Park Houses in the East Williamsburg section of Brooklyn, New York, formerly signed to Dr. Dre's Aftermath Entertainment record label. He was featured in the Unsigned Hype column of the March 2004 issue of The Source Magazine and was also selected as Chairman's Choice in XXL Magazine.

Dominick Antron Wickliffe, better known by his stage names Crooked I and Kxng Crooked, is an American rapper from Long Beach, California. He is best known as a former member of the hip hop supergroup Slaughterhouse with other members Joe Budden, Joell Ortiz and Royce da 5'9". He is currently CEO of his own record labels, Dynasty Entertainment and C.O.B. Digital as well as Senior Vice President of Treacherous Records. Before starting his own label, he was also signed to Virgin Records and Death Row Records.

Domingo Padilla, better known as Domingo, is an American hip hop producer from Brooklyn, New York of Latino descent. He has produced for some well-known hip hop artists such as Das EFX, Immortal Technique, and Rakim, among others. He is closely associated with Kool G Rap.

Slaughterhouse was a hip hop supergroup consisting of rappers Joe Budden, Joell Ortiz, Kxng Crooked and Royce da 5'9". They released two studio albums as a group, the independent Slaughterhouse and the Shady Records/Interscope-backed Welcome to: Our House. 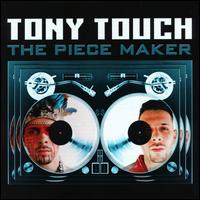 The Piece Maker is the debut album by Tony Touch, released on April 18, 2000, on Tommy Boy Entertainment and Warner Bros. Records. 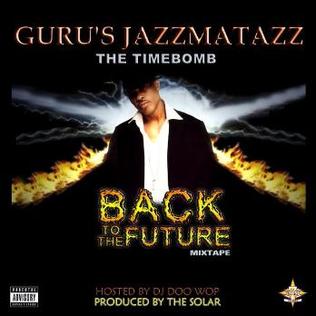 The Timebomb: Back To The Future Mixtape is a commercial mixtape album released by Guru through 7 Grand Records, hosted by DJ Doo Wop and produced by Solar. Released soon after Jazzmatazz, Vol. 4: The Hip-Hop Jazz Messenger: Back to the Future, its press release describes it as "Guru's "raw" companion to the Jazzmatazz Vol. 4 album." 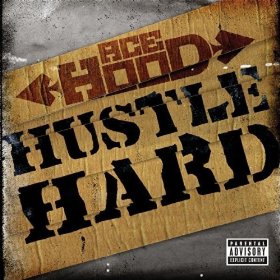 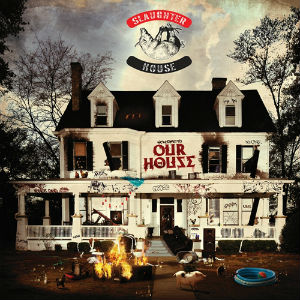 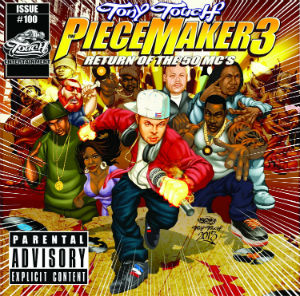 Brian Honeycutt, best known by his stage name Kobe or Kobe Honeycutt, is an American R&B singer and songwriter from Chicago, Illinois. He is perhaps best known for his collaborations with American rapper Eminem, including 2010's "Talkin' 2 Myself", "Cinderella Man" and 2014's "Die Alone".