Verve Forecast Records is a record label formed as a division of Verve Records in 1967 to concentrate on pop, rock, and folk music.

Jerry Schoenbaum of Verve and Moe Asch of Folkways created Verve Folkways in 1964 to take advantage of the popularity of folk music. [1] [2] To broaden the label's appeal, the named was changed from Verve Folkways to Verve Forecast in 1967. [3] Schoenbaum was president of the label. [4]

Schoenbaum left in 1969, and Verve Forecast was closed by its parent company, MGM, in 1970. [4] After PolyGram bought MGM, the Verve Forecast catalog was incorporated into Polydor. The label was revived in the 1990s for smooth jazz releases by Chris Botti, Jeff Lorber, and Will Downing. When PolyGram merged with Universal, the imprint was deactivated and its roster was transferred to GRP. In 2004, Verve Forecast was revived again to replace Blue Thumb to handle acts outside of jazz.

Richard Pierce Havens was an American singer-songwriter and guitarist. His music encompassed elements of folk, soul, and rhythm and blues. He had an intense and rhythmic guitar style, and played soulful covers of pop and folk songs. He was the opening act at Woodstock. 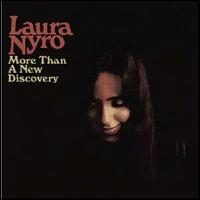 More Than a New Discovery is the debut album by Bronx-born singer, songwriter, and pianist Laura Nyro. It was recorded during 1966 and released early in following year on the Verve Folkways imprint of the Verve Records label. 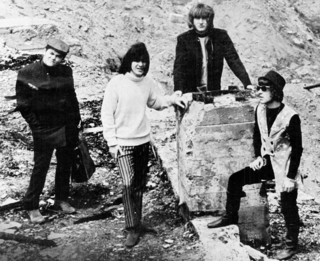 The Paupers were a Canadian psychedelic rock band from Toronto, Ontario, who recorded between 1965 and 1968. They released two albums for Verve Forecast Records and appeared at the Monterey International Pop Festival. 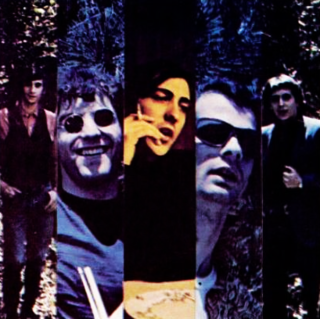 Mixed Bag is the debut studio album by Richie Havens and was released in 1966. Although it was Havens' first album release, Douglas Records later issued two unauthorized albums of material that had been recorded prior to the Mixed Bag recording sessions—Electric Havens (1968) and Richie Havens' Record (1969). Mixed Bag was released after Havens signed on with manager Albert Grossman and was released on Verve Folkways, a new folk music imprint of Verve Records.

Richard P. Havens, 1983 is a 1968 double album set by folk rock musician Richie Havens featuring a combination of studio recordings and live material recorded in concert during July 1968. The album combined original material with several of the covers for which Havens is known. Notable songs include the singles "Stop Pushing and Pulling Me" and "Indian Rope Man", the latter of which has been multiply covered under its own name and in retooled identity as "African Herbsman." The genre-bending album was critically and commercially well-received, reaching #80 on the Billboard "Pop Albums" chart. Initially released on the Verve label, it has been reissued multiple times in various formats, including by Verve subsidiary Verver Forecast/PolyGram and Australian label Raven Records. It has also been compiled with albums Mixed Bag and Something Else Again in multi-cd set Flyin' Bird: The Verve Forecast Years on the Hip-O Select/Universal label.

James Edward Bond Jr., known as Jimmy Bond, was an American double bass player, arranger and composer who performed and recorded with many leading jazz, blues, folk and rock musicians between the 1950s and 1980s.

Rick Shorter was a songwriter, music producer, and author. During the 1960s when he was most active, he produced and arranged for a multitude of artists. They include Ciska Peters, Big Dee Irwin, and Galt MacDermot. His compositions have been covered by Ola & the Janglers, The Five Tornados, Johnny And The Hurricanes, The Liverbirds, The Esquires, Gene Pitney and Burl Ives. He also composed, arranged, and produced "If I Call You By Some Name" which was a hit for The Paupers. In the 1970s, Shorter returned to his faith and, along with his wife Gwen became very active in the Seventh-day Adventist church from which he had drifted away over prior years.

Something Blue is an album by blues musician Lightnin' Hopkins recorded in Los Angeles in 1965 and released on the Verve Folkways label in 1967.

Tommy Flanders was lead vocalist in the Blues Project for several periods in the band's history from 1966 to 1972.