Higher Octave was acquired by Virgin Records on behalf of EMI in 1997. In 2004, Higher Octave's offices in Malibu, California, were closed and the label was folded into Narada Productions at a reduced level of staffing and activity while retaining its imprint as a sub-label of Narada. [1] [2]

Two years later, Higher Octave moved to New York along with Narada and all of its related sub-labels to become part of EMI's merging all of its adult-focused music into the Blue Note label group. [3]

High Octave has several sub-labels, such as OmTown and CyberOctave. [4] [5]

Universal Music Group B.V. is a global music corporation that is majority owned by the French media conglomerate Vivendi, with Chinese tech company Tencent owning a minority stake. UMG's corporate headquarters are located in Hilversum, Netherlands and its operational headquarters are located in Santa Monica, California. The biggest music company in the world, it is one of the "Big Three" record labels, along with Sony Music and Warner Music Group. Tencent acquired ten percent of Universal Music Group in March 2020 for €3 billion and acquired an additional ten percent stake in January 2021.

EMI Music Japan Inc., formerly Toshiba EMI, was one of Japan's leading music companies. It became a wholly owned subsidiary of British music company EMI Group Ltd. on June 30, 2007, after Toshiba sold off its previous 45% stake. Its CEO and president was Kazuhiko Koike. When EMI Music Japan was trading as Toshiba-EMI, it was involved with the production of anime. On April 1, 2013, the company became defunct, following its absorption into Universal Music Japan as a sublabel under the name EMI Records Japan. 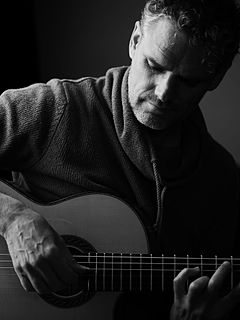 Lara & Reyes is an instrumental group founded by Sergio Lara and Joe Reyes in 1989. It performed flamenco-influenced Latin guitar instrumental pieces. Their first album Two Guitars - One Passion released in 1992 under Talking Taco Records Record Label, the album was available only at the duo's concerts and in a limited number of record stores around their home of San Antonio, Texas, later the album was released in 1996 under Higher Octave Music Record Label. By the time Two Guitars - One Passion was released in San Antonio, both Joe Reyes and Sergio Lara were receiving top honors in the San Antonio News's annual media awards. Both have won the acoustic guitar category, for instance, and Sergio's mandolin playing won him a first place award in the miscellaneous instrument category. The two have won the San Antonio Current award as "Best Latin Band" for two years running.

Brian Hughes is a Canadian guitarist whose work draws from smooth jazz and Latin music. Hughes also plays oud, bouzouki, and balalaika. For over twenty years, he has worked in the studio with singer-songwriter Loreena McKennitt. He co-produced many of her recordings and leads her touring band. 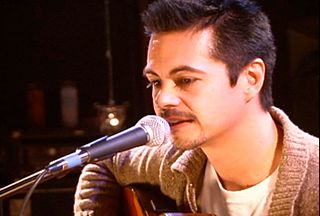