Ottmar Liebert (born 1 February 1959) is a German guitarist, songwriter and producer best known for his Spanish-influenced music. A five-time Grammy Award nominee, Liebert has received 38 Gold and Platinum certifications in the United States, as well as certifications in Canada, Australia and New Zealand. His debut album Nouveau Flamenco (1990) was certified Platinum in the United States.

Ottmar Liebert was born 1 February 1959 in Cologne, West Germany, to a Chinese-German father and a Hungarian mother. As a child, he spent most of his time travelling throughout Europe and Asia with his family. He began playing classical guitar at 11, and studying flamenco guitar at 14, after he "found a Flamenco LP in the bargain bin at a local supermarket." [1] After performing rock music in his native Germany, he moved to the United States and settled in Boston for a few years, performing in various rock clubs. [2] In 1986 Liebert settled in Santa Fe, New Mexico, where he began looking to create a new musical sound. [3] [4]

Liebert cites musical influences such as "Carlos Santana, Paco de Lucía, John McLaughlin, Robert Fripp and Jeff Beck, others were horn players like Miles Davis," although he cites "others yet were fine artists who taught me about space and brush strokes and dynamics and contrast." [1]

In 1988, Liebert founded the first incarnation of his band Luna Negra (black moon). That year he recorded a self-produced album titled Marita: Shadows and Storms. [5] The initial thousand copies were sold in the gallery of Santa Fe artist Frank Howell. When the record found its way to radio stations and began generating a response among listeners, Higher Octave Music picked it up and released a remastered version titled Nouveau Flamenco (1990). [5] The album eventually sold double-platinum in the United States.

Liebert followed up his debut with several successful albums that continued and expanded his sound, including Borrasca (1991), Solo Para Ti (1992) and The Hours Between Night + Day (1993), [5] all three earning Gold certification. Liebert's international success continued with ¡Viva! (1995) and Opium (1996), both of which earned Platinum status in the United States and Latin America.

Liebert has recorded with Luna Negra since 1989. Personnel in the band have changed regularly since then, with the only constant being bassist Jon Gagan.

Since 1990, Ottmar Liebert has released a total of 25 albums including live releases, Christmas CDs, 15 CDs of original music, a DVD, and various remixes. He has received 38 Gold and Platinum certifications in the US as well as certifications in Canada, Australia, and New Zealand.

In 2006, Liebert contributed his song "This Spring Release 10,000 Butterflies" to the album project Artists for Charity - Guitarists 4 the Kids, produced by Slang Productions, to assist World Vision Canada in helping underprivileged kids in need. [6]

Liebert describes his musical style as "Nouveau Flamenco." In a 2004 interview, Liebert explained that once he was signed to a record label, he was required to come up with a name for what he was doing. Although there are flamenco elements to his music, it's nothing like traditional flamenco, being based on melody and using much simpler forms. As this music couldn't be considered jazz, rock, or classical, he felt that flamenco was the closest word to use that people could identify with. [7]

Liebert drew some criticism with his adoption of the term, especially since according to critics, none of his works to date followed traditional flamenco palo forms. It was also perceived by some as a marketing ploy and an attempt to associate his music with the then burgeoning school of "Flamenco Nuevo", where acknowledged flamenco artists had started to rejuvenate and reinvent flamenco through the introduction of influences from Latin America (e.g. the Rumba rhythm) and even jazz music. Paco de Lucia was one such critic. [8] [9] Despite Liebert's citing Paco as an influence, [9] Paco described Liebert's music as "una degeneración, una caricatura del flamenco" (literally, "a degeneration, a caricature"). [9] However, Paco later seemed to appreciate Liebert's music, with Paco's record company even mentioning him in promotional materials. [9]

Since 1986 Liebert has lived in Santa Fe, New Mexico. In May 2006 Liebert was ordained as a Zen monk by Dennis Genpo Merzel at the Kanzeon Zen Center in Salt Lake City, Utah. [3] [10]

In the United States, the Recording Industry Association of America (RIAA) awards certification based on the number of albums and singles sold through retail and other ancillary markets. Other countries have similar awards. Certification is not automatic; for an award to be made, the record label must first request certification. The audit is conducted against net shipments after returns, which includes albums sold directly to retailers and one-stops, direct-to-consumer sales and other outlets. 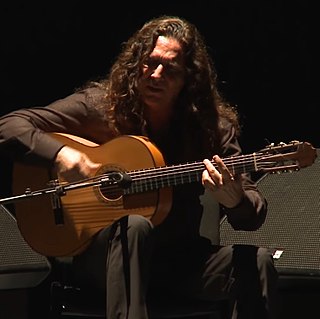 José Fernández Torres, known as Tomatito, is a Spanish roma flamenco guitarist and composer. Having started his career accompanying famed flamenco singer Camarón de la Isla, he has made a number of collaborative albums and six solo albums, two of which have won Latin Grammy Awards.

Nouveau Flamenco is the title of Ottmar Liebert's first album, released in May 1990, written in a subgenre of flamenco known as new flamenco, fusing pop music forms and call-response structure together with flamenco elements. 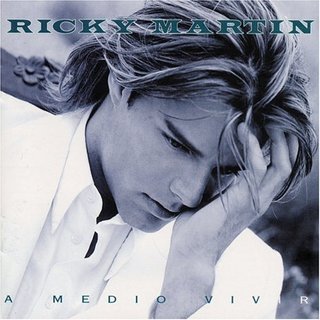 A Medio Vivir is the third studio album by the Puerto Rican singer Ricky Martin, released by Sony Music and Columbia on September 12, 1995 (US). 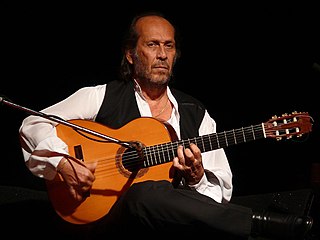 Francisco Sánchez Gómez, known as Paco de Lucía, was a Spanish virtuoso flamenco guitarist, composer, and record producer. A leading proponent of the new flamenco style, he was one of the first flamenco guitarists to branch into classical and jazz. Richard Chapman and Eric Clapton, authors of Guitar: Music, History, Players, describe de Lucía as a "titanic figure in the world of flamenco guitar", and Dennis Koster, author of Guitar Atlas, Flamenco, has referred to de Lucía as "one of history's greatest guitarists". 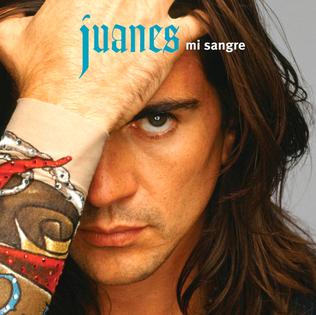 Strunz & Farah is a guitar duo with an eclectic sound that has been described as a cross between world fusion and flamenco.

Shahin & Sepehr are an Iranian-American guitarist duo. Sepehr Haddad is also the author of the historical fiction novel, " A Hundred Sweet Promises" by Appleyard & Sons Publishing. 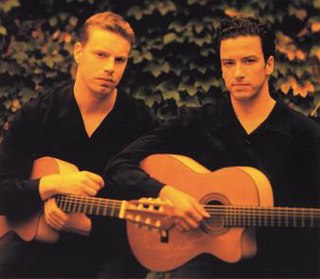 Young & Rollins is a guitar duo, consisting of Daniel Young and Lawson Rollins, that performs and records original music which draws upon an eclectic mixture of salsa music, Latin jazz, blues, samba, bossa nova, flamenco, and classical styles. Their music can be broadly described as a melding of Nuevo Flamenco, World Music, and Latin Music genres. Daniel Young and Lawson Rollins began collaborating after meeting in Washington, D.C. in 1998. They came from different musical backgrounds - Rollins started out as a classically trained guitarist before moving into Latin American and flamenco guitar styles, while Young holds a degree in jazz from The New School in New York City.

Miguel de la Bastide is a Trinidad-born Flamenco composer and virtuoso guitarist who first appeared on the scene in 1996 on the CD compilation Flamenco: Fire and Grace under the record label Narada Productions that placed him alongside some of Spain's most prominent guitarists, including Paco de Lucía, Tomatito and Rafael Riqueni to name a few. Since then, he has appeared on numerous other Flamenco and Nuevo Flamenco compilations. He is the only guitarist from Trinidad and Tobago that has had success recording in the flamenco genre and is also a recipient of the Chalmers Award and Toronto Arts Council Award.

Javier Limón is a record producer, singer and songwriter born and raised in Madrid, Spain. Limón has worked with several artists, mainly from Spain, since he incorporates elements of flamenco rhythm to his work. Besides his work as producer has also dabbled as an interpreter and has released three studio albums, Limón, Son de Limón and Mujeres de Agua. Since 2003, Limón has done recordings in Israel, Bogotá, Bristol, Paris, Bahía Blanca, Buenos Aires, New York City and Morocco. In 2004, Limón was awarded the Latin Grammy Award for Producer of the Year for his work on Lágrimas Negras by Diego El Cigala and Bebo Valdés, Cositas Buenas by Paco de Lucía, El Cantante by Andrés Calamaro, El Pequeño Reloj by Enrique Morente, Niño Josele by Niño Josele and Tributo Flamenco A Don Juan Valderrama by Various Artists. Javier Limón serves as the Artistic Director of the Berklee College of Music's Mediterranean Music Institute, which operates in Valencia, Spain as well as Boston, Massachusetts.

Pavlo Simtikidis, often called simply Pavlo is a Greek-Canadian guitarist who plays, "a Mediterranean sound mixing the folkloric styles of Greek, Spanish and Latin music with pop sensibilities." Born in Toronto, Canada, he is the son of Greek immigrants, George & Freda Simtikidis, of Kastoria, Greece. His albums Pavlo and Fantasia certified Gold in Canada, and album Fantasia was nominated in 2001 for a JUNO Award for Best Instrumental Album.

Lester DeVoe is an American elite flamenco and classical guitar luthier who designs guitars for Latin music. He has been cited as " among the most in-demand flamenco guitar makers alive today".

Leda Battisti is an Italian singer-songwriter.

Opium is a studio double album by German-born guitarist Ottmar Liebert and his band Luna Negra. The album's first disc is called "Wide-Eyed" and features an upbeat, nuevo flamenco sound, reflective of Liebert's previous work. The second disc is called "Dreaming" which features a mellower, ethereal sound. Opium was nominated for a Grammy Award in 1997 for Best New Age Album. The album was inspired by a postcard that Liebert received from his paternal grandfather, who had worked on the South Manchuria Railway. Opium was produced by Ottmar Liebert, along with his brother, Stefan Liebert.

Canción Andaluza is the final studio album by Spanish musician Paco de Lucía, released on April 29, 2014 through Universal Music Spain. It was released posthumously after his death on February 25, 2014 and features collaborations with Oscar D'León, Estrella Morente and Vicente Castro "Parrita".