The Fun & Action Tour, a Germany-wide roadshow event for children, was started in 1997 featuring TV program characters. The tour was later renamed the Toggo Tour. The following year, the channel became the top view channel by the 3-to-13-year-old target age group. [8]

In 1999, the joint venture saw its channel make a net profit of DM 4.5 million, launched its website and started the Super RTL Licensing Agency to make more revenues from TV licensing. A new managing director, Claude Schmit, took charge of the venture in 2000. [8]

Also in 2000, the preschool programming is labeled "Toggolino". Toggolino Club is started in 2002 and offers paid pre-school children education content. [8]

In 2005, Super RTL was granted a broadcast license for the preschool pay-TV channel Toggolino TV by the government media regulators for young children between the ages of 3 and 6. However, Toggolino TV was never launched. [9] Bertelsmann turned over the learning platform Scoyo to Super RTL in 2009. [8] In mid-2013, Super RTL, RTL II and four other RTL channels were available over Zattoo live streaming service under the first deal between a German broadcaster and an over the top platform company. [10]

With the announcement of the launch of a free-to-air German version of Disney Channel causing a loss of Disney programming, Super RTL signed volume deals in October 2013 with Warner Bros. Worldwide Television Distribution and Sony Pictures Television for a slate of animated features and DreamWorks Animation (DWA) for 1,200 hours of programming until 2020. [11] The DWA deal included shows from the Classic Media library. [12] The channel also acquired programming to expand its views in the evenings with more adult TV shows to debut in its fall 2014 schedule: ABC Family's Pretty Little Liars, ABC's Once Upon a Time and Scandal and Syfy's Lost Girl supernatural series. As of 1 January 2014, Disney programming left the channel, because the broadcast version of Disney Channel launched on 17 January. However, Disney continued to hold its stake in the station. [11]

RTL Disney TV LP launched its Kividoo subscription video-on-demand (SVOD) services on 28 April 2015. [5] In February 2016, RTL Disney Television LP received approval for a second channel from the anti-media concentration commission KEK. [2] granted the 10-year license to the company. On 15 March, RTL Disney TV announced that the second channel's name as "Toggo plus" after receiving the broadcast license from media authorities' licensing and supervision commission ZAK. Toggo Plus was planned to launch on 4 June 2016. [9] Super RTL continued to expand its Toggo brand with plans to launch Toggo Radio channel, the first German children and family friendly channel, at the end of May 2020. [13]

On March 3, 2021, the RTL Group announced they had fully acquired Disney's stake in the station and the limited partnership, putting Super RTL under its full control for the first time. [14] A rename to Toggo is on the cards. [15]

Throughout the day, Super RTL is split into 3 different blocks: 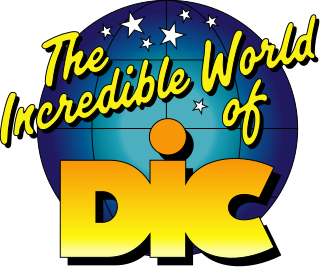 The DIC Entertainment Corporation was an international film and television production company, that was mostly associated as an animation studio. In addition to animated and live-action television shows, while under Disney, DIC produced live-action feature films, including Meet the Deedles (1998) and Inspector Gadget (1999), and licensed various anime series such as Sailor Moon, Saint Seiya and Speed Racer X.

Jetix was an international children's entertainment brand owned by The Walt Disney Company. The Jetix brand was mainly used for a slate of programming blocks and television channels, which aired action and adventure-related programming, most of Jetix's programming being composed from the Saban Entertainment library, airing both live-action and animated series, and it did air some original programming as well.

Playhouse Disney was a brand of programming blocks and international cable and satellite television channels that were owned by the Disney Channels Worldwide unit of The Walt Disney Company's Disney–ABC Television Group. It originated in the United States as a morning program block on the Disney Channel. Aimed mainly at children aged two to seven years old, its programming featured a mix of live-action and animated series.

Disney Branded Television is a unit of Disney General Entertainment Content which oversees development and production of content geared towards children, teenagers and families for currently for Disney+, Disney Channel, Disney Junior and Disney XD and formerly for Toon Disney, Jetix, and Playhouse Disney. The unit also oversees all Disney+ and Disney Channels unscripted series and specials.

Disney Channel was a British and Irish television kids channel that aired from 1 October 1995 to 30 September 2020. A one-hour timeshift service called Disney Channel +1 was available on Sky and Virgin Media. At the time of closure, the channel had two sister channels; Disney Junior and Disney XD.

Jetix Europe N.V. was a European television broadcasting company that owned children's television channels and programming blocks across the Europe and Middle East, such as Jetix and Jetix Play. 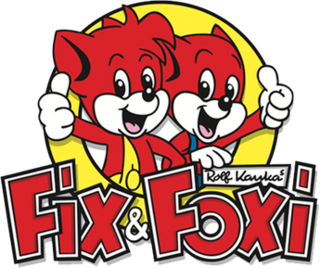 Disney Media Networks was a business segment of The Walt Disney Company that oversaw the company's television networks, cable channels, television production and distribution studios, and owned-and-operated television stations. The segment's primary divisions were Walt Disney Television and ESPN. It also managed Disney's 50% stake in A&E Networks. On 12 October 2020, the assets were restructured into Disney Media and Entertainment Distribution, Disney General Entertainment Content and ESPN and Sports Content, causing the latter segment has been shutdown and dissolved.