Minister of Education and Research (Estonia)

The Minister of Education and Research is the senior minister at the Ministry of Education and Research ( Estonian: Eesti Vabariigi Haridus- ja Teadusministeerium) in the Estonian Government. The Minister is responsible for administration and development of Estonian educational system as well as for administration and funding of research and development activities on national level. [1]

The Ministry of Education was re-established in 1989 to replace the Educational Committee of the Estonian Soviet Socialist Republic. With the restoration of independent Republic of Estonia on 20 August 1991 the Ministry regained its supreme authority on educational issues. In 1993 the ministries of culture and education were merged to form Ministry of Culture and Education. 1996 the old order was restored and a separate Ministry of Education re-established. 2001 the Ministry was relocated to Tartu due to several economic and regional political arguments, but also due to successful lobby by University of Tartu.

Rein Taagepera is an Estonian political scientist and former politician.

August Rei VR III/1 was an Estonian politician, the Head of State (Riigivanem) of Estonia in 1928–1929, and the Prime Minister in duties of the President of Estonia in the government in exile in 1945–1963.

Estonian Aviation Academy is a state-owned professional higher education institution educating and training specialists for Estonian aviation enterprises and organizations. It's situated beside the Tartu Airport in Reola, 8 km south of Tartu. The studies are conducted in accordance with the standard curricula meeting the requirements of the Ministry of Education and Research of the Republic of Estonia, ICAO, JAA, EASA and EUROCONTROL. 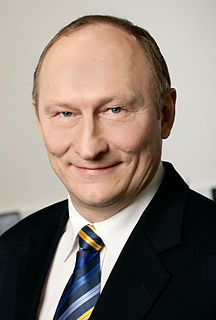 An education minister is a position in the governments of some countries responsible for dealing with educational matters. Where known, the government department, ministry, or agency that develops policy and delivers services relating to sports are listed; overseen by and responsible to the education minister. The first such ministry ever is considered to be the Commission of National Education founded in 1773 in the Polish–Lithuanian Commonwealth. 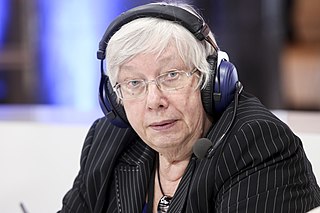 The Cabinet of Moldova is the chief executive body of the Government of Moldova. Its function according to the Constitution of Moldova is "to carry out the domestic and foreign policy of the State and to apply general control over the work of public administration". 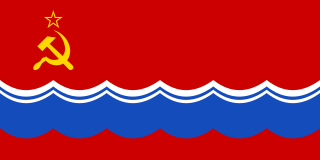 The Estonian Soviet Socialist Republic was an ethnically based administrative subdivision of the former Soviet Union covering the territory of Estonia in 1940–1941 and 1944–1991. The Estonian SSR was nominally established to replace the until then independent Republic of Estonia on 21 July 1940, a month after the 16–17 June 1940 Soviet military invasion and occupation of the country during World War II. After the installation of a Stalinist government which, backed by the occupying Soviet Red Army, declared Estonia a Soviet constituency, the Estonian SSR was subsequently incorporated into the Soviet Union as a "union republic" on 6 August 1940. Estonia was occupied by Nazi Germany in 1941 and administered as a part of Reichskommissariat Ostland until it was reconquered by the USSR in 1944.

Tartu Art Museum is a state-owned museum of art located in Tartu, Estonia. It was founded in 1940 on a private initiative by the members of local art school Pallas. This is the largest art museum in Southern Estonia.

Nikolai Köstner (1889–1959) was an Estonian politician, economist, diplomat and academic. He was a member of the Provisional Assembly of the Autonomous Estonian Governorate (1917–19) and the Constituent Assembly of the newly established Republic of Estonia (1919–20); he also served as a minister in Jaan Raamot's Provincial Government in 1917, in the Second and Third Provisional Governments (1918–19), and in Otto Strandman's first Cabinet and Jaan Tõnisson's first Cabinet. He was also part of the Estonian delegation to the 1919 Paris Peace Conference. In later life, he worked as an academic at the University of Tartu and as an adviser to a number of national banks.