Last updated January 27, 2023
Head of government of the Republic of Estonia

The prime minister of Estonia (Estonian: peaminister) is the head of government of the Republic of Estonia. The prime minister is nominated by the president after appropriate consultations with the parliamentary factions and confirmed by the parliament ( Riigikogu ). In case of disagreement, the Parliament can reject the president's nomination and choose their own candidate. In practice, since the prime minister must maintain the confidence of Parliament in order to remain in office, they are usually the leader of the senior partner in the governing coalition. The current prime minister is Kaja Kallas of the Reform Party. [2] She took the office on 26 January 2021 following the resignation of Jüri Ratas.

Unlike counterparts in other parliamentary republics, the prime minister is both de jure and de facto chief executive. This is because the Constitution explicitly vests executive power in the Government, of which the prime minister is the leader. In most other parliamentary republics, the president is at least nominal chief executive, while bound by convention to act on the cabinet's advice. 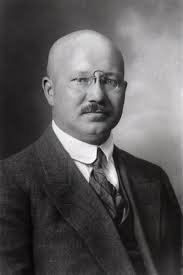 Otto August Strandman was an Estonian politician, who served as prime minister (1919) and State Elder of Estonia (1929–1931). He was one of the leaders of the centre-left Estonian Labour Party, that saw its biggest support after the 1919 and 1920 elections. Strandman was a key figure in composing the radical land reform law and the 1920 Constitution. He also served as Minister of Agriculture (1918–1919), Minister of Justice, Minister of Finance (1924), Minister of Foreign Affairs and Minister of War (1919). While he was holding the office of the Minister of Finance, he stabilized the economy and managed to avoid hyperinflation. Strandman served as the speaker of the Estonian Provincial Assembly in 1917–1918, and as speaker of the newly independent country's parliament (Riigikogu) in 1921. He was also a diplomat, serving as the Estonian envoy in Warsaw, Poland (1927–1929), and in Paris, France (1933–1939). 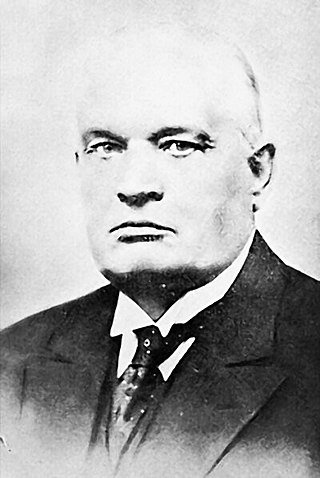 Konstantin Päts was an Estonian statesman and the country's president in 1938–1940. Päts was one of the most influential politicians of the independent democratic Republic of Estonia, and during the two decades prior to World War II he also served five times as the country's prime minister. 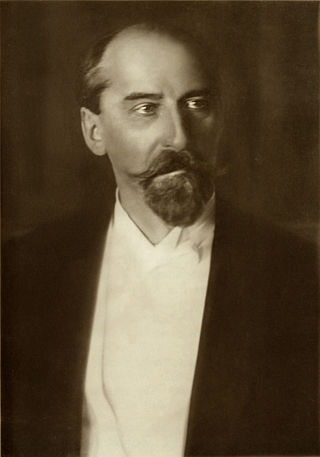 The Head of State of Estonia or State Elder was the official title of the Estonian head of state from 1920 to 1937. He combined some of the functions held by a president and prime minister in most other democracies.

Riigihoidja was the name of the office of the head of state and head of government of Estonia from 3 September 1937 to 24 April 1938. The only person to hold this position was Konstantin Päts, five time former State Elder. His eventual successor ex officio was Johan Laidoner, then Commander-in-Chief. 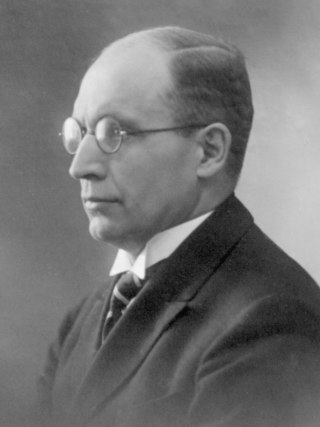 Johannes Vares was an Estonian and Soviet poet, medical doctor, and politician.

Constitution of Estonia is the fundamental law of the Republic of Estonia and establishes the state order as that of a democratic republic where the supreme power is vested in its citizens. The first Constitution was adopted by the freely elected Estonian Constituent Assembly on 15 June 1920 and came into force on 21 December 1920. Heavily amended on 24 January 1934, following a referendum in 1933, it was in force until the second Constitution was enacted on 1 January 1938. It remained in force, de facto, until 16 June 1940, when the Soviet Union occupied Estonia and, de jure, until 28 June 1992, when the third and current Constitution of the Republic of Estonia was adopted by referendum.

The history of Estonia from 1920 to 1939 spanned the interwar period from the end of the Estonian War of Independence until the outbreak of World War II. It covers the years of parliamentary democracy, the Great Depression and the period of authoritarian rule.

The era of silence was the period between 1934 and 1938 in Estonian history. The period began with the preemptive self-coup of 12 March 1934, which the then Prime Minister of Estonia Konstantin Päts carried out to avert a feared takeover of the state apparatus by the popular Vaps Movement. 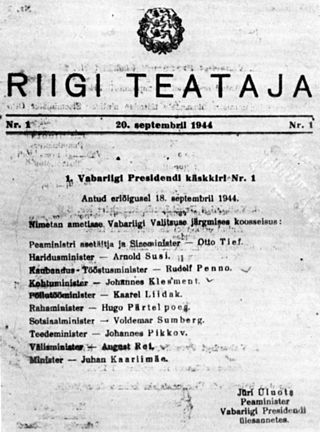 The National Committee of the Republic of Estonia was a deliberative and legislative body, formed by the government of Republic of Estonia to control the resistance movement in German-occupied Estonia in March 1944. By April 1944 a large number of the committee members were arrested by the German security agencies.

Taavi Rõivas is a Estonian politician, former Prime Minister of Estonia from 2014 to 2016 and former leader of the Reform Party. Before his term as the Prime Minister, Rõivas was the Minister of Social Affairs from 2012 to 2014. On 9 November 2016 his second cabinet dissolved after coalition partners, Union of Pro Patria and Res Publica and Social Democratic Party, sided with the opposition in a no confidence motion. At the end of 2020, Rõivas announced quitting politics, and resigned from his parliament seat. 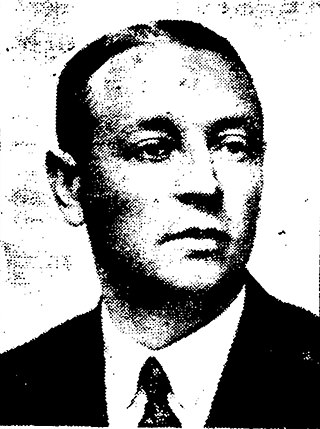 Maksim Unt was an Estonian and Soviet politician.

The political history of Estonia covers the political events and trends in the country throughout its historical period.

The Estonian coup d'état of 1934 was a bloodless military coup organized on March 12, 1934 by State Elder candidates Johan Laidoner, Konstantin Päts, and August Rei, who took part in the State Elder elections scheduled for April of the same year, during which Lieutenant General Laidoner and acting State Elder Päts had several Vaps leaders and activists, supporters of the fourth State Elder candidate Andres Larka, arrested. Päts, in violation of the constitution, appointed Laidoner as the commander-in-chief of the defense forces and decreed a stop to the election process for State Elder and the Riigikogu.