The prime minister of Mauritius (French: Premier Ministre de Maurice) is the head of government of Mauritius. He presides over the Cabinet of Ministers which advises the President of the Country and is collectively responsible to the National Assembly for any advice given and for all action done by or under the authority of any Minister in the execution of his office.

After the country became a Republic on 12 March 1992, the President became the Head of State. The President holds prerogative powers which includes summoning, prorogation and dissolution of parliament including appointment of the Prime Minister and Cabinet. The Prime Minister has the constitutional duty to advise him/her when to exercise these prerogatives.

During the British Mauritius period, it was the Chief Minister who was the head of government, executive powers was vested by the Governor, representative of the Monarch. The only Chief Minister which the country had known was Sir Seewoosagur Ramgoolam, from 26 September 1961 to 12 March 1968. [3]

The office of the Prime Minister of Mauritius was created on 12 March 1968 when Mauritius became an independent state. Queen Elizabeth II remained as head of state as Queen of Mauritius, with her executive powers in Mauritius delegated to the governor-general.

After the country became a Republic on 12 March 1992, the President became the Head of State. The President holds prerogative powers which includes summoning, prorogation and dissolution of parliament including appointment of the Prime Minister and Cabinet. The Prime Minister has the constitutional duty to advise him/her when to exercise these prerogatives.

According to the third Schedule of the Constitution of Mauritius, an oath under this section shall be administered by the Prime Minister. [5] 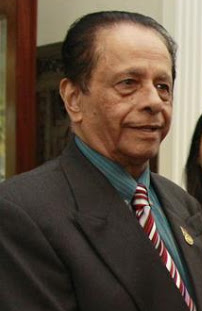 Sir Anerood Jugnauth, GCSK, was a Mauritian politician and barrister who served both as President and Prime Minister of Mauritius. He was Member of Parliament for Piton & Riviere Du Rempart.

Paul Raymond Bérenger GCSK, MP is a Mauritian politician who was Prime Minister of Mauritius from 2003 to 2005. He has been Leader of the Opposition on several occasions – from 1983 to 1987, 1997 to 2000, 2005 to 2006, 2007 to 2013, October 2013 to 15 September 2014, and again from December 2014 to December 2016 where he was replaced by Xavier-Luc Duval. Following his party's defeat in the 2014 general elections, he became Leader of the Opposition for the sixth time, making him the longest ever to serve in this constitutional position. He was also Deputy Prime Minister from 1995 to 1997 and again from 2000 to 2003, and he was a cabinet minister in the government of Anerood Jugnauth in 1982 and 1991. Bérenger, a Christian of Franco-Mauritian descent, has been the only non-Hindu Prime Minister of Mauritius, or, more particularly, the only Prime Minister who has not belonged to the Jugnauth or Ramgoolam families.

The president of Mauritius is the head of state of the Republic of Mauritius. Mauritius is a parliamentary republic, and the president functions as a ceremonial figurehead, elected by the National Assembly as set out by the Constitution of Mauritius. The current office-holder is Prithvirajsing Roopun He took the office on 2 December 2019. The president's official residence is the State House.

Seewoosagur Ramgoolam Kushwaha was a Mauritian physician, politician, and statesman. He served as the island's first Chief Minister, Prime Minister of Mauritius, and Governor-General. 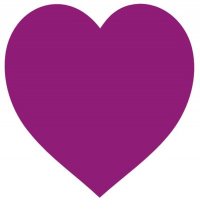 The Mouvement Militant Mauricien (MMM) is a left-wing socialist political party in Mauritius. The party was formed by a group of students in the late 1960s. The MMM advocates what it sees as a "fairer" society, without discrimination on the basis of social class, race, community, caste, religion, gender or sexual orientation.

Elections in Mauritius gives information on elections and election results in Mauritius. Since 1967, Mauritius has experienced 12 free and fair democratic general elections to choose a government.

The Labour Party is a centre-left social-democratic political party in Mauritius. It is one of four main Mauritian political parties along, with the Mauritian Militant Movement (MMM), the Militant Socialist Movement (MSM) and the Parti Mauricien Social Démocrate (PMSD). As a member of the Labour Party-MMM alliance, it elected four Members of Parliament in the general election of 2014. The party is led by Navin Ramgoolam. 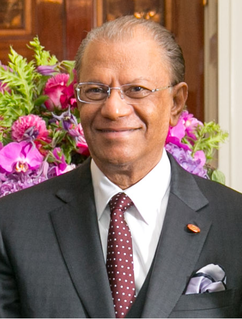 The Militant Socialist Movement is a centre-left political party in Mauritius that adheres to the philosophies of socialism and political democracy. It is the largest single political party in the National Assembly of Mauritius, winning 42 of the 69 seats in the 2019 general elections. It also holds the largest number of seats in all city/town councils through the country with 60 councilors out of 120.

Pravind Kumar Jugnauth is a Mauritian politician. He is currently the Prime Minister of Mauritius. Pravind Jugnauth has been the leader of the Militant Socialist Movement (MSM) party since April 2003. He has held a number of ministerial portfolios and also been Leader of the Opposition. 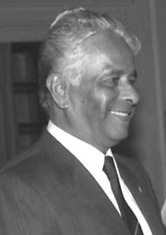 General elections were held in Mauritius on 15 September 1991. Three main parties gained seats in this election: the Militant Socialist Movement, Mauritian Militant Movement and the Labour Party. The MSM formed an alliance with the MMM and the Labour party formed an alliance with the Mauritian Social Democrat Party (PMSD). On 17 September 1991, results showed that MSM-MMM won 57 seats out of 66 seats. This gave 95% of seats to MSM-MMM leader Anerood Jugnauth and 5% to Labour Party-PMSD leader Navin Ramgoolam.

The Militant Socialist Movement/Mauritian Militant Movement (MSM/MMM) is coalition party that formed the government of the Republic of Mauritius from September 2000 to July 2005. The coalition has been reformed in April 2012 after an electoral agreement between the Militant Socialist Movement (MSM) and Mauritian Militant Movement (MMM) was made with Sir Anerood Jugnauth as leader. The agreements remain the same, 30 seats for the MMM and 30 seats for the MSM. It has also been conveyed that SAJ would be prime minister for 3 years and Paul Berenger would take over for the rest of the parliamentary term if the coalition wins the next general elections. It has also been agreed that Pravind Jugnauth who is leader of the MSM will not be in the Front Bench of the coalition in an eventual government of the MSM/MMM. This is because he has been provisionally charged with using office for gratification by the Independent Commission Against Corruption. He will therefore seat as a back-bencher until he is dismissed from all accusations.

The L'Alliance de L'avenir was a political alliance in Mauritius which was formed in 2010 in respect for the next parliamentary elections which were held on 5 May 2010. It is an alliance of the Labour Party, Mouvement Socialiste Militant and Parti Mauricien Social Démocrate. It was formed by the prime minister Dr. Navin Ramgoolam and is led by three other people, namely Rashid Beebeejaun, Xavier-Luc Duval and Pravind Jugnauth.

General elections were held in Mauritius on 21 August 1983. The result was a victory for an alliance of the Militant Socialist Movement, the Labour Party and the Mauritian Social Democrat Party, which between them won 46 seats. The Militant Socialist Movement (MSM) won 32 seats, whilst the Labour Party secured 9 seats and PMSD five. This alliance allowed Jugnauth to continue as Prime Minister while bringing Seewoosagur Ramgoolam and Gaetan Duval back into the government after their severe defeat in the 1982 elections. Shortly after, Ramgoolam was appointed as Governor General, Duval became Deputy Prime Minister and Satcam Boolell became Minister of Foreign Affairs.

Nandcoomar Bodha MP is a Mauritian politician and former Minister of Foreign Affairs of Mauritius. He was also the Minister of Tourism & Leisure of Mauritius. He has been holding the office since 11 May 2010 to 26 July 2011, He held the same office from 2000 to 2003 in the MSM/MMM coalition government. When Pravind Jugnauth was sworn as Deputy Prime Minister, he took the office of Minister of Agriculture in 2003 up to 2005.He was appointed 8th position in the Cabinet of Navin Ramgoolam.

Rajkeswur Purryag, GCSK GCSK, GOSK is a former Mauritian politician who served as President of Mauritius from 2012 to May 2015. He was elected as the fifth President of Mauritius by the National Assembly and took office on 21 July 2012. He succeeded Sir Anerood Jugnauth, who spent nine years as President from 2003 until resigning in March 2012. Kailash Purryag previously served as Member of Parliament, Minister and Speaker of the National Assembly; he made his debut in the political arena at an early age in 1976.

General elections were held in Mauritius on 10 December 2014 and resulted in a landslide victory for the Alliance Lepep coalition, which secured 47 of the elected seats under the leadership of Sir Anerood Jugnauth, while the PTR–MMM alliance under Navin Ramgoolam only got 13 seats.