This article lists the Zulu kings, including Zulu chieftains and kings [1] from their earliest known history up to the present time.

Mpande kaSenzangakhona was monarch of the Zulu Kingdom from 1840 to 1872. He was a half-brother of Sigujana, Shaka and Dingane, who preceded him as Zulu kings. He came to power after he had overthrown Dingane in 1840.

Senzangakhona kaJama was a chief of the Zulu clan, and primarily notable as the father of three Zulu kings who ruled during the period when the Zulus achieved prominence, led by his oldest son Shaka.

Jama kaNdaba, the son of Ndaba kaMageba, was a High Chief of the Zulu clan from 1763 to 1781. His grandfather was Chief Mageba kaGumede.

Zulu may refer to:

Zwide kaLanga (1758–1825) was the King of the Ndwandwe (Nxumalo) nation from about 1805 to around 1820. He was the son of Langa KaXaba, a Nxumalo king. Legend has it that Zwide's mother, Queen Ntombazi, was a sangoma. And she infamously collected skulls of chiefs conquered by Zwide because it made her feel powerful.

King Mageba kaGumede was an early leader of the Zulu people of South Africa.

The Zulu royal family consists of the late king of the Zulus, Goodwill Zwelithini kaBhekuzulu, his consorts, and legitimate descendants.

Sigananda kaZokufa was a Zulu aristocrat whose life spanned the reigns of four Zulu kings in southeastern Africa. In an address by Mangosuthu Buthelezi at Endlamadoda-Nkandla on 15 September 2001 he said that Inkosi Sigananda's grandfather was Inkosi Mvakela, who married a sister of Nandi, King Shaka's mother, and that his father was Inkosi Zokufa. He also said he had a son called Ndabaningi. At this occasion he unveiled a monument to Inkosi Sigananda. 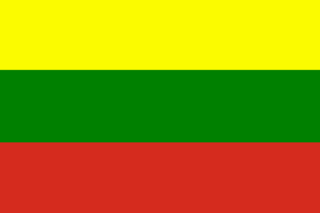 The Mandlakazi are a Zulu clan in kwaZulu/Natal and formerly in Zululand. They started out as allies of Shaka as he founded the Zulu nation. The Mandlakazi derived wealth not only from cattle but from an extensive trade network that extended from northern Zululand north and east to Delagoa Bay in Mozambique.

Sigujana kaSezangakhona was chief of the Zulu people in 1816. He was the son of Senzangakhona kaJama and half-brother of Dingane kaSenzangakhona and Shaka kaSenzangakhona. He succeeded his father c. 1816. His mother was Bhibhi kaSompisi. Shortly after he became chief, he was eliminated by his half-brother, Shaka. It is disputed on whether Shaka had him assassinated, or Shaka himself killed Sigujana by stabbing him. His birth date is unknown, but whatever the case, he died in 1816, shortly after he had become chief.

Princess Mkabayi kaJama was founder and the head of the Qulusi military kraal and Regent of the Zulu. She persuaded her father, the Zulu king Jama kaNdaba, to remarry, and acted as a regent to her ensuing half-brother, Senzangakhona. She was a kingmaker for three succeeding reigns, leading coups and arranging assassinations. She is credited for bringing stability in the Zulu nation and ensuring the continuation of the Zulu line and monarchy.

The Qwabe Kingdom is the senior branch of the House of Malandela, the royal Nguni family, descendant from Qwabe (1575) the son of Malandela or Mayandeya, the king of the Nguni.

Ndaba is a given name. It may refer to: