The campus of Morris Hills houses The Academy for Mathematics, Science, and Engineering a science-oriented magnet school operated as a joint effort with the Morris County Vocational School District and open by competitive application to all students from Morris County. [7]

The other high school in the district is Morris Knolls High School, which serves students from Denville and portions of Rockaway Township. [8]

For the 1996-97 school year, Morris Hills High School was named a "Star School" by the New Jersey Department of Education, the highest honor that a New Jersey school can achieve. [9]

The school was the 71st-ranked public high school in New Jersey out of 339 schools statewide in New Jersey Monthly magazine's September 2014 cover story on the state's "Top Public High Schools", using a new ranking methodology. [10] The school had been ranked 42nd in the state of 328 schools in 2012, after being ranked 70th in 2010 out of 322 schools listed. [11] The magazine ranked the school 106th in 2008 out of 316 schools. [12] The school was ranked 101st in the magazine's September 2006 issue, which surveyed 316 schools across the state. [13] Schooldigger.com ranked the school tied for 64th out of 381 public high schools statewide in its 2011 rankings (an increase of 35 positions from the 2010 ranking) which were based on the combined percentage of students classified as proficient or above proficient on the mathematics (89.6%) and language arts literacy (97.8%) components of the High School Proficiency Assessment (HSPA). [14]

The Morris Hills Hilltopper, the school's official newspaper, is published four times a year in color. Students write all articles and take the majority of the photos, as well as set up the design and comics.

SEED Magazine is the school's annual literary magazine. All students are allowed to submit prose or poetry, or visual works of art (though not all are put into the actual magazine).

Morris Hills houses a large variety of extracurricular activities for its students, ranging from bible club (Velocity) to its very own DDR (Dance Dance Revolution) Club. Many have gained recognition or awards for their duties in the community or their overall excellence in their field, including the Morris Hills Stage Crew (part of drama club), which placed third in the ITS Statewide festival in the 2005-2006 year. Any student is permitted to join any club. A partial list of clubs include: [15]

The Morris Hills High School Scarlet Knights [3] compete in the Northwest Jersey Athletic Conference, which is comprised of public and private high schools in Morris, Sussex and Warren counties, and was established following a reorganization of sports leagues in Northern New Jersey by the New Jersey State Interscholastic Athletic Association (NJSIAA). [16] [17] The school had previously participated in the Iron Hills Conference, which included schools in Essex, Morris and Union counties. [18] With 985 students in grades 10-12, the school was classified by the NJSIAA for the 2019–20 school year as Group III for most athletic competition purposes, which included schools with an enrollment of 761 to 1,058 students in that grade range. [19] The football team competes in the Patriot White division of the North Jersey Super Football Conference, which includes 112 schools competing in 20 divisions, making it the nation's biggest football-only high school sports league. [20] [21] The school was classified by the NJSIAA as Group IV North for football for 2018–2020. [22]

The school participates in a joint ice hockey team with Morris Knolls High School as the host school / lead agency. The co-op program operates under agreements scheduled to expire at the end of the 2023–24 school year. [23]

The 1997 softball team finished the season with a 29-2 record after winning the Group II state championship by defeating Delaware Valley Regional High School by a score of 2-1 in the tournament final. [34] [35]

The boys' basketball team made the state tournament for the first time in 10 years in 2006, though it lost in the first round to 6th-seeded Passaic Valley High School 67-45. [38]

The boys ice hockey team, established in 1958, was one of the first high school teams in New Jersey along with the Morristown School (now Morristown-Beard School), Montclair High School, Livingston High School, and West Orange High School. They won the state championship for the 1960-1961 season. They have also won seven divisional titles including two Charette Division titles (2003, 2017), four Haas Division titles (1991, 1996, 1997, 2004), and one Halverson Division title (2005).

Perhaps the most successful athletics program at Morris Hills is its men's cross country and track and field teams, both of which have been very successful in the state, under head cross country coach Sean Robinson, who took the position in 2002. [39] Robinson took the head indoor track and field coaching position in 2006. In that year, the Scarlet Knights won every major championship they entered (conference, county, state group and state group relay), the first time that had happened in county history. The Scarlet Knights repeated the feat in 2008, 2009 and 2011. [39]

Robinson was coach during Morris Hills' county track and field championship victory in 2006, the first time the Scarlet Knights had won since 1977. [40]

Morris Hills has also had over 34 All-American honors distributed to its XC/TF athletes since 1999, largely with the success of the school's 4 x mile relay, 4 x 800 relay and shuttle hurdle relay teams. At the 2009 Nike National Outdoor Track Championship the Morris Hills 4x800 won the race to secure the title of national champions after having the US#2 All-Time Performance of 7:31.60 (breaking the national record) at the Penn Relays. [42] Keith Lindsley, the 2007 NJSIAA Athletic Assistant Coach of the Year, is the current sprint/hurdles coach. Morris Hills was selected to participate in the inaugural Nike Team National Cross Country Championship in 2005, where they finished 13th. [43]

The following is a list of championship titles in Morris Hills cross country/track and field history. [44]

In 1998, the Morris Hills High School Marching Band, under Director Michael Sopko, was recruited to film an MTV Commercial for the MTV Video Music Awards. The marching band was chosen after being spotted by MTV associates during their annual competition at Giants Stadium. In the commercial, the marching band played clips from nominated songs and ended in a human formation of the MTV symbol. The commercial was aired several times daily leading up to the awards ceremony.

In 2016, Band Director Michael Sopko retired from his position as the band's leader. Richard Hartsuiker, a former Roxbury music teacher, replaced Sopko and continued Morris Hills' musical traditions, by directing the Marching Band, directing the Concert/Jazz Bands, and assisting with the Spring Musical. [46] 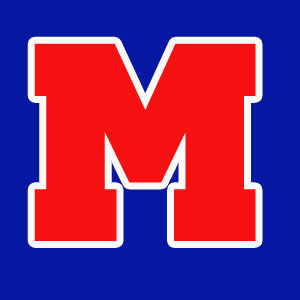 West Morris Mendham High School is home of the Minutemen, and is a four-year comprehensive regional public high school that serves students in ninth though twelfth grades as part of the West Morris Regional High School District. Established in 1970, the school is located in the heart of Mendham Borough, New Jersey, United States. Students hail from the Morris County school districts of Chester Borough, Chester Township, Mendham Borough and Mendham Township.

Morris Knolls High School (MKHS) is a four-year comprehensive public high school serving students in ninth through twelfth grades from Denville Township and most of Rockaway Township in Morris County, New Jersey, United States, operating as one of the two secondary schools of the Morris Hills Regional High School District. The school is located in Denville but has a Rockaway mailing address. The other high school in the district is Morris Hills High School.

Madison High School is a four-year public high school serving students in ninth to twelfth grades in Morris County, New Jersey, United States, operating as part of the Madison Public Schools. The school is located in the borough of Madison, and a portion of its property extends into the neighboring borough of Florham Park. Students from Harding Township attend the school as part of a sending/receiving relationship.

Oak Knoll School of the Holy Child is a Catholic private school in Summit, in Union County, New Jersey, United States. It is coeducational from pre-kindergarten to grade 6 and all-girls for seventh grade to twelfth grade. The school operates under the supervision of the Roman Catholic Archdiocese of Newark. The school has been accredited by the Middle States Association of Colleges and Schools Commission on Elementary and Secondary Schools since 1992. The school is a member of the New Jersey Association of Independent Schools.

Mountain Lakes High School is a four-year comprehensive public high school that serves students in ninth through twelfth grade from Mountain Lakes, in Morris County, New Jersey, United States, operating as the lone secondary school of the Mountain Lakes Schools. The school has been accredited by the Middle States Association of Colleges and Schools Commission on Elementary and Secondary Schools since 1940.

Delsea Regional High School is a four-year comprehensive regional public high school that serves students in ninth through twelfth grade from Elk Township and Franklin Township, in Gloucester County, New Jersey, United States, operating as part of the Delsea Regional School District. Students from Newfield attend the district's schools as part of a sending/receiving relationship begun in September 2010 after Newfield began a process to end its prior relationship with the Buena Regional School District. The school district gets its name from its location just off Delsea Drive, which runs from Westville on the Delaware River to Wildwood on the Jersey shore, hence the name Del-Sea.

Whippany Park High School is a four-year comprehensive public high school that serves students in ninth through twelfth grade from Hanover Township in Morris County, New Jersey, United States, operating as one of the two secondary schools of the Hanover Park Regional High School District. The other school in the district, Hanover Park High School, serves students from East Hanover and Florham Park. The school is located in the Whippany section of Hanover Township.

Mount Olive High School is a four-year comprehensive public high school that serves students in ninth through twelfth grade from Mount Olive Township, in Morris County, New Jersey, United States, operating as the lone secondary school of the Mount Olive Township School District. The school is located in the Flanders section of the township.

Jefferson Township High School is a four-year comprehensive community public high school, serving students in ninth through twelfth grades from Jefferson Township, in Morris County, New Jersey, United States, operating as the lone secondary school of the Jefferson Township Public Schools. The school is located in the Oak Ridge section of the township.