Murray Ralph Spiegel was an author of technical books on applied mathematics, including a popular collection of Schaum's Outlines. [1]

Spiegel was a native of Brooklyn and a graduate of New Utrecht High School. He received his bachelor's degree in mathematics and physics from Brooklyn College in 1943. He earned a master's degree in 1947 and doctorate in 1949, both in mathematics and both at Cornell University. He was a teaching fellow at Harvard University in 1943–1945, a consultant with Monsanto Chemical Company in the summer of 1946, and a teaching fellow at Cornell University from 1946 to 1949. He was a consultant in geophysics for Beers & Heroy in 1950, and a consultant in aerodynamics for Wright Air Development Center from 1950 to 1954. Spiegel joined the faculty of Rensselaer Polytechnic Institute in 1949 as an assistant professor. He became an associate professor in 1954 and a full professor in 1957. He was assigned to the faculty Rensselaer Polytechnic Institute of Hartford, CT, when that branch was organized in 1955, where he served as chair of the mathematics department. [2] His PhD dissertation, supervised by Marc Kac, [3] was titled On the Random Vibrations of Harmonically Bound Particles in a Viscous Medium. [4]

Gian-Carlo Rota was an Italian-American mathematician and philosopher. He spent most of his career at the Massachusetts Institute of Technology, where he worked in combinatorics, functional analysis, probability theory, and phenomenology.

Dušan D. Repovš is a Slovenian mathematician from Ljubljana, Slovenia.

Elwin Bruno Christoffel was a German mathematician and physicist. He introduced fundamental concepts of differential geometry, opening the way for the development of tensor calculus, which would later provide the mathematical basis for general relativity.

Richard Ernest Bellman was an American applied mathematician, who introduced dynamic programming in 1953, and made important contributions in other fields of mathematics.

Hans Lewy was a Jewish German born American mathematician, known for his work on partial differential equations and on the theory of functions of several complex variables.

Gheorghe Mihoc was a Romanian mathematician and statistician. He was born in Brăila, the son of a worker.

Elliott Waters Montroll was an American scientist and mathematician.

Simion Stoilow or Stoilov was a Romanian mathematician, creator of the Romanian school of complex analysis, and author of over 100 publications.

Neil Sidney Trudinger is an Australian mathematician, known particularly for his work in the field of nonlinear elliptic partial differential equations.

Shreeram Shankar Abhyankar was an Indian American mathematician known for his contributions to algebraic geometry. He, at the time of his death, held the Marshall distinguished professor of mathematics chair at Purdue University, and was also a professor of computer science and industrial engineering. He is known for Abhyankar's conjecture of finite group theory. 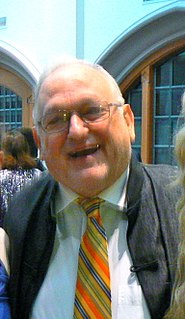 Michael J. Shelley is an American applied mathematician who works on the modeling and simulation of complex systems arising in physics and biology. This has included free-boundary problems in fluids and materials science, singularity formation in partial differential equations, modeling visual perception in the primary visual cortex, dynamics of complex and active fluids, cellular biophysics, and fluid-structure interaction problems such as the flapping of flags, stream-lining in nature, and flapping flight. He is also the co-founder and co-director of the Courant Institute's Applied Mathematics Lab.

Charles "Chip" Lawrence is an American bioinformatician and mathematician, who is the pioneer in developing novel statistical approaches to biological sequence analysis.

Seymour Saul Lipschutz is an author of technical books on pure mathematics and probability, including a collection of Schaum's Outlines.

Ahmet Cemal Eringen was a Turkish- American engineering scientist. He was a professor at Princeton University and the founder of the Society of Engineering Science. The Eringen Medal is named in his honor.

Irina Mitrea is a Romanian-American mathematician who works as a professor of mathematics at Temple University. She is known for her research on partial differential equations as well as for promoting mathematics to schoolgirls.

Bernard Abram Lippmann. was an American theoretical physicist. A former Professor of Physics at New York University, Lippmann is mainly known for the Lippmann-Schwinger equation, a widely used tool in non-relativistic scattering theory, which he formulated together with his doctoral supervisor Julian Schwinger

Mark H. Holmes is an American applied mathematician and Professor of Mathematics at Rensselaer Polytechnic Institute, where he served as Chair of the Department of Mathematical Sciences, and was the founding Director of the Center for Modeling, Optimization and Computational Analysis (MOCA).