The Musee Platinum Open was a professional golf tournament on the Japan Golf Tour. It was played just once, in 2015 at Japan Memorial Golf Club near Miki, Hyōgo Prefecture with a prize fund of ¥100 million.

The Japan Golf Tour is a prominent golf tour. It was founded in 1973 and as of 2006 it offers the third-highest annual prize fund out of the regular men's professional tours after the PGA Tour and the European Tour. However, since the early 1990s, the growth in prize money has not kept pace with that on the two larger tours. Official events on the Japan Golf Tour count for World Golf Ranking points, and success on the tour can also qualify members to play in the majors.

The LPGA of Japan Tour is a professional golf tour for women organised by the Japan Ladies Professional Golfers' Association. It is the second richest women's golf tour in the world. The U.S.-based LPGA Tour is the most important women's tour, but the prize money gap has closed markedly since the American tour's total prize fund peaked at just over $60 million in 2008. While the Japan Tour is the second-most lucrative women's tour, two other non-U.S. tours, the Ladies European Tour and the LPGA of Korea Tour, rival the Japan Tour in level of competition. 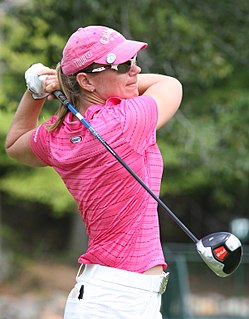 The Women's World Cup of Golf was a professional golf tournament contested by teams of two female golfers representing their respective countries. The tournament was played in two incarnations, first in 2000 at Adare Manor Hotel & Golf Resort, County Limerick in Ireland sanctioned by the Ladies European Tour, and later annually between 2005 and 2008 in South Africa sanctioned also by the LPGA Tour, money unofficial on both tours. The purse in the final year was US$1.4 million. The field consisted of twenty-two teams and each qualifying country could field one team. It was held in January or February, at the beginning of the season for the world's dominant professional tour, the U.S. LPGA Tour, and of other major tours such as those in Japan and Europe.

Isao Aoki is a Japanese professional golfer. He was elected to the World Golf Hall of Fame in 2004. 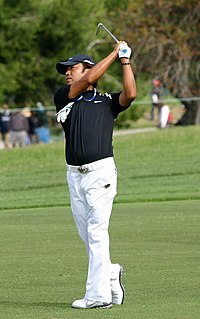 Masashi Ozaki is a Japanese professional golfer. Ozaki is often known as Jumbo Ozaki on account of his height and length off the tee. He featured in the top ten of the Official World Golf Rankings for almost 200 weeks between 1989 and 1998. He is the most successful player of all time on the Japan Golf Tour, having led the money list a record 12 times and won 94 tournaments, over 40 more than the second highest player. Ozaki was inducted into the World Golf Hall of Fame in 2011. 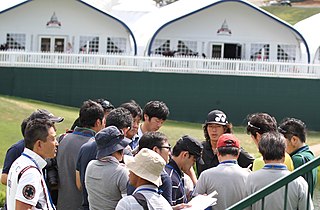 The following lists of golfers are arranged by gender:

Diamond Cup Golf is a professional golf tournament on the Japan Golf Tour. Founded in 1969, the event has been hosted at different courses throughout Japan, including on all four major islands. In 2018, the purse was ¥150,000,000, with ¥30,000,000 going to the winner. Since 2014, the tournament has been co-sanctioned by the Asian Tour. 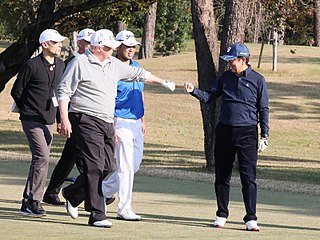 GolfTV is an international streaming service owned by Discovery, Inc. and run by its Discovery Golf division.