The Heiwa PGM Championship was a professional golf tournament on the Japan Golf Tour. It was played for the first time in November 2013 at the Miho Golf Club in Miho, Ibaraki, Japan.

Fancy Lala, known in Japan as Fancy Lala, the Magic Stage is a magical girl anime series produced by Studio Pierrot in 1998, following an OVA released in 1988. A two-volume manga adaptation by Rurika Kasuga ran in Ribon. The original designs were created by Akemi Takada, who worked on many of the 80s' Studio Pierrot series. The anime series has been licensed for English release by Bandai Entertainment, and is produced in Vancouver BC, Canada, by Ocean Productions.

Miho Komatsu is a former Japanese pop singer and songwriter with the Giza Studio label. Four of her songs were included in The Best of Detective Conan, a soundtrack album for the anime Case Closed . She has recorded 26 singles and 11 albums. 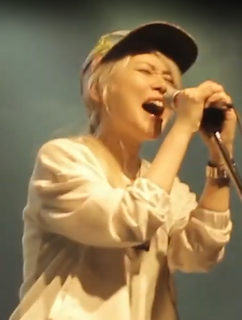 Miho Hatori is a Japanese singer, songwriter, and musician. She is the vocalist of the New York City group Cibo Matto. She also works in the virtual band Gorillaz, as the first person to provide the voice of animated member Noodle. 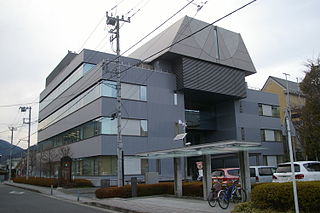 The Japan Golf Tour is a prominent golf tour. It was founded in 1973 and as of 2006 it offers the third-highest annual prize fund out of the regular men's professional tours after the PGA Tour and the European Tour. However, since the early 1990s, the growth in prize money has not kept pace with that on the two larger tours. Official events on the Japan Golf Tour count for World Golf Ranking points, and success on the tour can also qualify members to play in the majors.

Makubetsu is a town located in Tokachi Subprefecture, Hokkaido, Japan.

Miho Nakayama is a Japanese singer and actress.

Nobuta Group Masters GC Ladies is an annual golf tournament for professional female golfers on LPGA of Japan Tour. It is usually played in October and in recent years at the Masters Golf Club, Miki, Hyogo. It was founded in 2003.

This article summarizes the highlights of professional and amateur golf in the year 2008.

Miho Fukuhara is a Japanese pop star who made an independent label debut in 2006, releasing a single titled "The Roots" and mini-album titled Step Out. In early 2008, she made her major-label debut under Sony Music Entertainment Japan. Her single, "Change", was the number ninety-two song on the Billboard Japan Hot 100 Singles year-end charts for 2008. With her single, "Let It Out", she had her first major anime tie-in with Fullmetal Alchemist: Brotherhood.

The 1999 Toray Pan Pacific Open was a women's tennis tournament played on indoor carpet courts at the Tokyo Metropolitan Gymnasium in Tokyo, Japan that was part of Tier I of the 1999 WTA Tour. It was the 24th edition of the tournament and was held from 2 February through 7 February 1999. Second-seeded Martina Hingis won the singles title and earned $150,000 first-prize money.

Miho Saeki is a retired Japanese tennis player, winner of professional tournaments in doubles and singles, and a representative of Japan for the Federation Cup.

Miho Fukumoto is a Japanese football player. She plays for Chifure AS Elfen Saitama. She played for Japan national team.

Miho Oki is a Japanese former women's racing cyclist. Born in the northern island of Hokkaido, she originally trained to be a speed skater, but switched to cycling when she was 22. She won the first Japanese National Road Race Championships for women held in 1998, a title she ended up winning eleven straight times. From 2002, she became the first Japanese to participate on the women's pro tour in Europe, riding for French, Italian, and Dutch teams. She won the Trophée des Grimpeurs in 2002. She represented Japan at the 2000, 2004, and 2008 Summer Olympics. She retired in 2008 and currently serves as an adviser for women's keirin.

Suzuran Yamauchi is a Japanese idol singer who is represented by the talent agency, Horipro. She is a member of Team S of the female idol group SKE48, and is a former member of its sister group AKB48.

Nishida Miho is a Filipino-born Japanese television personality, who became the Big Winner of the second batch of Pinoy Big Brother: 737 housemates in 2015.