National Board of Review

The National Board of Review of Motion Pictures is a non-profit organization of New York City area film enthusiasts. Its awards, which are announced in early December, are considered an early harbinger of the film awards season that culminates in the Academy Awards. [1]

The organization which is now a private organization of film enthusiasts has its roots in 1909 when Charles Sprague Smith and others formed the New York Board of Motion Picture Censorship to make recommendations to the Mayor's office concerning controversial films. [2] It quickly became known as the National Board of Motion Picture Censorship. In an effort to avoid government censorship of films, the National Board became the unofficial clearinghouse for new movies. [3] The Board's stated purpose was to endorse films of merit and champion the new "art of the people", which was transforming America's cultural life. In March 1916 the Board changed its name to the National Board of Review of Motion Pictures to avoid the controversial word "censorship". [4]

Producers submitted their films to the board before making release prints; they agreed to cut any footage that the board found objectionable, up to and including destroying the entire film. [3] Thousands of films carried the legend "Passed by the National Board of Review" in their main titles from 1916 into the 1950s, when the board began to lose financial support, partly due to the NBR being overshadowed by the MPAA regarding film censorship. [5]

In 1930, the NBR was the first group to choose the 10 best English-language movies of the year and the best foreign films, and is still the first critical body to announce its annual awards. In 1936 executive secretary Wilton A. Barrett explained the Board's workings:

The National Board is opposed to legal censorship regarding all forms of the motion picture...It believes that far more constructive ...is the method of selecting the better pictures, publishing descriptive, classified lists of them and building up audiences and support for them through the work of community groups... [6]

Since 1909, the National Board of Review has dedicated its efforts to the support of cinema as both art and entertainment. Each year, this select group of film enthusiasts, filmmakers, professionals and academics view over 250 films and participates in illuminating discussions with directors, actors, producers and screenwriters before announcing their selections for the best work of the year.  Since first citing year-end cinematic achievements in 1929, NBR has recognized a vast selection of outstanding studio, independent, foreign-language, animated and documentary films, often propelling recipients such as Peter Farrelly’s Green Book and George Miller’s Mad Max: Fury Road into the larger awards conversation. NBR also stands out as the only film organization that bestows a film history award in honor of former member and film historian William K. Everson. In addition, one of the organization’s core values is identifying new talent and nurturing young filmmakers by awarding promising talent with ‘Directorial Debut’ and ‘Breakthrough Actor’ awards as well as grants to rising film students and by facilitating community outreach through the support of organizations such as The Ghetto Film School, Reel Works Teen Filmmaking, and Educational Video Center. With its continued efforts to assist up-and-coming artists in completing and presenting their work, NBR honors its commitment to not just identifying the best that current cinema has to offer, but also ensuring the quality of films for future generations to come. [7]

The board's official magazine had existed in several forms and different names since its inception. In 1950, the magazine changed its name from Screen Magazine and launched the first issue as Films in Review ( ISSN   0015-1688) on February 1, 1950. [8] Films in Review ceased print publishing in 1997 and became an online publication only at Filmsinreview.com. It is the oldest film review and commentary publication in the United States. 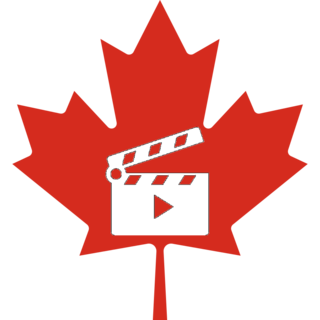 Cinema in Canada dates back to the earliest known display of film in Saint-Laurent, Quebec, in 1896. The film industry in Canada has been dominated by the United States, which has utilized Canada as a shooting location and to bypass British film quota laws, throughout its history. Canadian filmmakers, English and French, have been active in the development of cinema in the United States.

The National Legion of Decency, also known as the Catholic Legion of Decency, was a Catholic group founded in 1934 by Archbishop of Cincinnati, John T. McNicholas, as an organization dedicated to identifying for Catholic audiences, objectionable content in motion pictures. Members were asked to pledge to patronize only those motion pictures which did not "offend decency and Christian morality". The concept soon gained support from other churches.

Millard Robert E. Theodore Baehr is an American media critic and chairman of the Christian Film and Television Commission, a division of Good News Communications, Inc. He is publisher and editor-in-chief of Movieguide, a website and biweekly journal that evaluates motion pictures and other entertainment products from a conservative Christian perspective on suitability for family consumption. He also hosts nationally and internationally syndicated Movieguide radio and television programs.

Founded in 1950, American Cinema Editors (ACE) is an honorary society of film editors that are voted in based on the qualities of professional achievements, their education of others, and their dedication to editing. Members use the post-nominal letters "ACE". The organization's "Eddie Awards" are routinely covered in trade magazines such as The Hollywood Reporter and Variety. The society is not an industry union, such as the I.A.T.S.E., to which an editor might also belong. The current President of ACE is Kevin Tent, who was elected in 2020.

The cinema of the Philippines began with the introduction of the first moving pictures to the country on August 31, 1897, at the Salón de Pertierra in Manila. The following year, local scenes were shot on film for the first time by a Spaniard, Antonio Ramos, using the Lumiere Cinematograph. While most early filmmakers and producers in the country were mostly wealthy enterprising foreigners and expatriates, on September 12, 1919, Dalagang Bukid , a movie based on a popular musical play, was the first movie made and shown by Filipino filmmaker José Nepomuceno. Dubbed as the "Father of Philippine Cinema," his work marked the start of cinema as an art form in the Philippines.

The National Society of Film Critics (NSFC) is an American film critic organization. The organization is known for its highbrow tastes, and its annual awards are one of the most prestigious film critics awards in the United States. In January 2014, the NSFC had approximately 60 members who wrote for a variety of weekly and daily newspapers along with major publications and media outlets.

The Filipino Academy of Movie Arts and Sciences Awards are the annual honors given by the Filipino Academy of Movie Arts and Sciences (FAMAS), an organization composed of prize-winning writers and movie columnists, for achievements in Philippine cinema for a calendar year. Members of the academy including avid movie viewers, fans or enthusiasts will cast their votes on who should win the statuettes on different categories they were nominated. Established in 1952, it the oldest existing film industry award-giving body in the Philippines and one of the oldest in Asia. The FAMAS Awards, from 1952 to 1982, was the highest Filipino film award a filmmaker or artisan could receive in the local movie industry. 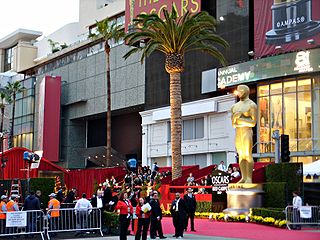 A film – also called a movie, motion picture, moving picture, picture or photoplay – is a work of visual art that simulates experiences and otherwise communicates ideas, stories, perceptions, feelings, beauty, or atmosphere through the use of moving images. These images are generally accompanied by sound and, more rarely, other sensory stimulations. The word "cinema", short for cinematography, is often used to refer to filmmaking and the film industry, and to the art form that is the result of it.

Film censorship in the United States was a frequent feature of the industry since almost the beginning of the motion picture industry until the end of strong self-regulation in 1966. Court rulings in the 1950s and 1960s severely constrained government censorship, though statewide regulation lasted until at least the 1980s.