The National Cyber Security Centre (NCSC) is an organisation of the United Kingdom Government that provides advice and support for the public and private sector in how to avoid computer security threats. Based in London, it became operational in October 2016, and its parent organisation is GCHQ. [1]

The NCSC absorbed and replaced CESG (the information security arm of GCHQ), the Centre for Cyber Assessment (CCA), Computer Emergency Response Team UK (CERT UK) and the cyber-related responsibilities of the Centre for the Protection of National Infrastructure (CPNI). [2] It built on earlier efforts of these organisations and the Cabinet Office to provide guidance on Information Assurance to the UK's wider private sector, such as the "10 Steps" guidance released in January 2015. In pre-launch announcements, the UK government stated that the NCSC would first work with the Bank of England to advise financial institutions on how to bolster online defences. [3]

The centre was first announced in November 2015 by the Chancellor of the Exchequer, George Osborne. The existing Director General Cyber of GCHQ, Ciaran Martin, leads the new centre, and GCHQ's current Technical Director of Cyber Security, Dr Ian Levy, assumed the same role at the NCSC. [4] A detailed paper on the creation of the NCSC, including a description of its structure and future challenges, written by the then Director of GCHQ, Robert Hannigan, who is widely credited with establishing the centre, was published by the Royal United Services Institute in February 2019 [5] .

In April 2016, the Ministry of Defence announced that a Cyber Security Operations Centre (CSOC) will contribute to this initiative. The likely location for the CSOC will be MoD Corsham. [11]

Government Communications Headquarters, commonly known as GCHQ, is an intelligence and security organisation responsible for providing signals intelligence (SIGINT) and information assurance to the government and armed forces of the United Kingdom. Based in "The Doughnut" in the suburbs of Cheltenham, GCHQ is the responsibility of the country's Secretary of State for Foreign and Commonwealth Affairs, but it is not a part of the Foreign Office and its director ranks as a Permanent Secretary.

Her Majesty's Revenue and Customs is a non-ministerial department of the UK Government responsible for the collection of taxes, the payment of some forms of state support and the administration of other regulatory regimes including the national minimum wage.

The National Cyber Security Division (NCSD) is a division of the Office of Cyber Security & Communications, within the United States Department of Homeland Security's Cybersecurity and Infrastructure Security Agency. Formed from the Critical Infrastructure Assurance Office, the National Infrastructure Protection Center, the Federal Computer Incident Response Center, and the National Communications System, NCSD opened on June 6, 2003. The NCSD mission is to collaborate with the private sector, government, military, and intelligence stakeholders to conduct risk assessments and mitigate vulnerabilities and threats to information technology assets and activities affecting the operation of the civilian government and private sector critical cyber infrastructures. NCSD also provides cyber threat and vulnerability analysis, early warning, and incident response assistance for public and private sector constituents. NCSD carries out the majority of DHS’ responsibilities under the Comprehensive National Cybersecurity Initiative. The FY 2011 budget request for NCSD is $378.744 million and includes 342 federal positions. The current director of the NCSD is John Streufert, former chief information security officer (CISO) for the United States Department of State, who assumed the position in January 2012.

Centre for the Protection of National Infrastructure (CPNI) is the United Kingdom government authority which provides protective security advice to businesses and organisations across the national infrastructure. 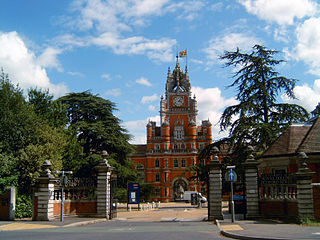 Founded in 1990, the Information Security Group (ISG) at Royal Holloway, University of London is an academic security group with 18 established academic posts, 10 visiting Professors/Fellows and over 90 research students. The Founder Director of the ISG was Professor Fred Piper, and the current Director is Professor Keith Mayes.

Robert Peter Hannigan CMG is a cybersecurity specialist who currently serves as a senior executive of BlueVoyant, a US-based cyber security services company, and as an adviser to a number of international companies. He was a senior British civil servant who previously served as the Director of the signals intelligence and cryptography agency the Government Communications Headquarters (GCHQ). He announced his resignation as Director on 23 January 2017 and stepped down at the end of April 2017 to pursue a career in private sector cyber security and academia.

IASME Governance is an Information Assurance standard that is designed to be simple and affordable to help improve the cyber security of Small and medium-sized enterprises (SMEs).

The cyber security community in the United Kingdom is diverse, with many stakeholders groups contributing to support the UK Cyber Security Strategy. The following is a list of some of these stakeholders.

MoD Corsham is a Ministry of Defence establishment located between the towns of Corsham and Box in Wiltshire, England.

Cyber Essentials is a UK government information assurance scheme operated by the National Cyber Security Centre (NCSC) that encourages organisations to adopt good practice in information security. It includes an assurance framework and a simple set of security controls to protect information from threats coming from the internet.

The National Cyber Security Centre (NCSC) is a government computer security organisation in Ireland, an operational arm of the Department of Communications, Climate Action and Environment. The NCSC was developed in 2013 and formally established by the Irish government in July 2015. It is responsible for Ireland's cyber security, with primary focus on securing government networks, protecting critical national infrastructure, and assisting businesses and citizens in protecting their own systems. The NCSC incorporates the Computer Security Incident Response Team (CSIRT-IE).

The University College Dublin Centre for Cybersecurity & Cybercrime Investigation is a centre for research and education in cybersecurity, cybercrime and digital forensic science in Dublin, Ireland.

Ciaran Liam Martin is the first CEO of the National Cyber Security Centre. Having been appointed as head of cyber security at GCHQ in December 2013, he recommended the establishment of a National Cyber Security Centre within the intelligence and security agency. This was agreed by the Government and announced by then Chancellor George Osborne in November 2015. Martin was announced as the first Chief Executive in February 2016, and it became operational in October of that year. On 14 February 2017, the NCSC's new headquarters in Victoria, London, were opened by Her Majesty The Queen.

TechVets is a UK not-for-profit company which supports military veterans and service leavers into careers in information security.