New York Fashion Week, held in February and September of each year, is a semi-annual series of events (generally lasting 7–9 days) when international fashion collections are shown to buyers, the press, and the general public. It is one of four major fashion weeks in the world, collectively known as the "Big 4", along with those in Paris, London, and Milan. [1] [2] The Council of Fashion Designers of America (CFDA) created the modern notion of a centralized “New York Fashion Week” in 1993, although cities like London were already using their city’s name in conjunction with the words fashion week in the 1980s. NYFW is based on a much older series of events called "Press Week", founded in 1943. [3]

It has consisted of numerous branded events, such as Olympus Fashion Week New York [4] and MADE Fashion Week, [5] and many independent fashion productions around town. [6]

The event, the world's first organized fashion week, was called "Press Week", and was created to attract attention away from French fashion during World War II, when fashion industry insiders were unable to travel to Paris to see French fashion shows. [13] It was also meant to showcase American designers for fashion journalists, who had neglected U.S. fashion innovations.

Press Week was a success, and fashion magazines like Vogue , which were normally filled with French designs, increasingly featured American fashion. [13]

Consolidation as "7th on Sixth"

In 2004, the camera company Olympus became a sponsor of IMG's events, which were then renamed "Olympus Fashion Week." [4]

In 2010, IMG/Mercedes-Benz Fashion Week New York left the Bryant Park tents, relocating to the Lincoln Center for the Performing Arts. [25] [26]

In September 2011, New York designers began live-streaming runway shows, following London, who began in February 2010. [27] [28] Streams were originally offered on YouTube, and later on other sites.

In 2014, the CFDA acquired FashionCalendar.com from Ruth Finley, who had managed it (originally in paper, then digital format) for more than 60 years. [31] [32]

In January 2015, Mercedes-Benz announced its departure as title sponsor from WME/IMG's events. [33] Producer Kanye West announced he would gladly take over sponsorship of the event.[ citation needed ]

In March 2015, WME/IMG announced that it had acquired MADE Fashion Week, which takes place during WME/IMG's events. [34] [35]

Following the loss of Bryant Park and later Lincoln Center as hosting site for New York Fashion Week, the event is no longer held in one central location. Locations have included a waterfront carnival, converted railway terminals and a former post office. [38]

In February 2014, Dr. Danielle Sheypuk became the first wheelchair-using model to appear in a show for New York Fashion Week; she modeled for designer Carrie Hammer. [39] [40]

On December 12, 2014, a New York state court approved a settlement in a lawsuit by community activists over whether allowing the Mercedes-Benz Fashion Week tents in Damrosch Park was a violation of the public trust doctrine. In accordance with the settlement, the City of New York, the New York City Department of Parks and Recreation, and Lincoln Center for the Performing Arts agreed not to renew their contract with IMG. As a result, the February 2015 Mercedes-Benz Fashion Week was the last one staged in Damrosch Park. [42]

In 2014, New York State passed legislation designating models under the age of 18 as child performers, restricting the hours they can perform and requiring additional documentation. [43]

The fall/winter 2015 shows took place from February 12–19. [44] In that week, actress Jamie Brewer became the first woman with Down syndrome to walk the red carpet at New York Fashion Week, which she did for designer Carrie Hammer. [45]

The spring/summer 2016 [46] shows took place from September 10–17, 2015 at two new locations, Skylight at Moynihan Station in Midtown and Skylight Clarkson Square in SoHo. [47] The economic impact of these shows was estimated to be $900 million and attendance was approximately 125,000 people. [48]

In December 2015, the CFDA announced that it had hired the Boston Consulting Group to study revising the format of New York Fashion Week to adapt to changes brought about by social media. One option being explored is to bifurcate the event, with private showroom appointments of next season's designs for buyers and public fashion shows displaying in-season merchandise for consumers. [49] [50] [51]

The season ended with a number of designers either experimenting with, or planning to adopt, a "see now, buy now model," with items available from the runway immediately after (or even during) the show, rather than six months later. [55] The charge was led by brands such as Burberry, [56] although experiments in the format can be traced back to earlier shows by designers such as Diane von Furstenberg.

Spring/summer 2017 events will be held September 8–15, 2016. (Fashion weeks are traditionally named for the season the clothes will appear at retail, six months after the events, although the trend may be changing due to fundamental shifts in the retail cycle.) [50]

The advent of "see now, buy now" shopping is expected to further transform fashion week, as collections become "in season" and select items are offered from the runway in real time. [57]

Fall/winter 2019 took place on February 6–13, 2019. This NYFW was notable for several reasons. Nine of the ten most booked models for NYFW were models of color. [59] In this season's NYFW, 45.8% of the models booked were people of color, a 1 percentage point increase from the previous season's show. [59] The model with the most bookings was Mayowa Nicholas (Nigeria) with 13 shows, including Tom Ford, Ralph Lauren, and Anna Sui. [59] This season was historic because for the first time, a transgender designer showed at NYFW. Pierre Davis, a transgender woman of color and founder of NO SESSO, debuted an agender collection. [60] [61] The label, which is run by Davis and her partner Arin Hayes, creates "a world of fashion and art inclusive of LGBTQ and ethnic identities." [61]

Admission to shows at New York Fashion Week is typically in the form of accreditation, with specific events by invitation only. [68]

In spite of CFDA's claim to run the "official" New York Fashion Week calendar, [69] and as further purported by publications such as Women's Wear Daily , [70] it has been pointed out in publications such as The Fashion Law that CFDA has "little, in any, legal rights in the NYFW name". [71] Therefore, trademark rights remain unclear, at best.

In 2013 Fashion Week Inc., founded by business executive Trisha Paravas, registered the trademarks “New York Fashion Week,” “NYFW”, and “NYFW The Runway Shows” to use in conjunction with the production of its consumer-based fashion shows after realizing the current slate of New York Fashion Shows were invitation-only and designed for industry professionals and media.

On June 28, 2016 Fashion Week Inc. and its CEO Trisha Paravas filed a lawsuit for $10 million against CFDA and WME-IMG for trademark counterfeiting, trademark infringement, false designation of origin, dilution, and unfair competition. [75] [76] [77] [78]

On August 12, 2016, the court denied Paravas and Fashion Week Inc.'s motion for a preliminary injunction. [79] Judge Koeltl held that although Fashion Week, Inc. does have rights in the New York Fashion Week trademark, those rights are “limited” to “online entertainment ticket agency sales.” On the other hand, the court held that the CFDA and WME IMG enjoy rights in the mark for the “broad ambit of organizing and producing fashion shows.” [80]

IMG, originally known as the International Management Group, is a global sports, other events and talent management company headquartered in New York City. It has been owned by Endeavor and Silver Lake Partners since 2013. Trans World International (TWI) is the event company of IMG. 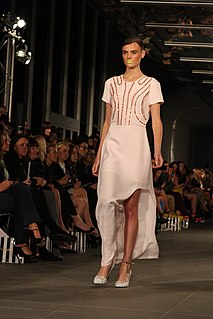 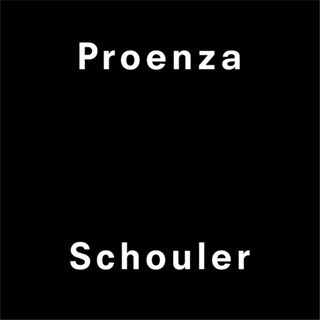 Fashion Week in Los Angeles occurs biannually. Multiple show producers hold events throughout the Greater Los Angeles area each March and October. Traditionally, the City of Los Angeles identified the third weekend of those respective months as the beginning of its Fashion Week. However, new independent event producers have been transitioning Fashion Week related activities to coincide closer in time with the LA Fashion Market Week.

Fern Mallis was the executive director of the Council of Fashion Designers of America (CFDA) from 1991–2001, and created 7th on Sixth productions or New York Fashion Week as it is known today. She was also senior vice president of IMG Fashion from 2001 to 2010. Mallis is currently president of her own international fashion and design consultancy, Fern Mallis LLC. She received her BFA from University at Buffalo.

LaQuan Smith is a luxury fashion designer and founder of womenswear clothing brand LaQuan Smith, LLC. Smith serves as chief executive officer and is based in New York City.

Chris Benz is an American fashion designer. He gained early recognition as a recipient of a CFDA scholarship while attending Parsons School of Design. Benz interned with Marc Jacobs in college, then worked at J.Crew, before launching his own collection in 2007. His signatures include use of color, texture and prints, as well as subversion of traditional dressmaking codes and techniques. His collection is available in stores throughout United States, Canada, Asia, Europe, and the Middle East. He was inducted into the CFDA in 2009. 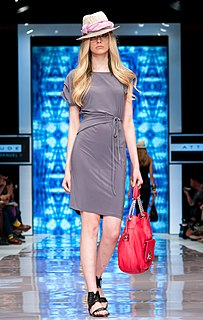 Toronto Fashion Week (TFW), held in February and September of each year, is a semi-annual event celebrating fashion, arts and culture where Canadian and international fashion collections are shown to buyers, the press, and the general public. It is the largest fashion week held in Canada and the second largest fashion week in North America, after New York Fashion Week.

Haus Alkire is an American fashion label headed by design partners Julie Alkire and Jason Alkire. Both the Alkires are members of the Council of Fashion Designers of America (CFDA). Established in 2012, the line is made in New York City. 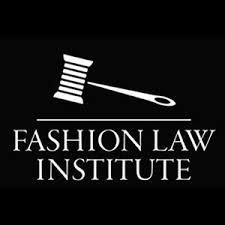 Steven Kolb is chief executive officer of the Council of Fashion Designers of America (CFDA), a group of 477 American fashion womenswear, menswear, jewelry, and accessories designers. He holds a Masters in Public Administration from New York University and an honorary doctorate of the Arts from Kendall College of Art and Design at Ferris State University in Grand Rapids, Michigan. The Business of Fashion ranks Kolb as one of 500 people shaping the global fashion industry.. In 2018 and 2012, he was named to the Out100 list, a celebration of the most influential LGBTQ people of the year..

Jason Alkire is an American fashion designer and partner of the Haus Alkire fashion label. His partner and wife is Julie Alkire, also known as Julie Haus. The first public season of the New York made women's collection was Fall 2012.

Dan Liu Kin Ming also known as; Liu Tatsuaki is a Hong Kong Japanese Canadian fashion designer and producing apparel, accessories and fashions for men and women. He is also the founder and the creative director of TATSUAKI fashion label. He was born in Hong Kong and is currently based in Toronto and Tokyo. 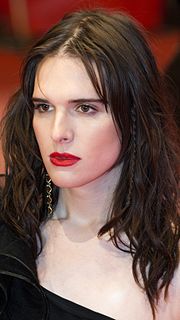 Hari Nef is an American actress, model and writer. Nef made her runway debut at New York Fashion Week Spring 2015, walking for both Hood By Air and Eckhaus Latta. Nef is known for speaking about trans issues. She is the first openly transgender person to appear on the cover of a major British magazine.

Vivienne Hu is an American fashion designer based in New York City.

Franco Lacosta born in New York City, New York is a Puerto Rican television personality, producer and fashion designer. He has worked with networks such as ABC, NBC, CWTV, Bravo, and NuvoTV. He is best known for his on-camera appearances for TV shows including America's Next Top Model, Model Latina, The Bachelor, and The Bachelorette. Lacosta's menswear designs are presented by New York Mercedes-Benz Fashion Week.