The Togo national football team represents Togo in international football and is controlled by the Togolese Football Federation. The national football team of Togo made their debut in the FIFA World Cup in 2006. Their team bus underwent a fatal attack in Angola prior to the 2010 Africa Cup of Nations. They withdrew and were subsequently banned from the following two tournaments by the Confederation of African Football (CAF). In 2013 for the first time in history, Togo reached the quarter-finals of the Africa Cup of Nations, The team represents both FIFA and Confederation of African Football (CAF). 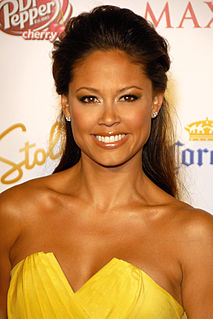 Vanessa Joy Lachey is an American-Filipino television personality, beauty queen, fashion model, television host and actress. She was also named Miss Teen USA in 1998. She has been a New York-based correspondent for Entertainment Tonight and hosted Total Request Live on MTV. She has starred in two network sitcoms, and has hosted various competition and reality shows through the 2010s and 2020s. 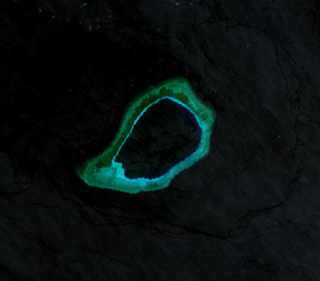 Subi Reef, also known as Zhubi Reef is a reef in the Spratly Islands of the South China Sea located 26 km (16 mi) southwest of Philippine-occupied Thitu Island. It is occupied by China, and claimed by Taiwan, Vietnam, and the Philippines. It currently falls under the de facto jurisdiction of Nansha islands, Sansha city, Hainan province, China.

The purple martin is the largest swallow in North America. Despite their name, purple martins are not truly purple. Their dark blackish-blue feathers have an iridescent sheen caused by the refraction of incident light giving them a bright blue to navy blue or deep purple appearance. In some light they may even appear green in color.

Patrick McCartin is a former Australian rules footballer who played for the St Kilda Football Club in the Australian Football League (AFL). He was drafted as the number one pick in the 2014 AFL draft.

Kota Samarahan is a federal constituency in Sarawak, Malaysia, that has been represented in the Dewan Rakyat since 1990.

Bintulu is a federal constituency in Sarawak, Malaysia, that has been represented in the Dewan Rakyat since 1971.

The 2020 NFL season will be the 101st season of the National Football League (NFL). The season will begin on September 10, 2020, with the NFL Kickoff Game, expected to feature the defending Super Bowl LIV champions Kansas City Chiefs. The season will conclude with Super Bowl LV, the league's championship game on February 7, 2021 at Raymond James Stadium in Tampa, Florida.

Jake Peetz is an American football coach who is currently quarterbacks coach for the Carolina Panthers of the National Football League (NFL).

Nicholas John Bosa is an American football defensive end for the San Francisco 49ers of the National Football League (NFL). He played college football at Ohio State, and was drafted second overall by the 49ers in the 2019 NFL Draft. Bosa was named the 2019 NFL Defensive Rookie of the Year by various organizations. 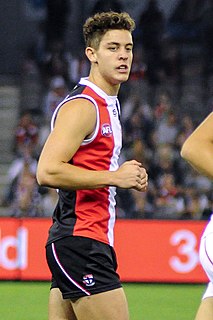 Nicholas Coffield is a professional Australian rules footballer playing for the St Kilda Football Club in the Australian Football League (AFL). He was drafted by St Kilda with their second selection and eighth overall in the 2017 national draft.

Adley Stan Rutschman is an American professional baseball catcher in the Baltimore Orioles organization. He played college baseball for the Oregon State Beavers. He was named the Pac-12 Conference Player of the Year in 2019. The Orioles selected Rutschman with the first overall selection in the 2019 MLB draft, and he signed for $8.1 million, at the time the highest MLB draft signing bonus ever.

The Dallas Renegades are a professional American football team based in Arlington, Texas. The team is an owned-and-operated member of the new XFL founded by Vince McMahon's Alpha Entertainment and plays its home games at Globe Life Park in Arlington, which was re-purposed as a football venue after its previous tenant, Major League Baseball's Texas Rangers, relocated to the newly built Globe Life Field.

Nicholas Arbuckle is a professional Canadian football quarterback for the Ottawa Redblacks of the Canadian Football League (CFL). Arbuckle played college football at Georgia State. During his time playing for the Panthers, he was first-team All-Sunbelt Conference in 2015. Also in 2015, Arbuckle set a Sun Belt record 3,368 passing yards along with school records in completions (307) and touchdowns (28). He has also been a member of the Calgary Stampeders.

The eighteenth season of the American reality television show The Voice premiered on February 24, 2020, on NBC. John Legend, Kelly Clarkson and Blake Shelton returned as coaches for their third, fifth and eighteenth seasons, respectively. Nick Jonas joined the panel as a new coach, replacing Gwen Stefani. Meanwhile, Carson Daly returned for his eighteenth season as host. For the first time since the fourth season, the team sizes were reduced from 12 to 10.

UFC 248: Adesanya vs. Romero is an upcoming mixed martial arts event produced by the Ultimate Fighting Championship that is planned to take place on March 7, 2020 at T-Mobile Arena in Paradise, Nevada, part of the Las Vegas Metropolitan Area.

Nate Holley is a professional Canadian football linebacker for the Calgary Stampeders of the Canadian Football League (CFL). Holley played high school football at Whitmer High School in Toledo, Ohio. He played NCAA football at Kent State. He has also been a member of the Minnesota Vikings, Nebraska Danger and Los Angeles Rams.