Nordisk familjebok (Swedish:  [ˈnǔːɖɪsk faˈmɪ̂lːjɛˌbuːk] , "Nordic Family Book") is a Swedish encyclopedia that was published in print form between 1876 and 1957, and that is now fully available in digital form via Project Runeberg at Linköping University.

The first edition of Nordisk familjebok was published in 20 volumes between 1876 and 1899, and is known as the "Idun edition" because it bears a picture of Idun, the Norse mythologic goddess of spring and rejuvenation, on its cover. [1] [2] This was published during almost a quarter of a century, and particularly the first ten volumes contain material which are not seen in later editions. A good example of this is found in the end of the Berlin article (which is included in the second volume, from 1878 [3] ), where the author finishes his article by talking about the public decency and morality, which he finds to be very poor. The author continues by complaining about there being a very lazy interest in religious matters and concludes: "to all these joint circumstances, one can hardly defend oneself against the thought of future threatening dangers". [4]

The second edition, popularly known as Uggleupplagan ("The Owl Edition") because of an owl image on its cover, was published between 1904 and 1926 in 38 volumes, and is the most comprehensive encyclopedia published in the Swedish language.[ citation needed ] [1] [2]

The third edition had 17 volumes and was published between 1924 and 1937. Another three supplementary volumes were published in 1937, 1938 and in 1939. The supplement covers for instance the Spanish Civil War and a heavy update on Adolf Hitler, but nothing about Germany's war on Poland nor are later events mentioned. A second printing of the entire third edition was published between 1941 and 1944. Nothing essential is changed in the second printing, but quite a lot of one side portraits (still in black and white), coloured maps of "World cities", European countries, continents, Swedish provinces and cities are added together with a few topics, like a collection of national flags. All the added material are on unnumbered pages, presumably a technical printing solution (so already printed books did not require re-numbering). This edition is usually called "the 1930s edition" and are of brown colour when looking at them on a shelf.

Project Runeberg is a digital cultural archive initiative that publishes free electronic versions of books significant to the culture and history of the Nordic countries. Patterned after Project Gutenberg, it was founded by Lars Aronsson and colleagues at Linköping University and began archiving Nordic-language literature in December 1992. As of 2015 it had accomplished digitization to provide graphical facsimiles of old works such as the Nordisk familjebok, and had accomplished, in whole or in part, the text extractions and copyediting of these as well as esteemed Latin works and English translations from Nordic authors, and sheet music and other texts of cultural interest.

Astrild is a relatively late Nordic name for Amor or Cupid. Astrild probably originated in the writings of the 17th-century Swedish poet Georg Stiernhielm, and has since been used in Nordic poetry, mainly during the Baroque and Rococo eras, such as in Carl Michael Bellman's 1790 Fredman's Epistles. Astrild does not appear in Norse mythology; even though the name was used before Stiernhielm as a synonym for the estrildid finches. 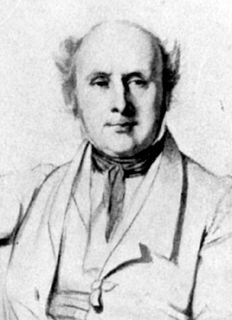 Jarler was a Swedish Dominican monk and Archbishop of Uppsala from 1236 to 1255. 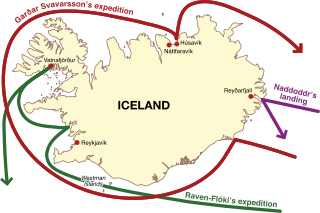 Flóki Vilgerðarson was the first Norseman to intentionally sail to Iceland. His story is documented in the Landnámabók manuscript; however, the precise year of his arrival is not clear. He settled in this new land then known as Garðarshólmi.

The stone circles of the Iron Age were a characteristic burial custom of southern Scandinavia and Southwestern Finland, especially on Gotland and in Götaland

The Lord High Steward or Lord High Justiciar was a highly prominent member of the Swedish Privy Council from the 13th century until 1809, excluding periods when the office was out of use.

Theodor Wisén was a Swedish philologist of Scandinavian languages.

Ludwig Wilhelm Gilbert was a German physicist and chemist, and professor of physics at the University of Leipzig. From 1799-1824 he published the "Annalen der Physik", of which Poggendorffs "Annalen der Physik und Chemie" was a continuation.

Stora Le or Lesjön in Swedish and Store Le in Norwegian is a lake in Dalsland, Sweden, the northern end of which proceeds into Norway and into Värmland, where it continues as Lake Foxen.

Svensk uppslagsbok is a Swedish encyclopedia published between 1929 and 1955, in two editions.

Arkiv för nordisk filologi is an annual academic journal of Old Norse and older Scandinavian studies, published by Lund University. It was established in 1882 and was the first scholarly periodical entirely devoted to the field. 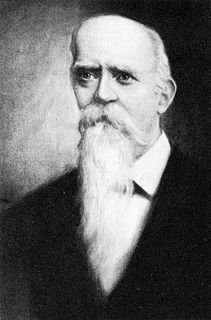 (Les) Anecdotes de Suède is a political satire written against the Swedish regime of the 1680s. Probably dating to the end of that decade, it was first published in French, in two volumes, in 1716, under the full title Les anecdotes de Suede, ou Histoire secrette des changemens arrivés dans ce royaume, sous le regne de Charles XI. It subsequently appeared in German, English, and finally Swedish translations. Various men have been suggested to be the author, including the German jurist Samuel von Pufendorf (1632–1694), whose name was on the German edition, but the issue remains unsettled. It is one of the most controversial historical representations of the Swedish Empire, railing against the Great Reduction of 1680 in Sweden and especially sharply against Johan Gyllenstierna.

Carl Gustaf Warmholtz (1713–1785) was a Swedish scholar, historian, writer, and a collector of historical books and manuscripts. A large bibliography of books and texts concerning Sweden is his main work still widely used and "remains the first place to look for Swedish imprints published before 1774".

Gerda Charlotta Wallander was a Swedish portrait and genre painter. 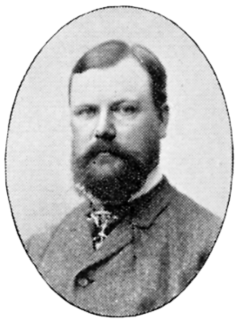