Mr Alexander Butterwick had been the car repairs shop manager for North Riding Garages for thirty years in Whitby, Yorkshire. He could not cope with new working methods introduced by the business owners who bought out the company in 1965. This involved more paper work and providing estimates to customers in advance.

Whitby is a seaside town, port and civil parish in the Scarborough borough of North Yorkshire, England. Situated on the east coast of Yorkshire at the mouth of the River Esk, Whitby has a maritime, mineral and tourist heritage. Its East Cliff is home to the ruins of Whitby Abbey, where Cædmon, the earliest recognised English poet, lived. The fishing port emerged during the Middle Ages, supporting important herring and whaling fleets, and was where Captain Cook learned seamanship. Tourism started in Whitby during the Georgian period and developed with the arrival of the railway in 1839. Its attraction as a tourist destination is enhanced by the proximity of the high ground of the North York Moors national park and the heritage coastline and by association with the horror novel Dracula. Jet and alum were mined locally, and Whitby Jet, which was mined by the Romans and Victorians, became fashionable during the 19th century.

Lord Parker CJ, Glyn-Jones J and Widgery J in the Divisional Court reversed the Tribunal’s finding of redundancy. It held the garage continued to require a workshop manager, though one with different skills.

North Lincolnshire is a unitary authority area in Lincolnshire, England, with a population of 167,446 at the 2011 census. There are three significant towns: Scunthorpe, the administrative centre, Brigg and Barton-upon-Humber.

The Isle of Axholme is a geographical area of North Lincolnshire, England. It is the only part of Lincolnshire west of the River Trent. It is between the three towns of Doncaster, Scunthorpe and Gainsborough, in the traditional West Riding of Lindsey.

Butterwick may refer to: 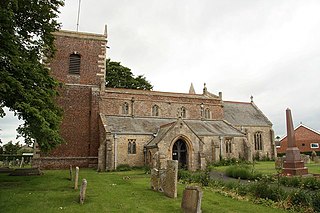 Butterwick is a village and civil parish in the Borough of Boston, Lincolnshire, England, It is situated approximately 3 miles (5 km) east from the market town of Boston.

In Information theory, redundancy measures the fractional difference between the entropy H(X) of an ensemble X, and its maximum possible value . Informally, it is the amount of wasted "space" used to transmit certain data. Data compression is a way to reduce or eliminate unwanted redundancy, while checksums are a way of adding desired redundancy for purposes of error detection when communicating over a noisy channel of limited capacity. Harrogate Town Association Football Club is a professional association football club based in the spa town of Harrogate, North Yorkshire, England. The club currently competes in the National League, the fifth tier of English football, following promotion from the National League North in the 2017–18 season.

West Butterwick is a village and civil parish in North Lincolnshire, England. It lies in the Isle of Axholme, approximately 4 miles (6 km) north-east from Epworth and 4 miles north from Owston Ferry, on the western bank of the River Trent opposite its neighbour East Butterwick.

The Borough of Boothferry was, from 1 April 1974 to 1 April 1996, a local government district with borough status within the non-metropolitan county of Humberside. The district is now split between the East Riding of Yorkshire and North Lincolnshire.

North Ferriby United A.F.C was a semi-professional football club in North Ferriby, East Riding of Yorkshire, England. At the time of their demise they were members of the Northern Premier League Premier Division, the seventh tier of English football, and played at Grange Lane.

Pickering Town Football Club is an English football club based in Pickering, North Yorkshire. The club was founded in 1888 and are currently members of the Northern Premier League Division One East. 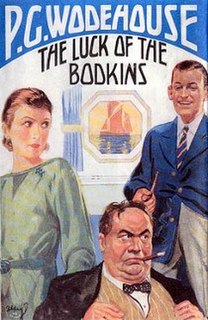 The Luck of the Bodkins is a novel by P.G. Wodehouse, first published in the United Kingdom on 11 October 1935 by Herbert Jenkins, London, and in the United States on January 3, 1936 by Little, Brown and Company, Boston. The two editions are significantly different, though the plot remains the same. The novel was serialised in Passing Show magazine (UK) from 21 September to 23 November 1935, and this version was published as the UK edition. For its US magazine appearance, in the Red Book, between August 1935 and January 1936, Wodehouse re-wrote the story, reducing its length, and this became the US book edition. 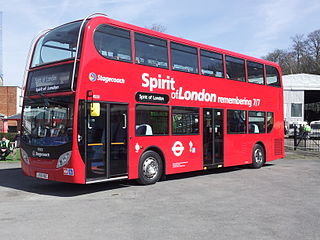 East London is a bus company operating in East London. It is a subsidiary of Stagecoach and operates services under contract to Transport for London.

South Yorkshire Transport (SYT) was formed in 1986, as a result of deregulation of bus services. The South Yorkshire Passenger Transport Executive (SYPTE) was no longer allowed to operate buses itself, so an arms length operating company was created. 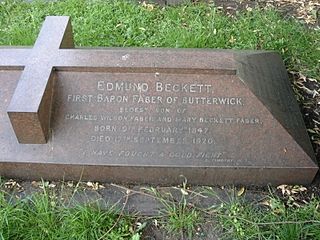 Butterwick is a village in the Ryedale district of North Yorkshire, England in the parish of Foxholes, near the village of Weaverthorpe. Butterwick is a small village and only contains about 13 to 15 houses. It has a church dedicated to St Nicholas, and several farming families. The closest school is Weaverthorpe Primary about 1 mile away. It is approximately 9 miles from Driffield, 10 miles from Bridlington, 15 miles from Scarborough and 35 miles from York. There is a small farm shop that sells almost everything. 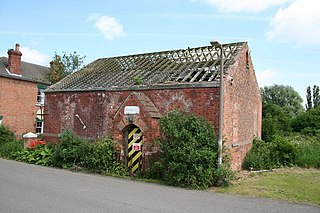 East Butterwick is a village and civil parish in North Lincolnshire, England. It lies in the Isle of Axholme, about 4 miles (6 km) north-east from Epworth and 4 miles north from Owston Ferry, on the eastern bank of the River Trent opposite its neighbour West Butterwick. The population of the civil parish as at the 2011 census was 135.

Structural holes is a concept from social network research, originally developed by Ronald Stuart Burt. The study of structural holes spans the fields of sociology, economics, and computer science. Burt introduced this concept in an attempt to explain the origin of differences in social capital. Burt’s theory suggests that individuals hold certain positional advantages/disadvantages from how they are embedded in neighborhoods or other social structures. A structural hole is understood as a gap between two individuals who have complementary sources to information.