Nothing Else Matters (film)

A comedy/drama genre film, about the life of a British Music Hall comic. 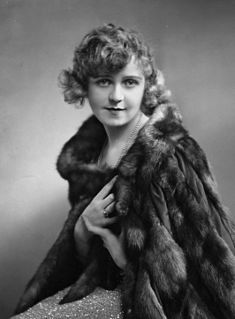 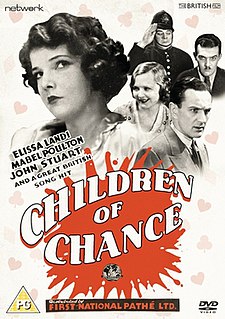 The Sea Urchin is a 1926 British drama film directed by Graham Cutts and starring Betty Balfour, George Hackathorne and W. Cronin Wilson. It was made at Gainsborough Studios with Michael Balcon as producer.

The Glad Eye is a 1927 British silent comedy film directed by Maurice Elvey and starring Estelle Brody, Mabel Poulton and Jeanne de Casalis. It was a remake of The Glad Eye, a 1920 film based on the play Le Zebre by Paul Armont. It was made at Twickenham Studios.

Bed and Breakfast is a 1938 British drama film directed by Walter West and starring Daphne Courtney, Barry Lupino and Frank Miller. It depicts the lives of the inhabitants in a boarding house. It was the last appearance of the silent star Mabel Poulton in a feature film as well as the last to be directed by West. The film was made at Southall Studios, with production beginning in May 1936.

Troublesome Wives is a 1928 British silent comedy film directed by Harry Hughes and starring Eric Bransby Williams, Mabel Poulton and Lilian Oldland. It was based on the play Summer Lightning by Ernest Denny. The screenplay concerns two housewives who become embroiled with a foreign spy network.

The Maid at the Palace is a 1927 French silent film directed by Louis Mercanton and starring Betty Balfour, Lucy Sibley and Irene Tripod.