P.T.B. is the second studio album from the group Kingspade. P.T.B. stands for P-Town Ballers. The album debuted at No. 7 on the Billboard Top Independent chart. 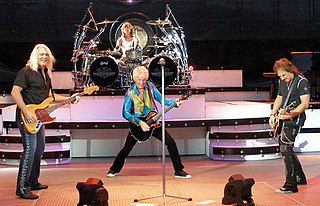 UGK was an American hip hop duo from Port Arthur, Texas, formed in 1987, by Chad "Pimp C" Butler and Bernard "Bun B" Freeman. They released their first major-label album, Too Hard to Swallow, in 1992, followed by several other albums charting on the Billboard 200 and Top R&B/Hip-Hop Albums charts, including the self-titled Underground Kingz album, which contained their single "International Players Anthem " and debuted at number one on the Billboard 200, in August 2007. The duo has also been featured on hit singles by several other artists, such as "Big Pimpin'" by Jay-Z and "Sippin' on Some Syrup" by Three 6 Mafia. Pimp C founded UGK Records in late 2005. On December 4, 2007, Pimp C died in his West Hollywood, California hotel room.

Kevin Danell Mann, better known by his stage name Brotha Lynch Hung, is an American rapper and record producer from Sacramento, California who has been described as "the creator of horrorcore rap." 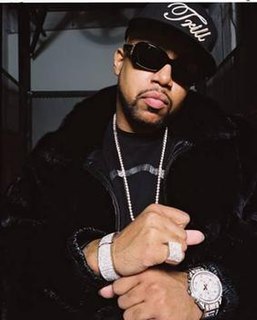 Chad Lamont Butler, better known by his stage name Pimp C, was an American rapper and record producer. He was best known for his work with Bun B as one half of the Underground Kingz (UGK). 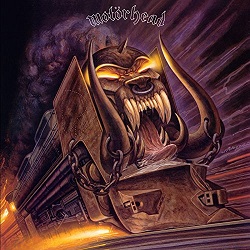 Orgasmatron is the seventh studio album by British rock band Motörhead, released on 9 August 1986 via GWR, their first with the label.

Jamal Rocker, professionally known by his stage name Mac Mall, is an American hip hop recording artist who became known in the mid/late 1990s as one of the local artists putting the Bay Area on the hip hop map. Mac Mall signed with the record label, Young Black Brotha Records, and later came to own the label, for the production of his own albums, and those of associates.

"(We've Got) Honey Love" is a 1967 song by Motown girl group The Velvelettes that later became a 1969 single released by another Motown girl group Martha and the Vandellas from their album Ridin' High released in 1968. The song returned the Vandellas to the top forty of Billboard's R&B singles chart where it peaked at number twenty-seven while it hit the Billboard Hot 100 peaking at number fifty-seven. It was the group's sixth record where they were listed as Martha Reeves and the Vandellas following the successful "Honey Chile" single two years earlier. The song talked of how one woman's lover's charm was like "sugar and spice" adding names of candy and soda adding "a little bit of me, a little bit of you and we've got honey love." The Velvelettes, meanwhile, had recorded two versions of the song, both of which would go unreleased for almost 40 years. All three versions were written by Richard Morris and Sylvia Moy, and produced by Morris. Every version also used the same track with The Andantes as background vocals.

Liberation is the fourth studio album by American singer Mýa. It was intended to be Harrison's debut release with her then new record label Universal Motown following her departure from Interscope in 2005. Before leaving, she had begun work on an album for Interscope called Control Freak set for a summer release 2005 with production by a host of other producers. Ultimately, she decided to leave A&M and Interscope Records and her management; subsequently Harrison made the transition within Universal Music Group to Universal Motown. 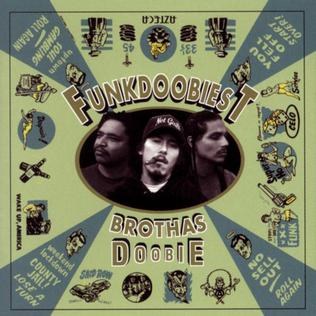 Brothas Doobie is the second studio album by Los Angeles-based hip hop group Funkdoobiest. It was released on July 4, 1995 via Epic Records. This was the final album featuring back-up MC and hypeman Tomahawk Funk, who left the group after this release. The album contains the famous and controversial track "Superhoes", which also appeared in the soundtrack to the film Friday, starring N.W.A's Ice Cube. The album has been falsely shown with a blue cover, several times. It has a green color instead. 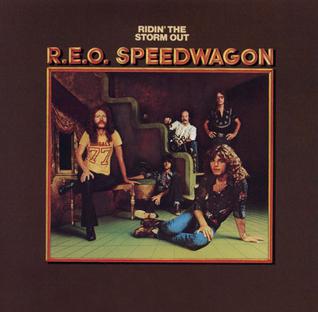 Ridin' the Storm Out is the third studio album by REO Speedwagon, released in 1973. It peaked at number 171 on the Billboard 200 chart in 1981, and reaching platinum status in 1989. It was the first album to feature Mike Murphy on vocals. The sessions started out with Kevin Cronin, but he left the band before the album was finished, due to creative differences. The title track would later become a hit for the band on their live album, after Cronin had returned to the band. The song refers to the band being stuck in a harsh winter blizzard after a show in Boulder, Colorado, at a bar named Tulagi's.

Young Black Brotha is the 1993 debut LP by Mac Dre, not to be confused with an earlier Mac Dre release, Young Black Brotha (EP). The album contains several new recordings as well as most of the tracks from the rapper's previous EP, What's Really Going On?, and three tracks from the sessions for Back N' Da Hood, including the full version of "My Chevy" featuring Mac Mall – the first 1 and a half minutes appeared on the original EP. Some of Mac Dre's vocals were recorded over the phone from prison, after being incarcerated for a string of bank robberies in 1992. Young Black Brotha peaked at #93 on the R&B/Hip-Hop Albums chart, making it Mac Dre's most commercially successful work. 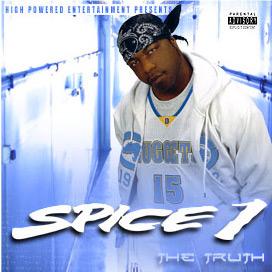 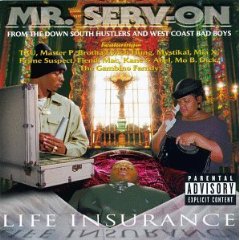 Life Insurance is the debut album by rapper, Mr. Serv-On. It was released on August 5, 1997 through No Limit Records and was mostly produced by the labels in-house production team, Beats By the Pound, with one track produced by Brotha Lynch Hung. The album was both a commercial and critical success selling 98,000 units in one week, peaking at #20 on the Billboard 200 and #12 on the Top R&B/Hip-Hop Albums,.

Erik White is an American music video director. In 2010, he made his feature film directorial debut with the comedy film Lottery Ticket, starring rappers Bow Wow and Ice Cube. He appeared on the reality show competition The Glee Project on the Oxygen network. 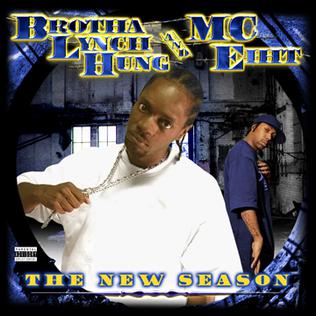 Mannibalector is the 8th studio album by American rapper Brotha Lynch Hung. It was released on February 5, 2013, by Strange Music. It serves as the third and final installment of this "Coathanga Strangla" trilogy, following these albums; including Dinner and a Movie (2010) and Coathanga Strangla (2011). It would be his last full-length album for Strange Music, as he left the label in 2015. The album features guest appearances from Wrekonize, Bernz, Yelawolf, COS, Irv Da Phenom, Trizz, Bleezo, G-Macc, Tech N9ne and Hopsin.

The Dig Your Roots Tour was the third headlining concert tour by American country music duo Florida Georgia Line. The tour is in support of their third studio album Dig Your Roots (2016), it began on May 12, 2016, in Tupelo, Mississippi and finished on May 6, 2017, in Quebec City, Quebec.