The Pace Gallery is an American contemporary and modern art gallery with 9 locations worldwide. [1] It was founded in Boston by Arne Glimcher in 1960. [2] His son, Marc Glimcher, is now president and CEO. [3] Pace Gallery operates in New York, London, Hong Kong, Palo Alto, Geneva, Seoul, East Hampton, and Palm Beach. [1]

The gallery is named after Glimcher's father. [4] It moved to Manhattan in 1963.

From 1965 to 1982, Eva Glimcher maintained a Pace Gallery in Columbus, Ohio, downtown on Broad Street. After her death, the branch closed, with nobody to carry on her work. [6]

In the 1960s, Glimcher and Irving Blum briefly operated a Pace outpost on La Cienega Boulevard in Los Angeles. [7]

From 1995 to 1999, PaceWildenstein had a gallery in Beverly Hills, designed by architect Charles Gwathmey. [8] [7]

From 2008 until 2019, PaceWildenstein – and later Pace – maintained a 22,000 square feet (2,000 square metres) space gallery in the Factory 798 District of Beijing, China; it was the first major Manhattan art gallery with a presence in the city. [9] It opened in 2008, to coincide with the Summer Olympics in the city. [10] Under the direction of its president, Leng Lin, Pace Beijing showed a mixture of American, European, and Asian artists. [10]

Since 2012, Pace has been occupying the 9,000 square feet (840 square metres) west wing of the Royal Academy of Arts's 6 Burlington Gardens building in London, beginning with an exhibition that juxtaposed late paintings by Mark Rothko with photographs by Hiroshi Sugimoto. [11]

In 2019, Pace opened a new space in New York's Chelsea district, designed by Bonetti/Kozerski Architecture, spanning eight stories across 70,000 square feet (6,500 square metres) — 10,000 square feet (930 square metres) of which are outdoor exhibition space. [15] In addition to exhibitions, the building features Pace Live, a multidisciplinary program of music, dance, film and conversation with a full-time curatorial director at the helm. [16]

In 2021, Pace relocated its London outpost to 4 Hanover Square in Mayfair, the former home of the now-defunct Blain Southern gallery, and enlisted Jamie Fobert for the renovation of the 8,600 square feet (800 square metres) space. [18]

From 1993 to 2010, Pace operated jointly with Wildenstein & Co., a gallery specializing in old master painting, as PaceWildenstein. [19] In 1993, after sales had slowed following the art-market crash of 1990, Arne Glimcher agreed to take up Daniel Wildenstein's long-standing merger offer; by 2010, the Glimcher family paid $100 million to buy back the Wildensteins' 49 percent share in Pace's assets, including an inventory of several thousand paintings. [4]

Pace is a partner in the Pace/MacGill, which specializes in photographs and is run by Peter MacGill. [20] From 1983 until 2019, Pace/MacGill maintained its standalone space at 32 East 57th Street before consolidating with Pace’s headquarters at 540 West 25th Street. [21]

Over the course of its first 50 years, Pace was involved in releasing some 450 catalogues for its shows and artists. [22] In January 2009, PaceWildenstein announced plans for an independent publishing company called Artifex press, dedicated to the creation of online artists' catalogues raisonnés. [23] In 2015, the company launched a unit specifically for digital catalogues raisonnés. [24]

In 2016, London art dealer James Mayor filed a lawsuit against Arne Glimcher and the Agnes Martin catalogue raisonné committee, arguing that they had hurt the value of 13 works of Martin he sold after they decided not to include them in their catalogue. [25] The New York Supreme Court dismissed the lawsuit in 2018. [25] 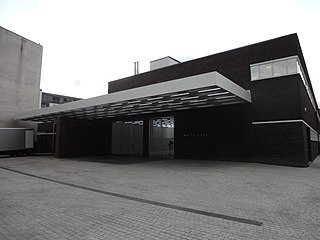 White Cube is a contemporary art gallery owned by Jay Jopling with two branches in London: Mason's Yard in central London and Bermondsey in South East London and one in Central, Hong Kong Island. The Hoxton Square space in the East End of London was closed at the end of 2012 and the São Paulo gallery in 2015.

Daniel Leopold Wildenstein was a French art dealer, historian and owner-breeder of thoroughbred race horses. He was the third member of the family to preside over Wildenstein & Co., one of the most successful and influential art-dealerships of the 20th century. He was once described as "probably the richest and most powerful art dealer on earth".

Tara Donovan is an American sculptor who lives and works in Brooklyn, New York. Her large-scale installations, sculptures, drawings, and prints utilize everyday objects to explore the transformative effects of accumulation and aggregation. Known for her commitment to process, she has earned acclaim for her ability to exploit the inherent physical characteristics of an object in order to transform it into works that generate unique perceptual phenomena and atmospheric effects. Her work has been conceptually linked to an art historical lineage that includes Postminimalism and Process artists such as Eva Hesse, Jackie Winsor, Richard Serra, and Robert Morris, along with Light and Space artists such as Mary Corse, Helen Pashgian, Robert Irwin, and James Turrell.

The Luhring Augustine Gallery is an art gallery in Chelsea in New York City. Its principal focus is the representation of an international group of contemporary artists whose diverse practices include painting, drawing, sculpture, video and photography.

Matthew Marks is an art gallery located in the New York City neighborhood of Chelsea and the Los Angeles neighborhood of West Hollywood. Founded in 1991 by Matthew Marks, it specializes in modern and contemporary painting, sculpture, photography, installation art, film, and drawings and prints. The gallery has three exhibition spaces in New York City and two in Los Angeles.

The Paula Cooper Gallery is an art gallery in New York City founded in 1968 by Paula Cooper.

The Wildenstein & Company Building is an edifice that stands at 19 East 64th Street, near Madison Avenue on Manhattan, New York City's Upper East Side. It is five stories tall and was completed in early 1932. The building was designed in French 18th-century style by Philadelphia, Pennsylvania, architect Horace Trumbauer. Its facade is made of limestone.

Tanya Bonakdar Gallery is an art gallery founded by Tanya Bonakdar, located in both Chelsea in New York City and Los Angeles. Since its inception in 1994, the gallery has exhibited new work by contemporary artists in all media, including painting, sculpture, installation, photography, and video.

Casey Kaplan is a contemporary art gallery in New York City, in the United States.

Galerie Max Hetzler is a gallery for contemporary art with locations in Berlin, Paris and London.

Xavier Hufkens gallery is the eponymous contemporary art gallery of Belgian art dealer Xavier Hufkens. Located at 6 rue St-Georges and 107 rue St-Georges in Brussels, the gallery represents an international roster of some thirty emerging, mid-career and established artists, as well as a number of estates.

Marc Glimcher is an American art dealer who is the President and CEO of Pace Gallery, a modern and contemporary art gallery founded by his father, Arne Glimcher, in Boston in 1960. He and his father were cited among the top 100 most powerful people in the international art world, according to the annual "Power 100" list published by ArtReview. In 2012, Glimcher sold a Gerhard Richter painting for more than $20 million at Art Basel in Basel, Switzerland. 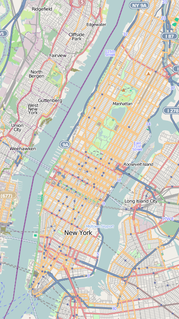 303 Gallery is an art gallery in Manhattan, New York. It was established in 1984 by owner and director Lisa Spellman, described by art historian Jerry Saltz as "one of the greatest New York gallerists of our time". The gallery hosts contemporary works by contemporary American artists, including film, video, and painting.

The Danish pavilion houses Denmark's national representation during the Venice Biennale arts festivals. The building was designed by Carl Brummer and constructed between 1930 and 1932, and restored and expanded by Peter Koch in the 1950s.