Pelican Blood (German : Pelikanblut) is a 2019 German-Bulgarian drama film directed by Katrin Gebbe and starring Nina Hoss. The film was screened in the Horizons section at the 76th Venice International Film Festival. [1]

Nina Hoss is a German stage and film actress.

FILMFEST HAMBURG is an international film festival in Hamburg, the third-largest of its kind in Germany. It shows national and international feature and documentary films in eleven sections. The range of the program stretches from art house films to innovative mainstream cinema, presenting the first feature films of young unknown directors together with films by internationally established directors. In 2017 more than 40,000 people attended 250 screenings of 141 films.

A Most Wanted Man is a 2014 espionage thriller film based on the 2008 novel of the same name by John le Carré, directed by Anton Corbijn and written by Andrew Bovell. The film stars Philip Seymour Hoffman, Rachel McAdams, Willem Dafoe, Robin Wright, Grigoriy Dobrygin, Homayoun Ershadi, Daniel Brühl and Nina Hoss. It premiered at the 2014 Sundance Film Festival and competed in the main competition section of the 36th Moscow International Film Festival and the 40th Deauville American Film Festival. It was the last of Hoffman's films to be finished and premiered before his death. 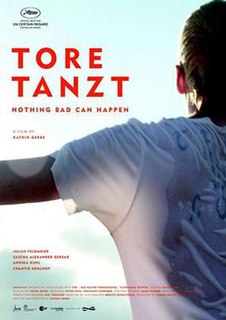 Nothing Bad Can Happen is a 2013 German drama film directed by Katrin Gebbe. It was screened in the Un Certain Regard section at the 2013 Cannes Film Festival, following the acquisition of the United States rights by Drafthouse Films.

Yella is a 2007 German drama-thriller film written and directed by Christian Petzold and starring Nina Hoss. The film is an unofficial remake of the 1962 American film Carnival of Souls. Yella premiered at the 57th Berlin International Film Festival where Hoss won the Silver Bear for Best Actress award.

Katrin Gebbe is a German film director and screenwriter. 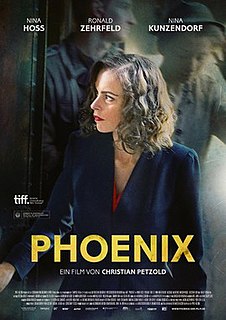 American Anarchist is a 2016 American documentary film written and directed by Charlie Siskel. The film centers on interviews with William Powell, author of the controversial 1971 book The Anarchist Cookbook. The film premiered out of competition at the 73rd edition of the Venice Film Festival. 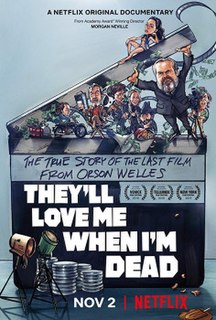 They'll Love Me When I'm Dead is a 2018 American documentary film, directed by Morgan Neville. It documents the ill-fated production of The Other Side of the Wind, directed by Orson Welles. The film had its world premiere at the Venice Film Festival on August 30, 2018. It was released on November 2, 2018, by Netflix.

The Field Guide To Evil is a 2018 anthology horror film produced by Legion M. Eight film makers from different countries bring stories or folk tales from their country to the anthology. 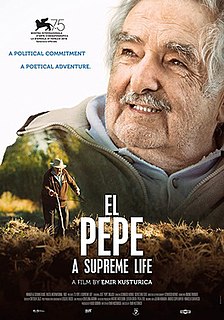 The Contractor is a 2022 American action thriller film directed by Tarik Saleh in his English-language film debut. The film stars Chris Pine, Ben Foster, Gillian Jacobs, Eddie Marsan, J. D. Pardo, Florian Munteanu, and Kiefer Sutherland. Filming began in Europe including Fort Bragg in October 2019 and wrapped in the filming at the end of 2019.

I Am Greta is a 2020 internationally co-produced documentary film directed by Nathan Grossman, following climate change activist Greta Thunberg. The film had its world premiere at the 77th Venice International Film Festival on 3 September 2020, and was released on Hulu on 13 November 2020.

Pelican Blood may refer to: