Peter Cleall (born 16 March 1944 in Finchley, Middlesex) is an actors' agent and former actor who is probably best known for playing wise-cracking Eric Duffy in the London Weekend Television comedy series Please Sir! which ran from 1968 to 1972, [1] [2] and its sequel The Fenn Street Gang from 1971 to 1973. He also advertised Tunes menthol sweets, as a passenger buying a train ticket to Nottingham, in 1985.

Cleall's father was a draughtsman. He was educated at Brighton College and trained as an actor at East 15 Acting School.

He began his acting career at Watford Palace Theatre and appeared at many theatres throughout the country including a number of seasons at Regent's Park Open Air Theatre. His first screen appearance was in the horror feature Theatre of Death (1967) which starred Christopher Lee, and his other film roles included Confessions of a Pop Performer (1975), Under the Doctor (1976), Adventures of a Plumber's Mate (1978), and the film version of Please Sir! in 1971. [1]

Cleall played at the Edinburgh Festival and on tour in a one-person show titled The World Turned Upside Down which told of the experiences of an ordinary man caught up in the aftermath of the English Civil War. [3]

He is married to Dione Inman with whom he has two sons, Daniel and Spencer. Previously, he was married to Catherine McNamara by whom he also had two sons: Miles and Damian.

Cleall has worked as an agent for over 20 years helping to run Pelham Associates, which is based in Brighton, East Sussex. [5]

Timothy Sydney Robert Hardy was an English actor who had a long career in theatre, film and television. He began his career as a classical actor and later earned widespread recognition for roles such as Siegfried Farnon in the BBC television series All Creatures Great and Small, Cornelius Fudge in the Harry Potter film series and Winston Churchill in several productions, beginning with the Southern Television series Winston Churchill: The Wilderness Years. He was nominated for the BAFTA for Best Actor for All Creatures Great and Small in 1980 and Winston Churchill: The Wilderness Years in 1982. Aside from acting, Hardy was an acknowledged expert on the medieval English longbow and wrote two books on the subject. 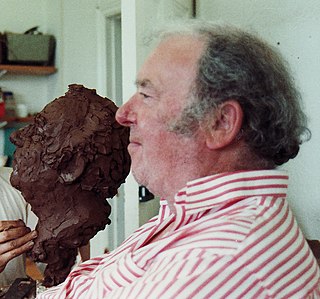 Alexander "Sandy" Morton is a Scottish actor. He is best known for his roles as Andy Semple in Take The High Road, Golly MacKenzie in Monarch of the Glen and Billy Kennedy in River City. 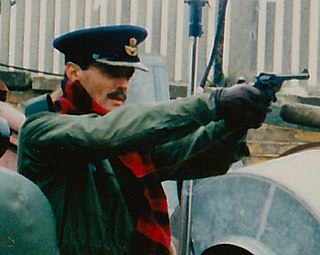 Simon Williams is a British actor known for playing James Bellamy in the period drama Upstairs, Downstairs. Frequently playing upper middle class or aristocratic upper class roles, he is also known for playing Charles Cartwright in the sitcom Don't Wait Up and Charles Merrick in medical drama Holby City. Since 2014, he has played the character of Justin Elliott in the long-running BBC Radio 4 series The Archers.

John Nettleton is an English actor best known for playing Sir Arnold Robinson, Cabinet Secretary in Yes Minister (1980–84) and President of the Campaign for Freedom of Information in the follow-up Yes, Prime Minister (1985–88). Another political role for Nettleton was a Conservative Party Member of Parliament in the sitcom The New Statesman.

Deborah Grant is an English actress. Between 1981 and 1991, she played Deborah Bergerac in the BBC television detective series, Bergerac. Since 2007, she has appeared in the sitcom Not Going Out as Wendy Adams, the mother of Tim and Lucy. 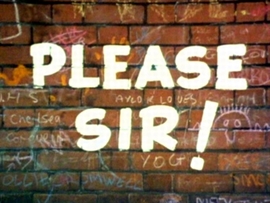 Malcolm Raymond McFee was an English actor best known for his role as Peter Craven in the TV series Please Sir!, the film of the same name, and the spin-off TV series The Fenn Street Gang. 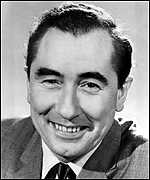