Phillip B. Levine (born 1963) [1] is the Katharine Coman and A. Barton Hepburn Professor of Economics at Wellesley College. He is known for his research on the effect of interventions intended to benefit disadvantaged youth, as well as factors that affect the rate of teenage childbearing in the United States. [2] [3] [4] His research has included a study reporting a beneficial effect of Sesame Street on academic achievement in elementary school children. [5] [6] He is also the founder of MyinTuition, a tool that aims to calculate the actual amount a prospective college student will have to pay in tuition, based on students' income, investments, and homeownership. He was inspired to create the tool when he had difficulty determining whether his sons would qualify for financial aid in college. It was originally launched at Wellesley in 2013, [7] and was being used by 31 colleges across the United States as of January 2018. [8] [9] 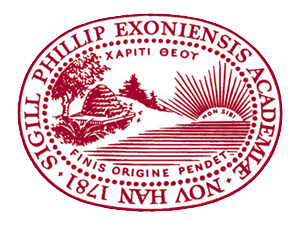 Phillips Exeter Academy is a highly selective, coeducational independent school for boarding and day students in grades 9 through 12, and offers a secondary postgraduate program. Located in Exeter, New Hampshire, it is one of the oldest secondary schools in the United States. Exeter is based on the Harkness education system, a conference format of student interaction with minimal teacher involvement. It has the largest endowment of any New England boarding school, which as of 2018 was valued at $1.3 billion. On January 25, 2019, William K. Rawson was appointed by the academy's trustees as the 16th Principal Instructor. He is the 4th alumnus of Exeter to serve as Principal Instructor, after Gideon Lane Soule (1838–1873), Harlan Amen, and William Saltonstall (1946–1963).

Shannon Faulkner is an American educator known for being the first woman admitted into The Citadel, the military college of South Carolina. She currently teaches English in Greenville, South Carolina.

Student financial aid in the United States is funding that is available exclusively to students attending a post-secondary educational institution in the United States. This funding is to assist in covering the many costs incurred in the pursuit of post-secondary education. Financial aid is available from federal and state governments, educational institutions, and private organizations. It can be awarded in the form of grants, loans, work-study, and scholarships. In order to apply for federal financial aid, students must first complete the Free Application for Federal Student Aid (FAFSA).

A helicopter parent is a parent who pays extremely close attention to a child's or children's experiences and problems, particularly at educational institutions. Helicopter parents are so named because, like helicopters, they "hover overhead", overseeing every aspect of their child's life constantly.

Katherine Keith "Kate" Hanley is an American Democratic politician in Virginia. She served as Secretary of the Commonwealth of Virginia from 2006 to 2010,

The Police Executive Research Forum (PERF) is a national membership organization of police executives primarily from the largest city, county and state law enforcement agencies in the United States. The organization is dedicated to improving policing and advancing professionalism through research and involvement in public policy debate. Since its founding in 1976, it has fostered debate, research and an openness to challenging traditional police practices. It is headquartered in Washington, D.C.

In 1969, the children's television show Sesame Street premiered on the National Educational Television network in the United States. Unlike earlier children's programming, the show's producers used research and over 1,000 studies and experiments to create the show and test its impact on its young viewers' learning. By the end of the program's first season, the organization founded to oversee Sesame Street production, Children's Television Workshop (CTW), had developed what came to be called "the CTW model": a system of planning, production, and evaluation that combined the expertise of researchers and early childhood educators with that of the program's writers, producers, and directors.

A college cost calculator, in the United States, is an online tool allowing students and their parents to calculate how much college is likely to cost. Numbers are input into the online calculator, and if done properly, it gives an estimate of the likely expenses for that student attending that particular college.

Mary Hall Surface is an American playwright and director of theater, working primarily in the Washington, D.C. area. Surface's work has focused primarily on youth and family content. Surface has received accolades from critics for the inventive use of costumes and music mixed with classic storytelling, often with origins in folk tales. She has earned one Helen Hayes Award for Outstanding Direction of a Resident Musical - out of eight nominations. In addition, soundtrack of her musical The Odyssey of Telémaca co-written with composer David Maddox won the 2004 Parents' Choice Gold Award. Ms. Surface is from Bowling Green, KY and was Kentucky's Junior Miss and First Runner Up in the America's Junior Miss Pageant.

Dorothy M. Kosinski is an American scholar of nineteenth and twentieth-century art, curator and the director of The Phillips Collection, an art museum in Washington, D. C.

Brianne Nadeau is a Democratic politician in Washington, D.C., and a member of the Council of the District of Columbia representing Ward 1 since 2015. She defeated long-time incumbent Jim Graham in the Democratic Party primary and won the general election with 75% of the vote in 2014. She is the first woman to represent Ward 1 on the Council and the first D.C. Councilmember to give birth while serving in office.

You Will Know Me is a murder mystery novel set at a gymnastic tournament. The novel is written by Megan Abbott. This is her eighth novel.

Jane Scovell is an American author, journalist and playwright.

Antifa: The Anti-Fascist Handbook is a 2017 book by historian Mark Bray on the history of anti-fascist movements since the 1920s and 1930s and their contemporary resurgence.

Inova Alexandria Hospital is a not-for-profit hospital in Alexandria, Virginia, United States. Founded in 1872 as the Alexandria Infirmary, it became part of Northern Virginia's Inova Health System in 1997. The hospital is notable for its early contributions in the field of emergency medicine, introducing a 24-hour-a-day emergency department staffed by physicians that has since become the model for emergency care in the United States.

Engility Holdings, Inc. is an American publicly traded company that provides engineering and logistics services to several United States military and civilian agencies. The company based in Chantilly, Virginia was formed in 2012 as a spin-off of the services division of L-3 Communications Holdings. As of 2017, Engility reports an annual revenue of about $2 billion. On September 10, 2018, Science Applications International Corporation (SAIC) announced it was buying Engility for about $2.5 billion. 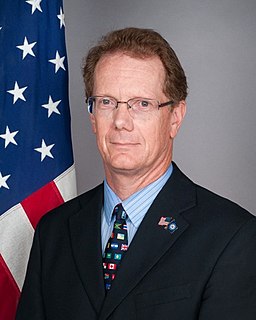 James Dinneen Nealon Jr. is an American diplomat who served as United States Ambassador to Honduras from 2014 to 2017. After his service as ambassador, he worked in the Department of Homeland Security from 2017 to 2018.

Melissa S. Kearney is the Neil Moskowitz Professor of Economics at the University of Maryland, College Park and a research associate at the National Bureau of Economic Research (NBER). She is also director of the Aspen Economic Strategy Group; a non-resident Senior Fellow at The Brookings Institution; a scholar affiliate and member of the board of the Notre Dame Wilson-Sheehan Lab for Economic Opportunities (LEO); and a scholar affiliate of the MIT Abdul Jameel Poverty Action Lab (J-PAL). She has been an editorial board member of the American Economic Journal: Economic Policy since 2019 and of the Journal of Economic Literature since 2017. Kearney served as director of the Hamilton Project at Brookings from 2013 to 2015 and as co-chair of the JPAL State and Local Innovation Initiative from 2015 to 2018.