With Python, Efteling started the implementation of a new strategy: development from a fairy-tale forest into an all-round amusement park. This change led to many problems with the local community. Environmentalists tried to get the building permit withdrawn, and the park's neighbors feared problems arising from growing visitor numbers. Because of the likely noise pollution, the highest court of public justice ordered the construction to be stopped. After some time, construction recommenced, but legal problems continued for several more years.

In 1995, when operating hours were extended until 10 pm, the coaster's 45-decibel noise level became a problem once more. Plans were submitted to the local municipality, describing an extension and complete renovation of the coaster, which would reduce the noise substantially. Due to the high cost, the funds were allocated to the construction of a new enclosed (to reduce noise problems for the park's surroundings) roller coaster, Bird Rok.

Efteling hoped to get a night license for Python with some small renovations (new trains and a chain lift), but only with a change in the permit could Python remain open until 10 pm.

In 2005 the trains were replaced by Kumbak Coasters designed by Karel Willemen and in December 2011 with Vekoma MK1212 trains.

In 2017 Efteling decided to rebuild the old coaster, because the quality of the steel was deteriorating. While the general layout remained the same, the track was redesigned to provide a smoother ride. In 2018 Efteling demolished the old track. The station, lift hill, first drop, and brake-run remained. The Belgian company CSM produced the new track. The ride reopened on the 31 March 2018. [1]

In mid January 2012, Python was given new trains with vest restraints to provide a more comfortable, smoother ride experience. 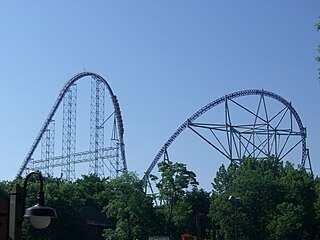 Millennium Force is a steel roller coaster located at Cedar Point amusement park in Sandusky, Ohio. Manufactured by Intamin, it was the park's fourteenth roller coaster dating back to the opening of Blue Streak in 1964. Upon completion in 2000, Millennium Force broke six world records and was the world's first giga coaster, a term coined by Intamin and Cedar Point to represent roller coasters that exceed 300 feet (91 m) in height and complete a full circuit. It was briefly the tallest and fastest in the world until Steel Dragon 2000 opened later the same year. The ride is also the third-longest roller coaster in North America following The Beast at Kings Island and Fury 325 at Carowinds. 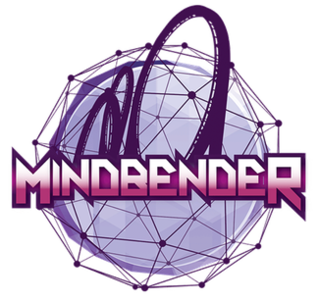 The Mindbender is an Anton Schwarzkopf looping roller coaster opened in 1985 at Galaxyland Amusement Park, a theme park located in West Edmonton Mall, in Alberta, Canada. At 44.2 m (145 ft) in height, it is the tallest indoor roller coaster in the world as of 2020.

Twisted Colossus is a steel roller coaster located at Six Flags Magic Mountain in Santa Clarita, California. Originally designed and built by International Amusement Devices, the roller coaster opened as Colossus, a dual-tracked roller coaster, on June 29, 1978. It was the tallest and fastest wooden roller coaster in the world and the first with two drops greater than 100 feet (30 m). Colossus became well known after appearances in film and television, including the box-office hit National Lampoon's Vacation and the made-for-TV movie Kiss Meets the Phantom of the Park. 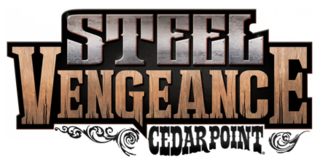 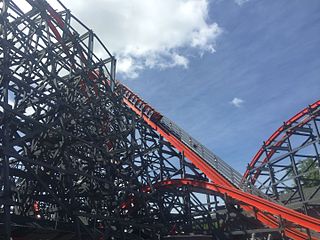 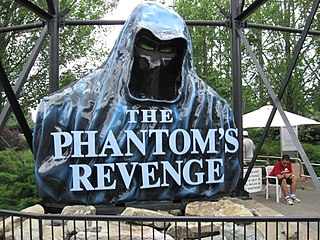 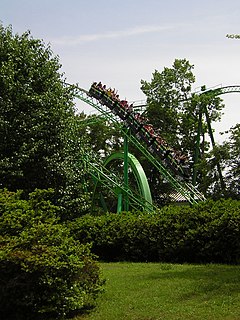 The Riddler Mindbender, previously named Mind Bender, is a steel roller coaster located at Six Flags Over Georgia near Atlanta, Georgia. Billed as "the world's first triple-loop roller coaster" when it opened on March 31, 1978, Mindbender has maintained its popularity since its opening. In its 30th anniversary season in 2008, Mindbender was ranked #15 by Amusement Today magazine in its annual Golden Ticket Awards, and was one of only two roller coasters built before 1980 on the list; the other was its "fraternal twin," Shockwave, at Six Flags Over Texas.

New Texas Giant, formerly known as Texas Giant, is a steel roller coaster located at Six Flags Over Texas in Arlington, Texas. The original Texas Giant, which opened in 1990, was manufactured by Dinn Corporation and designed by Curtis D. Summers. For more than a decade after its opening, the Texas Giant remained popular, ranking first among wooden roller coasters twice in the annual Golden Ticket Awards from Amusement Today. The ride's popularity suffered later on, however, as it gained a reputation for increasing roughness. 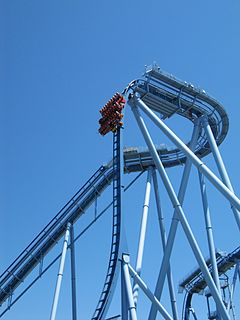 Griffon is a steel Dive Coaster roller coaster located at the Busch Gardens Williamsburg amusement park in James City County, Virginia, United States. Designed by Bolliger & Mabillard, it is 205 feet (62 m) high, and is the second-fastest Dive Coaster built. The roller coaster features two Immelmann loops, a splashdown, two vertical drops and was the first of its kind to use floorless trains. Griffon was announced to the public on August 23, 2006, and opened on May 18, 2007, to positive reviews by both newspapers and enthusiasts. In 2007, Amusement Today's annual Golden Ticket Awards voted it the third-best new steel roller coaster of that year and the 27th-best steel roller coaster. It was voted the 33rd-best steel roller coaster in 2013. 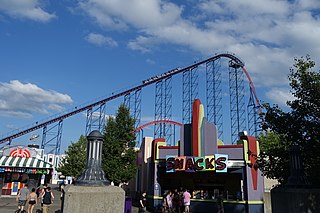 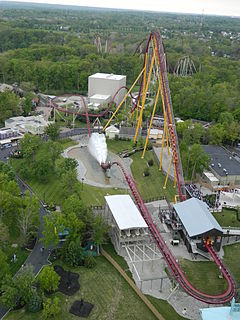 Diamondback is a steel roller coaster located at Kings Island in Mason, Ohio. Manufactured by Bolliger & Mabillard (B&M), the ride opened in 2009 as the first hypercoaster to feature a splashdown effect and the first B&M roller coaster at Kings Island. It is located in Rivertown just behind International Street and the Eiffel Tower. Diamondback was the biggest investment in Kings Island’s history at the time, costing $22 million to build, but that figure was surpassed in 2014 by Banshee. The coaster features a 230-foot (70 m) lift hill with a 215-foot (66 m) drop and a maximum speed of 80 mph (130 km/h). It is similar to Behemoth at Canada's Wonderland in statistics, layout, and seating.

GateKeeper is a steel roller coaster located at Cedar Point amusement park in Sandusky, Ohio. Designed by Bolliger & Mabillard (B&M), it was the fifth Wing Coaster installation in the world. The ride opened on May 11, 2013, on the most successful opening weekend to date in the park's history. GateKeeper featured the highest inversion in the world when it opened, with its 170-foot (52 m) Wing Over drop. It also broke several Wing Coaster records, including those for height, speed, track length, drop height and number of inversions. The coaster has a 170 ft (52 m), 40-degree inclined lift hill with a 164 ft (50 m) drop and features two support towers with keyhole elements that the trains travel through. Its maximum speed is approximately 67 mph (108 km/h). 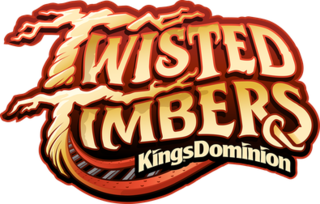 Twisted Timbers is a steel roller coaster located at Kings Dominion in Doswell, Virginia. It originally opened as a wooden coaster named Hurler in 1994, designed and manufactured by International Coasters, Inc., with a name and layout that matched an identical installation at Carowinds. The ride closed for extensive maintenance in 2015 according to the park, which later teased in 2016 that Hurler was being replaced.