Rajnandini (transl. The Princess) is a Bengali romantic drama film directed by Sukhen Das. [1] This film was released in 1980 in the banner of S.D Films. [2] 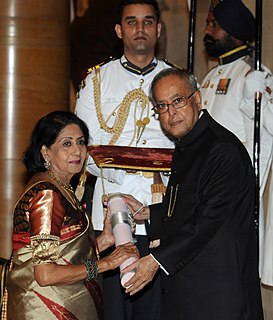 Sob Charitro Kalponik, is a 2009 Bengali film by Rituparno Ghosh starring Bipasha Basu, Prosenjit Chatterjee and Jisshu Sengupta. It was selected for the 30th Durban International Film Festival and won National Film Award for Best Feature Film in Bengali 2009. It was screened in the Marché du Film section of the 2009 Cannes Film Festival.

Subhendu Chatterjee was an Indian actor of television and films in Bengali. A contemporary of late Bengali matinee idol Uttam Kumar and actor Soumitra Chatterjee, with whom he played second hero in many films, Chatterjee with age had graduated into character roles.

Srijit Mukherji is an Indian film director and screenwriter who predominantly works in Bengali cinema. His regular collaboration with veteran superstar Prosenjit Chatterjee brought him into the limelight. His first feature film Autograph (2010), was a critical and commercial success, where he had written the script with Chatterjee in mind. His fifth film, Jaatishwar, won four national awards at India's 61st National Film Awards (2014). He won the National Film Award for Best Director and Best Original Screenplay for his sixth film, Chotushkone, at India's 62nd National Film Awards. His eighth film, Rajkahini had been remade into a Hindi film titled, Begum Jaan, starring Vidya Balan in 2017. His 2018 release Ek Je Chhilo Raja won the 'Best Bengali Film' Award at India's National Film Awards.

Arjun Aamar Naam is a Bengali action drama Film directed by Prabir Nandi and produced by Jayanta Bhattacharya. This film was released in 2003 in the banner of Angel Digital Private Limited.

Amar Kantak is a Bengali drama film directed by Sukhen Das and produced by Mala Gupta. It was released in 1986 in the banner of Parna Chitram. This movie received BFJA award in 1987.

Prajapati was a Bengali social drama film directed by Biplab Chatterjee and produced by Rajesh Kumar based on the novel of Samaresh Basu in the same name. The film was released in 1993. A criminal case for obscenity was filed against the author Samaresh Basu and the publisher in 1968 for the original novel.

Moyla Kagaj is a Bengali social drama film directed by Premendra Mitra. This film was released in 1954 under the banner of Mitrani Limited.