Randall Maggs is a Canadian poet and former professor of English Literature at Sir Wilfred Grenfell College of Memorial University, in Corner Brook, Newfoundland. He is one of the organizers and now artistic director of the March Hare, the largest literary festival in Atlantic Canada. [1] [2]

Maggs was born in Vancouver. The son of a Royal Canadian Air Force officer, his family lived on bases in Western Canada while he was growing up. He later joined the forces himself as a pilot. He left to travel through Europe and North Africa and then return to university to do graduate work at Dalhousie and the University of New Brunswick. [2]

Since the late 1970s, he has lived on the west coast of Newfoundland, where he taught Literature and Creative Writing at Memorial University's Grenfell College. [2]

Maggs' poetry has appeared in the 1994 collection, Timely Departures (Breakwater) and in several reviews and anthologies, such as Poetry Ireland Review, Coastlines: The Poetry of Atlantic Canada and Stephen Brunt's The Way It Looks from Here: Contemporary Canadian Writing on Sport and the March Hare Anthology (Breakwater, 2007). He has co-edited two anthologies of Irish and Newfoundland & Labrador poetry: However Blow the Winds (WIT & Scop, 2004) and The Echoing Years, published in 2007.[ citation needed ]

A collection of poems, entitled Night Work: The Sawchuk Poems, was launched in early 2008 at Toronto's Hockey Hall of Fame and included in the Globe and Mail’s “Top 100 Books” for that year. [3] A short film was produced with Randall Maggs, based on his book.[ citation needed ] Titled "Night Work: A Sawchuk Poem" the 4-minute film was premiered at the launch of the book, screened at the Atlantic Film Festival, and toured nationally with Moving Stories Film Festival. The short is directed by Justin Simms, with a screenplay by Greg Spottiswood, co-produced with Judith Keenan of BookShorts Literacy Program. In 2009, Night Work won the Winterset Award and E.J. Pratt Poetry Prize, and in 2010, the Kobzar Literary Award. [3]

Maggs' close connection with Ireland was recognized in the Spring of 2007 when he was awarded a Coracle Fellowship to work in that country. [4] An accomplished woodworker, he took part in the 2001 Ireland/Newfoundland exhibition, Wood: A Sculptual Investigation. The Black Rod used in Senate of Canada ceremonies is one of his pieces. [5]

His daughter Adriana Maggs is a television and film writer, [6] best known for her debut feature film Grown Up Movie Star . His brother is former hockey star Darryl Maggs.

Poem of the month

Maggs' poem "How things look in a losing streak" was chosen as Poem of the Month on February 11, 2008 by John Steffler, Canadian Parliamentary Poet Laureate. [7] 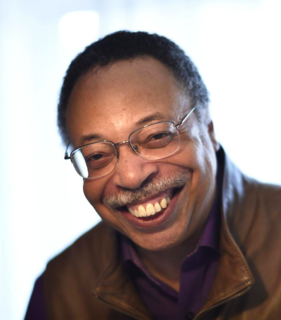 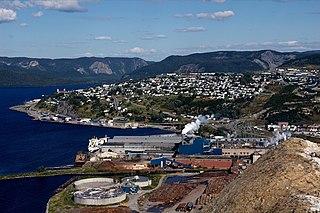 Corner Brook is a city located on the west coast of the island of Newfoundland in Newfoundland and Labrador, Canada.

John Steffler is a Canadian poet and novelist. He served as Parliamentary Poet Laureate of Canada from 2006 to 2008. 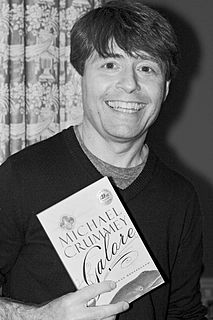 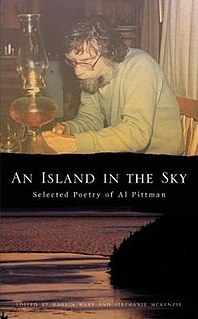 Al Pittman was a Canadian poet and playwright from Newfoundland.

The March Hare is a former poetry festival in Corner Brook, Newfoundland. It was Atlantic Canada's largest poetry festival prior to 2018. It started in 1987 or 1988 as an unpretentious evening of poetry and entertainment at the Blomidon Golf and Country Club in Corner Brook, Newfoundland and Labrador, designed to appeal to a general audience. The Hare takes place in early March each year. Loosely associated with the Grenfell Campus of Memorial University through the leadership of poet-organizer Al Pittman and the involvement of other writers who taught at Grenfell, the Hare was equally the brain-child of teacher Rex Brown and club manager George Daniels. Although still anchored in Corner Brook, the event has evolved into a moveable feast of words and music that annually travels to St. John's and Gander, Newfoundland, Toronto, Ontario, and other venues, provincial, national and international. In 2007, The March Hare visited seven centres in Ireland, including Dublin and Waterford. In 2011, March Hares were mounted in Rocky Harbour, Newfoundland, and Halifax, Nova Scotia.

Tom Dawe, is a Canadian writer from Newfoundland and Labrador.

Mary Dalton is a Canadian poet and educator, born at Lake View, Conception Bay, Newfoundland in 1950. She is a retired professor of English at Memorial University of Newfoundland in St. John's, and founder of the SPARKS Literary Festival at the university. Dalton is also a former editor of the Newfoundland literary journal Tickleace and currently St John's, Newfoundland and Labrador's poet laureate.

Greg Delanty is a celebrated poet on both sides of the Atlantic as the issue dedicated to him of the British magazine Agenda attests. Delanty was born in Cork City, Ireland, and is generally placed in the Irish tradition, though he is also considered a Vermont and US poet appearing in various significant US anthologies. He lives for most of the year in America, where he is the poet in residence at Saint Michael's College, Vermont. He became an American citizen in 1994, retaining his Irish citizenship. He is a Past President of the Association of Literary Scholars, Critics, and Writers.

Kobzar Literary Award is a biennial literary award that "recognizes outstanding contributions to Canadian literary arts by authors who develop a Ukrainian Canadian theme with literary merit". The prize is. It is awarded in one of several genres: literary non-fiction, fiction, poetry, young readers' literature, plays, screenplays and musicals. The award was established in 2003 by the Shevchenko Foundation and the inaugural ceremony was held in 2006.

Pam Hall is a Canadian artist, filmmaker and writer living in Newfoundland.