Rattlin' Bones is the first collaboration album between the Australian country singer Kasey Chambers and the Australian singer Shane Nicholson, released by Liberation Music in Australia on 21 April 2008 (see 2008 in music).

Chambers said that co-writing was something she always wanted to do but never felt comfortable with until this record because there was no pressure in recording it. [4] Nicholson said that "Writing was a product of our environment, something that happened in and around our daily lives. And something that getting to know the Chambers family has shown me is a beautiful way to make music." [4] "We didn't want a duets album, where people come together for a vocal collaboration and go on their way. We wanted an album that sounds like a band with two singers in it. It feels that way to us. And we hope it feels that way to the people who hear it too." states Chambers again. [5]

The album debuted at number-one on the Australian ARIA Albums Chart on 28 April 2008 with sales of 8,965 copies, knocking Apocalypso by The Presets off the top spot. [6] The following week the album was knocked off the top spot by Madonna with her album Hard Candy , and fell to number four.

Country Universe named Rattlin' Bones as the second-best country album of the decade. [7]

All tracks are written by Kasey Chambers and Shane Nicholson, except where noted.

Kasey Chambers is an Australian country singer-songwriter and musician born in Mount Gambier. She is the daughter of fellow musicians, Diane and Bill Chambers, and the younger sister of musician and producer, Nash Chambers. All four were members of a family country music group, Dead Ringer Band, from 1992 to 1998, with Chambers starting her solo career thereafter. Five of her twelve studio albums have reached No. 1 on the ARIA Albums Chart, Barricades & Brickwalls, Wayward Angel, CarnivalRattlin' Bones and Dragonfly. In November 2018 she was inducted into the ARIA Hall of Fame and has won an additional fourteen ARIA Music Awards with nine for Best Country Album. Her autobiography, A Little Bird Told Me..., which was co-authored with music journalist, Jeff Apter, was released in 2011.

Wayward Angel is the third studio album by Australian singer Kasey Chambers, released by Essence Records in Australia on 31 May 2004. Chambers wrote most of the album, three songs co-written by her then husband Corey Hopper and her brother Nash Chambers produced the album – who had previously produced her first two solo albums. The album differs from her previous two because Chambers became a mother and she states it is the "most life changing things that you go through" and she did not feel any pressure recording the album. It debuted on the Australian ARIA Albums Chart at number-one making it Chambers second number-one album but the sales did not match up to her previous album Barricades & Brickwalls (2001) which was certified seven times platinum by ARIA.

The Captain is the solo debut album of Australian country music singer Kasey Chambers. The Captain won the 1999 ARIA Music Award for Best Country Album. Prior to releasing this album, Chambers had performed more than a decade with her family's Dead Ringer Band, a popular Australian country music group. The title track was featured in "He Is Risen", an episode of The Sopranos, while "The Hard Way" was featured in the season 2 episode of Lost, "Two for the Road".

Barricades & Brickwalls is the second studio album by Australian country music singer Kasey Chambers released in Australia on 3 September 2001 by Essence Records and on 12 February 2002 on Warner Bros. Records in the U.S. The album was mainly written by Chambers with help from Worm Werchon and her father Bill Chambers. Barricades & Brickwalls debuted in the top ten on the Australian ARIA Albums Chart, and sales were considerably high of those of Chambers first album, The Captain (1999). Its singles were successful in most music markets, "Not Pretty Enough", the most successful song from the album gave Chambers her first number-one single in Australia and reached #4 in New Zealand. Other singles includes "Runaway Train", "On a Bad Day", "Million Tears" and "If I Were You". The commercial success of the album led the album to eight nominations at the ARIA Awards.

Carnival is the fourth studio album from Australian singer/songwriter Kasey Chambers, released in Australia on 19 August 2006 and in the United States on 12 September 2006.

Shane Nicholson is an Australian singer-songwriter from Brisbane. He is best known for his two studio albums with Kasey Chambers, to whom he was married from 2005 to 2013. As a solo artist he's won APRA Awards, Golden Guitars and an ARIA Award. He's also been named Producer of the Year at the Country Music Awards of Australia. 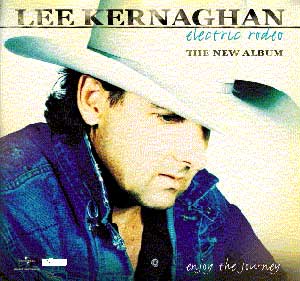 Electric Rodeo is the ninth studio album released by Australian country musician Lee Kernaghan. The album peaked at number five on the ARIA Charts and was certified platinum in 2003. It was nominated at the 2002 ARIA Music Awards for Best Country Album, but lost to Kasey Chambers for Barricades & Brickwalls. 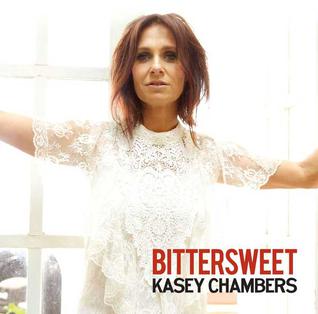 Bittersweet is the tenth studio album by Australian singer-songwriter Kasey Chambers. It was released in August 2014 and debuted at No. 2 in Australia, making it her sixth top 5 album in Australia.

Dragonfly is the eleventh studio album by Australian singer-songwriter Kasey Chambers. It was released on 20 January 2017. 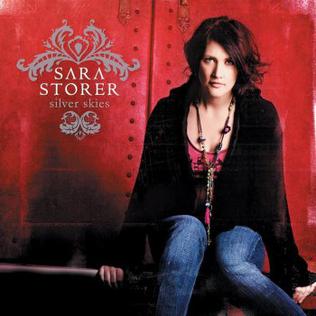 Silver Skies is the fourth studio album by Australian country music singer Sara Storer. It was released in November 2007 and peaked at number 60 on the ARIA Charts.

"Rattlin' Bones" is a country song written and performed by Kasey Chambers and Shane Nicholson. It was produced by Kasey's brother, Nash and released in 2008 as the lead single from their collaborative studio album, of the same (2008). The song peaked at number 55 on the ARIA Charts in December 2008.

Bad Machines is the fourth studio album from Australian country singer Shane Nicholson, released by Liberation Music in Australia in March 2011. The album peaked at number 29 on the ARIA Charts, becoming Nicholson's first solo album to peak in the top 50. The album spawned the APRA Award winning song "Famous Last Words", which won Best Country Work at the APRA Music Awards of 2012.

Hell Breaks Loose is the seventh studio album from Australian country singer Shane Nicholson, released on Lost Highway Australia, Universal in August 2015. It is the first album of new material since Nicholson's marriage break-up with Kasey Chambers in 2013. The album peaked at number 16 on the ARIA Charts.