Last updated August 31, 2021
Case referral back from higher court
Not to be confused with Remand (detention).

Remand is when higher courts send cases back to lower courts for further action.

In the law of the United States, appellate courts remand cases to district courts for actions such as a new trial. Federal appellate courts, including the Supreme Court, have the power to "remand [a] cause and ... require such further proceedings to be had as may be just under the circumstances." [1] This includes the power to make summary "grant, vacate and remand" (GVR) orders. [2]

Appellate courts remand cases whose outcome they are unable to finally determine. For example, cases may be remanded when the appellate court decides that the trial judge committed a procedural error, excluded admissible evidence, or ruled improperly on a motion.

In common law jurisdictions, remand refers to the adjournment (continuance) of criminal proceedings, when the accused is either remanded in custody or on bail. Appellate courts are said to remit matters to lower courts for further consideration.

When the United States Supreme Court grants certiorari and reverses a decision of a state supreme court or a Federal appeals court, it may remand the case. Likewise, an appeals court may remand a case to a trial court. A remand may be a full remand, essentially ordering an entirely new trial; when an appellate court grants a full remand, the lower court's decision is "reversed and remanded."

Alternatively, it may be "with instructions" specifying, for example, that the lower court must use a different legal standard when considering facts already entered at trial. A partial remand occurs when an appellate court affirms a conviction while directing the lower court to revisit the sentencing phase of the trial. Finally, it may remand a case upon concluding that the lower court made a mistake and also did not adjudicate issues that must be considered.

In federal tribunals in the United States, it is possible for an Article III court to remand a case to an Article I court, if the case was originally decided by the Article I court and then appealed to the Article III court, [3] or for a higher-level administrative tribunal within an executive agency to remand a case to a lower-level tribunal within the same agency. [4]

An appellate court, commonly called a court of appeals, appeal court, court of appeal, court of second instance or second instance court, is any court of law that is empowered to hear an appeal of a trial court or other lower tribunal. In most jurisdictions, the court system is divided into at least three levels: the trial court, which initially hears cases and reviews evidence and testimony to determine the facts of the case; at least one intermediate appellate court; and a supreme court which primarily reviews the decisions of the intermediate courts. A jurisdiction's supreme court is that jurisdiction's highest appellate court. Appellate courts nationwide can operate under varying rules. A court is any person or institution, often as a government institution, with the authority to adjudicate legal disputes between parties and carry out the administration of justice in civil, criminal, and administrative matters in accordance with the rule of law. In both common law and civil law legal systems, courts are the central means for dispute resolution, and it is generally understood that all people have an ability to bring their claims before a court. Similarly, the rights of those accused of a crime include the right to present a defense before a court.

A court of record is a trial court or appellate court in which a record of the proceedings is captured and preserved, for the possibility of appeal. A court clerk or a court reporter takes down a record of oral proceedings. That written record is preserved at least long enough for all appeals to be exhausted, or for some further period of time provided by law. 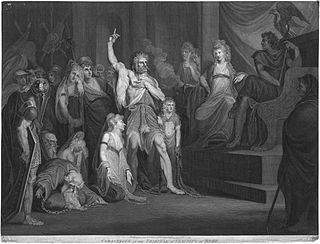 A tribunal, generally, is any person or institution with authority to judge, adjudicate on, or determine claims or disputes—whether or not it is called a tribunal in its title. For example, an advocate who appears before a court with a single judge could describe that judge as "their tribunal." Many governmental bodies that are titled as "tribunals" are described so in order to emphasize that they are not courts of normal jurisdiction. For example, the International Criminal Tribunal for Rwanda was a body specially constituted under international law; in Great Britain, employment tribunals are bodies set up to hear specific employment disputes. In many cases, the word tribunal implies a judicial body with a lesser degree of formality than a court, in which the normal rules of evidence and procedure may not apply, and whose presiding officers are frequently neither judges, nor magistrates. Private judicial bodies are also often styled "tribunals." The word tribunal, however, is not conclusive of a body's function—for example, in Great Britain, the Employment Appeal Tribunal is a superior court of record. 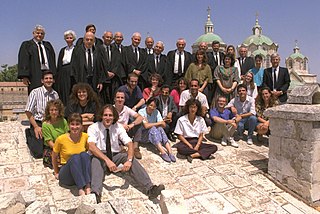 A law clerk or a judicial clerk is an individual—generally an attorney—who provides direct assistance and counsel to a judge in making legal determinations and in writing opinions by researching issues before the court. Judicial clerks often play significant roles in the formation of case law through their influence upon judges' decisions. Judicial clerks should not be confused with legal clerks, court clerks, or courtroom deputies who only provide secretarial and administrative support to attorneys and/or judges.

A grant, vacate, remand order is a type of order issued by the Supreme Court of the United States in which the Court grants a petition for certiorari, vacates the decision of the court below, and remands the case for further proceedings. An order of this sort is typically appropriate when there has been a change in legal circumstances subsequent to the lower court or agency's decision, such as a change in the law, a precedential ruling, or a confession of error; the Supreme Court simply sends the case back to the lower court to be reconsidered in light of the new law or the new precedent. GVR orders are designed to be efficient and thus are not full explications of the law, and have no precedential effect. GVR orders are usually not explained with lengthy opinions.