Federal tribunals in the United States

Pursuant to the Appointments Clause in Article II, all members of Article III tribunals are appointed by the President and confirmed by the Senate. These courts are protected against undue influence by the other branches of government. Judges may not have their salaries reduced during their tenure in office, and their appointment is for life—barring removal from office "on impeachment for, and conviction of, Treason, Bribery, or other high crimes and misdemeanors". [1]

Under the Constitution, Congress can vest these courts with jurisdiction to hear cases involving the Constitution or federal law and certain cases involving disputes between citizens of different states or countries. Among the matters susceptible of judicial determination, but not requiring it, are: claims against the United States, the disposal of public lands and related claims, questions concerning membership in Indian tribes, and questions arising out of the administration of customs laws and the Internal Revenue Code. [2]

Article I tribunals include Article I courts (also called legislative courts) set up by Congress to review agency decisions, military courts-martial appeal courts, ancillary courts with judges appointed by Article III appeals court judges, or administrative agencies and administrative law judges (ALJs). Article I judges do not enjoy the same protections as their Article III counterparts. For example, these judges do not enjoy life tenure, and Congress may reduce their salaries.

The existence of Article I tribunals has long been controversial, and their power challenged numerous times. The Supreme Court has consistently affirmed their Constitutionality, and has delineated their power on several occasions. In Murray's Lessee v. Hoboken Land & Improvement Co. (59 U.S. (18 How. ) 272 (1856)) the Supreme Court ruled that some legal matters, specifically those involving public rights, are inherently judicial, and thus Article I tribunal decisions are susceptible to review by an Article III court. Later, in Ex parte Bakelite Corp. (279 U.S. 438 (1929)), the Court declared that Article I courts "may be created as special tribunals to examine and determine various matters, arising between the government and others, which from their nature do not require judicial determination and yet are susceptible of it". [2]

Other United States territorial courts still in existence are:

Before 1966, the United States District Court in Puerto Rico was an Article IV court. [5] In 1966, President Lyndon B. Johnson signed Pub.L.   89–571, 80  Stat.   764, which transformed the Article IV federal district court in Puerto Rico into an Article III court. This Act of Congress was not enacted pursuant to Article IV of the Constitution, the Territorial Clause, but rather under Article III. This marks the first and only occasion in United States history in which Congress has established an Article III court in a territory other than the District of Columbia. From then on, judges appointed to serve on the Puerto Rico federal district court have been Article III judges appointed under the Constitution of the United States. Like their mainland counterparts, they are entitled to life tenure and salary protection.

This important change in the federal judicial structure of the island was implemented not as a request of the Commonwealth government, but rather at the repeated request of the Judicial Conference of the United States. [6]

The District Court of Puerto Rico is part of the First Circuit, which sits in Boston.

The concept of a legislative court was first defined by Chief Justice John Marshall in the case of American Ins. Co. v. 356 Bales of Cotton , 26 U.S. (1 Pet.) 511 (1828), [7] which is sometimes referred to as Canter, after a claimant in the case. In this case, a court in what was then the Territory of Florida had made a ruling on the disposition of some bales of cotton that had been recovered from a sunken ship. This clearly fell into the realm of admiralty law, which is part of the federal judicial power according to Article III of the Constitution. Yet the judges of the Florida Territorial Court had four-year terms, not the lifetime appointments required by Article III of the Constitution. Marshall's solution was to declare that territorial courts were established under Article I of the constitution. As such, they could not exercise the federal judicial power, and therefore the law that placed admiralty cases in their jurisdiction was unconstitutional.

Tenure that is guaranteed by the Constitution is a badge of a judge of an Article III court. The argument that mere statutory tenure is sufficient for judges of Article III courts was authoritatively answered in Ex parte Bakelite Corp.: [8]

[T]he argument is fallacious. It mistakenly assumes that whether a court is of one class or the other depends on the intention of Congress, whereas the true test lies in the power under which the court was created and in the jurisdiction conferred. Nor has there been any settled practice on the part of Congress which gives special significance to the absence or presence of a provision respecting the tenure of judges. This may be illustrated by two citations. The same Congress that created the Court of Customs Appeals made provision for five additional circuit judges and declared that they should [370 U.S. 530, 597] hold their offices during good behavior; and yet the status of the judges was the same as it would have been had that declaration been omitted. In creating courts for some of the Territories Congress failed to include a provision fixing the tenure of the judges; but the courts became legislative courts just as if such a provision had been included.

In Glidden Co. v. Zdanok , the court made the following statement regarding courts in unincorporated territories:

Ever since Canter, the federal courts have been wrestling with the division between legislative and judicial courts. The Supreme Court most thoroughly delineated the permissible scope of Article I tribunals in Northern Pipeline Co. v. Marathon Pipe Line Co. , 458 U.S. 50 (1982), striking down the Bankruptcy Reform Act of 1978 that created the original U.S. bankruptcy courts. The Court noted in that opinion that the framers of the Constitution had developed a scheme of separation of powers which clearly required that the judiciary be kept independent of the other two branches via the mechanism of lifetime appointments. This decision was subsequently revisited and affirmed in Stern v. Marshall , 564 U.S. 462 (2011). However, the Court noted three situations (based on historical understanding) in which Congress could give judicial power to non-Article III courts:

Pursuant to Congress' authority under Article IV, §3, of the Constitution to "make all needful Rules and Regulations respecting the Territory or other Property belonging to the United States"; Congress may create territorial courts and vest them with subject-matter jurisdiction over causes arising under both federal law and local law. But "the Supreme Court long ago determined that in the 'unincorporated' territories, such as American Samoa, the guarantees of the Constitution apply only insofar as its 'fundamental limitations in favor of personal rights' express 'principles which are the basis of all free government which cannot be with impunity transcended'." [9]

Article IV judges, in that capacity, cannot sit on the United States Courts of Appeals or decide an appeal as part of such panels. [10]

List of Article I, Article III and Article IV tribunals

Federal jurisdiction refers to the legal scope of the government's powers in the United States of America. See the 1962 Federal Report titled "JURISDICTION OVER FEDERAL AREAS WITHIN THE STATES". 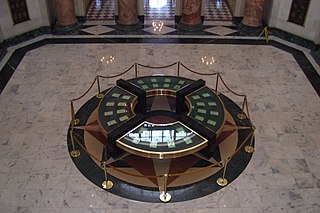 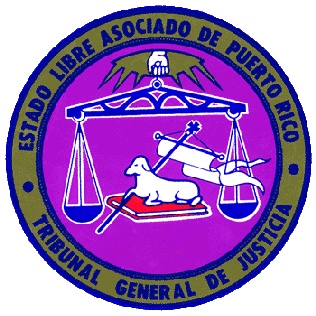 The United States District Court for the District of Puerto Rico is the federal district court whose jurisdiction comprises the Commonwealth of Puerto Rico. The court is based in San Juan. The main building is the Clemente Ruiz Nazario United States Courthouse located in the Hato Rey district of San Juan. The magistrate judges are located in the adjacent Federico Degetau Federal Building, and several senior district judges hold court at the Jose V. Toledo Federal Building and U.S. Courthouse in Old San Juan. The old courthouse also houses the U.S. Bankruptcy Court. Most appeals from this court are heard by the United States Court of Appeals for the First Circuit, which is headquartered in Boston but hears appeals at the Old San Juan courthouse for two sessions each year. Patent claims as well as claims against the U.S. government under the Tucker Act are appealed to the Federal Circuit. 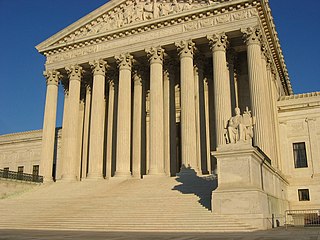 Ableman v. Booth, 62 U.S. 506 (1859), was a United States Supreme Court case in which the Court unanimously held that state courts cannot issue rulings that contradict the decisions of federal courts, overturning a decision by the Supreme Court of Wisconsin. The Court found that under the Constitution, federal courts have the final power to decide cases arising under the Constitution and federal statutes, and that the States do not have the power to overturn those decisions. Thus, Wisconsin did not have the authority to nullify federal judgments or statutes. For example, it is illegal for state officials to interfere with the work of U.S. Marshals acting under federal laws. The Ableman decision emphasized the dual form of American government and the independence of State and federal courts from each other.