The RBA commenced with twenty-seven members, and took until 1876 to reach fifty. [2] [3] Artists wishing to resign were required to give three months' notice and pay a fine of £100. [3] The RBA's first two exhibitions were held in 1824, with one or two exhibitions held annually thereafter. [4]

The RBA currently has 115 elected members who participate in an annual exhibition currently held at the Mall Galleries in London. The Society's previous gallery was a building designed by John Nash in Suffolk Street. Queen Victoria granted the Society the Royal Charter in 1887.

It is one of the nine member societies that form the Federation of British Artists which administers the Mall Galleries, next to Trafalgar Square. 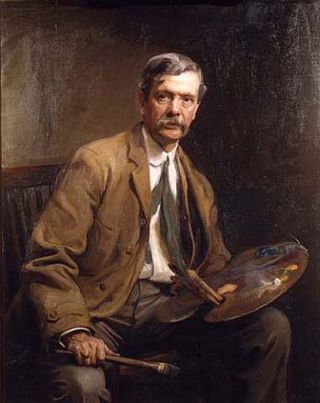 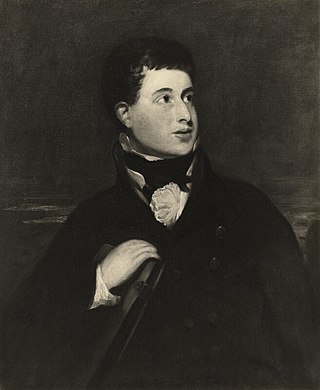 William Yeates Hurlstone was an English composer. Showing brilliant musical talent from an early age, he died young, before his full potential could be realized. Nevertheless, he left behind an exquisite, albeit small, body of work. His teacher Sir Charles Villiers Stanford considered him the most talented of his pupils, above Ralph Vaughan Williams and Gustav Holst. 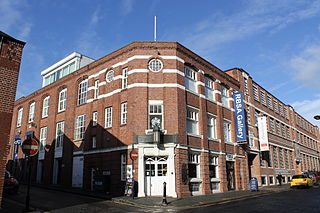 The Royal Birmingham Society of Artists or RBSA is an art society, based in the Jewellery Quarter in Birmingham, England, where it owns and operates an art gallery, the RBSA Gallery, on Brook Street, just off St Paul's Square. It is both a registered charity, and a registered company.

Sir Wyke Bayliss was a British painter, author, and poet. He almost exclusively painted interiors of British and European churches and cathedrals, and was known in the late Victorian era as an academic authority on art. From the start of his career Bayliss' main interest was in depicting architecture, finding "infinite charm" in the "infinite variety of the aspect of a Cathedral interior".

James Hayllar (1829–1920) was an English genre, portrait and landscape painter.

Percy Frederick Horton MA, RBA, ARCA was an English painter and art teacher, and Ruskin Master of Drawing, University of Oxford from 1949 to 1964. During the First World War he was imprisoned as a conscientious objector.

Mark Louis Hallett is an English art historian specialising in the history of British art. He is the Director of the Paul Mellon Centre for Studies in British Art. He has recently been announced as the next Märit Rausing Director of the Courtauld Institute of Art, and is due to take up this post in April 2023.

Richard Hurlstone or Richard Hurleston was a British portrait painter known for being a pupil of Joseph Wright of Derby. He went to Italy with Wright and his wife. He returned and died young after being hit by lightning on Salisbury Plain.

Madeline Emily Green (1884–1947) was a British figurative artist, who exhibited at the Royal Academy, the Society of Women Artists, the Society of Graphic Art and at many other locations in Great Britain, and abroad.

John James Wilson (1818–1875) was the son of John Wilson who was a Scottish landscape and marine painter. The son exhibited similar works to his father's and from the same London address until 1847. Most were landscapes until 1849 and marines thereafter. He moved to Folkestone with his father in 1853. John James Wilson was a prolific artist, exhibiting in excess of six hundred paintings during his working life.

Jane Hurlstone was a Scottish watercolour artist and vegetarianism activist. She has been cited as one of the founding members of the RSPCA. Hurlstone was a supporter of Owenism, animal welfare and Italian nationalism.

William Robinson Thomson RBA, ARCA was a British artist within the Modern British school of the late twentieth century. He is known for his portraiture and paintings of the female nude. Major influences on his work included Rembrandt, Degas and Cezanne.