The Royal Society of Portrait Painters is a charity based at Carlton House Terrace, SW1, London that promotes the practice and appreciation of portraiture.

Its Annual Exhibition of portraiture is held at Mall Galleries, and it runs a commissions service to help those wanting a portrait throughout the year. Activities include artist Prizes, Awards, demonstrations, workshops, debates and talks.

The Society is a member of the Federation of British Artists.

The Royal Society of Portrait Painters was founded in 1891 by the leading portrait painters of the day. Being dissatisfied with the selection policies of the Royal Academy for its annual exhibition in London, they formed a new body to be concerned solely with portrait painting.

At the Coronation Exhibition of 1911, which marked its 20th anniversary, it was announced that King George V had conferred on the society the status of a Royal Society, and it has been known as the Royal Society of Portrait Painters since then.

Of the country's two major annual portrait exhibitions, the one at the National Portrait Gallery in June might be better known, but the one at the Royal Society is surely the more glittering, as it is to the society that many of the country's powerful institutions go to commission portraits of their leaders. [1]

To encourage the genre of portrait painting, they offer a portrait commissions service. [2]

The Society holds an Annual Exhibition, which takes place every year at the Mall Galleries, The Mall, by Trafalgar Square, London.

A major showcase for some 200 recent portraits it is the largest contemporary portrait exhibition in the UK. It is formed by a cohort of work by distinguished members alongside works by non-member artists who have successfully competed to be included in the show. Unlike other shows, the works are entirely selected by portrait painters. The exhibition aims to include the best of a wide variety of styles in painted and drawn media. [3]

Many prizes are awarded via the Annual Exhibition. These include The William Lock Portrait Prize worth £20,000,the Ondaatje Prize for Portraiture, the Prince of Wales Award for Portrait Drawing, the Burke's Peerage Foundation Prize and the de Laszlo Foundation Prize, and the Smallwood Architects Prize. [4]

The People's Portraits Collection owned by the society was founded in 2000 as a millennial exhibition. The idea was to represent ordinary people from all walks of life, and thereby offer a picture of the United Kingdom as it moved from the 20th century into the 21st. Each portrait is donated by a Member and Members continue to add to this collection. [5]

The Collection has been housed at Girton College (one of the 31 constituent colleges of the University of Cambridge) since 2002 as a long-term loan, and is open to the public every day. [6]

The Honourable John Maler Collier RP was a British painter and writer. He painted in the Pre-Raphaelite style, and was one of the most prominent portrait painters of his generation. Both of his marriages were to daughters of Thomas Henry Huxley. He was educated at Eton College, and he studied painting in Paris with Jean-Paul Laurens and at the Munich Academy starting in 1875. 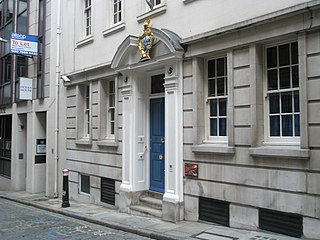 The BP Portrait Award is an annual portraiture competition held at the National Portrait Gallery in London, England. It is the successor to the John Player Portrait Award. It is the most important portrait prize in the world, and is reputedly one of the most prestigious competitions in contemporary art. 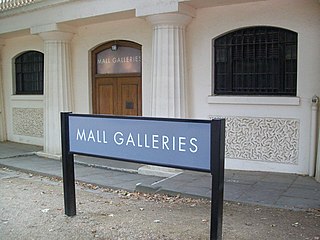 David Cobley is an English portrait and figure painter and founder of Bath Artists' Studios.

David Fisher was an award-winning English artist and designer based in Midsomer Norton, Somerset. He was a prolific designer and painter of pub signs before securing a unique commission to create vast murals to improve UK service stations. He has won many awards including the Holburne Museum of Art's portrait award. His work has been praised by Victoria Glendinning, Humphrey Ocean RA and John Leighton, Director of the National Galleries of Scotland. 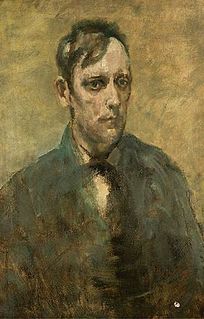 Andrew Thomas Festing MBE PPRP is a British portrait painter, and fellow and former president of the Royal Society of Portrait Painters.

The Lynn Painter-Stainers Prize is an annual art award, intended to encourage creative representational painting and draughtsmanship. It gives out prizes totalling £25,000. The prize originated in London in 2005, with a collaboration between the Worshipful Company of Painter-Stainers and the Lynn Foundation. The final exhibition has been held at the Mall Galleries, London, since 2012. 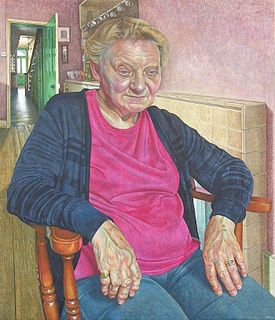 Robin-Lee Hall is a Surrey-based English fine artist and former President of the Royal Society of Portrait Painters.

Martin Yeoman is an English painter and draughtsman who drew members of the British Royal Family. He was commissioned to draw the Queen's grandchildren and accompanied Charles, Prince of Wales, on overseas tours as tour artist. He is described as one of the finest draughtsmen working today and is a member of Senior Faculty at the Royal Drawing School.

Margaret Thomas was a British painter. She is remembered in particular for her still lifes and her flower paintings which received considerable acclaim, and are in numerous UK public collections.

Jan Mikulka is a Czech painter, known for his still-life painting and figurative and portrait work. He was awarded three times at the international competition held by The Royal Society of Portrait Painters in London. In 2011 he won the BP Portrait Award, two years later the first prize for self-portraiture, and in 2016 The Changing Faces Prize, also awarded by The Royal Society of Portrait Painters.