The Royal Zoological Society of Scotland is a learned society and registered charity based in Edinburgh, Scotland. [1] It was founded by, Thomas Haining Gillespie, in 1909. In 1913, Edinburgh Town Council bought a large plot of land on Corstorphine Hill for the society - this later opened to the public as Edinburgh Zoo. [2] The Society received its Royal Charter in 1913. [3] The principal objective of the Society mentioned in the original charter is:

To promote, facilitate and encourage the study of zoology and kindred subjects and to foster and develop amongst the people an interest in and knowledge of animal life. [4]

In 1986, the society acquired the Highland Wildlife Park. [5]

The Royal Society for the Protection of Birds (RSPB) is a charitable organisation registered in England and Wales and in Scotland. It was founded in 1889. It works to promote conservation and protection of birds and the wider environment through public awareness campaigns, petitions and through the operation of nature reserves throughout the United Kingdom. 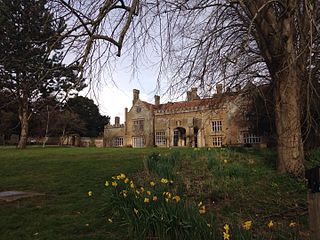 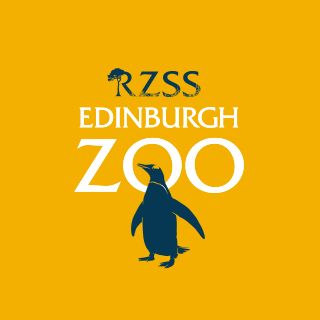 The Scottish Wildlife Trust is a registered charity dedicated to conserving the wildlife and natural environment of Scotland. 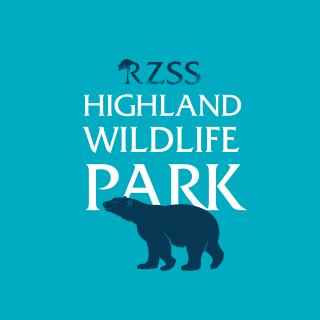 The fauna of Scotland is generally typical of the northwest European part of the Palearctic realm, although several of the country's larger mammals were hunted to extinction in historic times and human activity has also led to various species of wildlife being introduced. Scotland's diverse temperate environments support 62 species of wild mammals, including a population of wild cats, important numbers of grey and harbour seals and the most northerly colony of bottlenose dolphins in the world.

The Royal Medical Society (RMS) is a society run by students at the University of Edinburgh Medical School, Scotland. It claims to be the oldest medical society in the United Kingdom although this claim is also made by the earlier London-based Society of Apothecaries (1617). The current President of the 284th session is third year medical student Mr Liam Parkinson. The RMS is a professional society engaged in the advancement of medical knowledge and provision of assistance to medical students and professionals.

Children 1st, previously known as the Royal Scottish Society for Prevention of Cruelty to Children, is a Scottish charity which aims to give every child in Scotland a safe and secure childhood. Children 1st supports families under stress, protects children from harm and neglect, promotes children's rights and helps children recover from abuse. 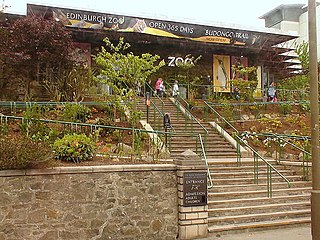 Edinburgh Zoo is a zoological park in Corstorphine, Edinburgh, Scotland which opened on 22 July 1913. Edinburgh had previously been home to a zoological garden which failed to thrive. The new zoo is owned and run by the Royal Zoological Society of Scotland and initially opened as the Scottish National Zoological Park. Modern zoological methods allowed animals to survive in Edinburgh's cold climate. 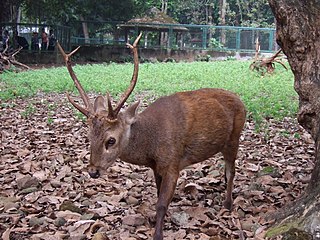 The Bawean deer, also known as Kuhl's hog deer or Bawean hog deer, is a highly threatened species of deer endemic to the island of Bawean in Indonesia. Due to ongoing habitat loss, small population size and limited range, the Bawean deer is evaluated as critically endangered on the IUCN Red List of Threatened Species. It is listed on Appendix I of CITES. It has few natural enemies except for birds of prey and large snakes such as pythons.

Thomas Haining Gillespie FRSE FSZS was a Scottish solicitor, zoological administrator, and broadcaster. He was the founder of Edinburgh Zoo and of its parent organisation the Royal Zoological Society of Scotland. As a broadcaster on the children's radio programme Children's Hour he was known as "the zoo man", giving talks and answering questions on zoological matters. 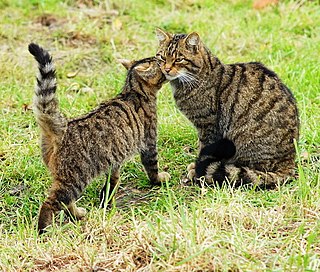 The Scottish wildcat is a European wildcat population in Scotland. It is estimated to comprise between 1,000 and 4,000 individuals, of which about 400 cats are thought to meet the morphological and genetic criteria of a wildcat. The Scottish wildcat was once widely distributed across Great Britain, but the population has declined drastically since the turn of the 20th century due to habitat loss and persecution. It is now limited to northern and eastern Scotland. It is listed as Critically Endangered in the United Kingdom, threatened by both hybridization with domestic cats as well as more immediate, large-scale threats to their remaining habitat due to increased human demand for natural resources. Camera-trapping surveys carried out in the Scottish Highlands between 2010 and 2013 revealed that wildcats live foremost in mixed woodland, whereas feral and domestic cats were photographed mostly in grasslands. 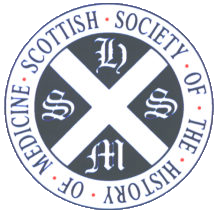 The Scottish Society of the History of Medicine (SSHM) was founded in 1948. Its aims are "to promote, encourage and support the study of the history of medicine", with a particular interest in Scottish Medicine. Founded at a time when the study of history of medicine was dominated by medical doctors, the society aimed, from the start, to have a broad based membership, to interest others in the subject. Historians, librarians, scientists, pharmacists and others have all played an active role in its activities, and representatives from these professions have become presidents.