A merchant bank is historically a bank dealing in commercial loans and investment. In modern British usage it is the same as an investment bank. Merchant banks were the first modern banks and evolved from medieval merchants who traded in commodities, particularly cloth merchants. Historically, merchant banks' purpose was to facilitate and/or finance production and trade of commodities, hence the name "merchant". Few banks today restrict their activities to such a narrow scope.

Set up as a bullion brokerage firm, it aimed to make money from the Australian gold rush by brokering deals between sellers and buyers. From 1911 onwards, it became part of the group of companies which formed the London bullion market. [1]

Bullion is gold, silver, or other precious metals in the form of bars, ingots, or specialized coins. Typically, bullion is used for trade on a market. The word "bullion" comes from the old French word bouillon, which meant "boiling", and was the term for the activity of a melting house.

A broker is a person or firm who arranges transactions between a buyer and a seller for a commission when the deal is executed. A broker who also acts as a seller or as a buyer becomes a principal party to the deal. Neither role should be confused with that of an agent—one who acts on behalf of a principal party in a deal.

The London bullion market is a wholesale over-the-counter market for the trading of gold and silver. Trading is conducted amongst members of the London Bullion Market Association (LBMA), loosely overseen by the Bank of England. Most of the members are major international banks or bullion dealers and refiners.

After the death of founder Samuel Montagu, the bank passed into the ownership of the family trust, Montagu Trust. In 1967, the Midland Bank acquired a share in Montagu Trust, and so became the first British clearing bank to control a London merchant bank. Samuel Montagu & Co. became a wholly owned subsidiary in 1974, [2] and on completion of the acquisition Midland also gained a majority share in Guyerzeller Bank AG in Switzerland. Michael Samuel Rosenberg was Director of Corporate Finance for Samuel Montagu & Co. Ltd., from 1972 to 1974 [3] [2]

HSBC Guyerzeller Bank AG, a member of the HSBC Group, was a Swiss private bank advising individuals and families in all matters of wealth management, investment advice and trust services. Its head office was in Zurich, and it had two branches in Geneva, as well as representative offices in Hong Kong and Istanbul. It had 360 employees and about CHF 29 billion in assets under management. It is now subsumed under HSBC Private Bank.

Samuel Montagu's chairman in 1977 was Philip Shelbourne, who owned a terrier named Montagu, which would travel with him in the back seat of his chauffeur-driven Mercedes. Shelbourne, a trained barrister, had been the first outside director of NM Rothschild, before joining the Drayton Corporation, a manager of investment trusts. Its founder, Harley Drayton, was a well-known City buccaneer. Drayton was later absorbed by Samuel Montagu, to form the merchant bank's investment management subsidiary, Drayton Montagu Portfolio Management. In 1977 its managing director was David, now Lord, Stevens.

Today, Samuel Montagu & Co. forms part of the private banking service of HSBC. The name was last used by HSBC in 2000. In 2003, HSBC spun off its private equity business, which took the name Montagu Private Equity. [4]

Montagu Private Equity is a European private equity firm with headquarters in London. Founded in 1968, in 2017 it was reported to have over €4 billion of fund assets under management. It has invested in over 400 businesses over the last four decades. Montagu also has offices in London, Düsseldorf, Manchester, Paris and Warsaw.

HSBC Bank Canada, formerly the Hongkong Bank of Canada, is a bank in Canada that is a subsidiary of British banking giant HSBC - one of the largest banking groups in the world. HSBC Canada is the seventh largest bank in Canada, with offices in every province except Prince Edward Island, and is the largest foreign-owned bank in the country. Corporate headquarters are in the financial district of Vancouver, British Columbia. HSBC Bank Canada's Institution Number is 016.

HSBC, officially known as The Hongkong and Shanghai Banking Corporation Limited, is a wholly owned subsidiary of HSBC, the largest bank in Hong Kong, and operates branches and offices throughout the Asia Pacific region, and in other countries around the world. It is also one of the three commercial banks licensed by the Hong Kong Monetary Authority to issue banknotes for the Hong Kong dollar.

Ping An Insurance known also as Ping An of China, full name Ping An Insurance (Group) Company of China, Ltd. is a Chinese holding conglomerate whose subsidiaries mainly deal with insurance, banking, and financial services. The company was founded in 1988 and has its headquarters in Shenzhen. "Ping An" literally means "safe and well".

Nedbank Group is one of the largest financial services groups in Africa offering wholesale and retail banking services as well as insurance, asset management and wealth management solutions through its frontline clusters, namely Nedbank Corporate and Investment Banking, Nedbank Retail and Business Banking, Nedbank Wealth and the Rest of Africa. Nedbank Limited is a wholly owned subsidiary of Nedbank Group.

HSBC Bank plc is one of the largest banking and financial services organisations in the world. HSBC's international network comprises around 7,500 offices in over 80 countries and territories in Europe, the Asia-Pacific region, the Americas, the Middle East and Africa.

HSBC Trinkaus & Burkhardt AG, operating as HSBC in Deutschland, is a German financial services company. It traces its history back to 1785 and is one of the longest-established members of the HSBC Group. HSBC in Germany has operations in private, commercial and investment banking and asset management. The German entity reports to HSBC Bank plc.

AmBank Group comprises AMMB Holdings Berhad is one of the largest banking groups in Malaysia whose core businesses are retail banking, wholesale banking, islamic banking, and life and general insurance.

Macquarie Group Limited is an Australian multinational independent investment bank and financial services company. Headquartered and listed in Australia, Macquarie employs more than 14,000 staff in 25 countries, is the world's largest infrastructure asset manager and Australia's top ranked mergers and acquisitions adviser, with more than A$495 billion in assets under management. The company's operating groups include Macquarie Asset Management and Macquarie Capital.

CIVC Partners, previously known as Continental Illinois Venture Corporation, is a Chicago-based private equity firm that presently has over $1.3 billion of equity capital under management. The firm's predecessor was established in 1970 as a subsidiary of Continental Illinois National Bank and Trust Company. CIVC Partners provides growth and buyout capital to middle-market companies engaged in business services, financial services, and marketing and information services. When Continental Illinois was acquired in 1994 by Bank of America, the CIVC team formed a semi-independent private equity firm, CIVC Partners, with backing from Bank of America. Today, CIVC is an independent middle-market private equity firm with a diverse group of L.P. investors, and recently raised its fourth fund.

Keith Reginald Harris is a London-based investment banker and financier with a 30-year career as a senior corporate finance and takeover advisor, having held senior executive positions at leading institutions Morgan Grenfell, Drexel Burnham Lambert, Apax Partners, and HSBC Investment Bank. He is a private equity investor with interests in varied private equity holdings in financials, media, and sport.

Francis Pike is a British historian and business, economic and political advisor. He lived and worked for 20 years in Japan, China and India and has advised financial institutions as well as governments in Japan, Australia, India, China, Singapore, Bangladesh, Europe, the Middle East and the United States. In 1989 Pike was responsible for setting up the first development capital fund investing in the countries of Eastern Europe. As a historian he has specialized in the relationship between the United States and Asia. His first book, Empires at War, A Short History of Modern Asia since World War II [2010], was followed by a prequel, Hirohito's War, The Pacific War 1941-1945 [2015]. Hirohito’s War has been described as the definitive one volume history of the Pacific War and has been favorably reviewed in journals such as The Spectator, The New Statesman, Foreign Affairs, Military History Monthly, World War II History Magazine and Publishers Weekly. 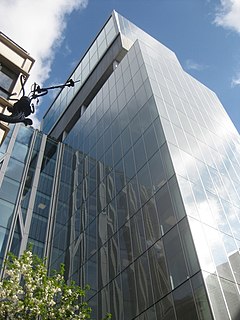